Last Week: Interest rates and Global equities were up for the week as investors re-focused on strong US corporate earnings and overlooked increasing geopolitical tension and a likely delay in US tax reform. Oil prices gave back last week’s gains, the dollar traded flat and Gold fell. US Treasury yields drifted slightly lower to 2.25%, 1-month LIBOR did the same, ending the week at .9905% from .9927% the week prior as investors remained concerned about the French elections and the diminished prospects of US fiscal stimulus. Volatility, as measured by the Chicago Board Options Exchange Volatility index, moderated to 14.7, down from 16 last week.

Fed says economy expanding at a modest pace. The US Federal Reserve released its Beige Book in advance of the May Federal Open Market Committee meeting, noting continued modest economic growth and tight labor markets. Despite the Fed’s upbeat outlook for the economy, investors are dialing back expectations of multiple further rate hikes in 2017, pricing in only one additional for the rest of the year.

Tax reform may be delayed. US Treasury Secretary Steven Mnuchin downplayed the odds of Congress being able to pass tax reform ahead of the scheduled August recess. Earlier in the year, Mnuchin said he intends to overhaul the unwieldy US tax code by August, but the inability of the House Republicans to agree on a plan to repeal and replace Obamacare seems to have blunted the administration’s confidence.

FREXIT Risk subsides. For once the polls got it right. France’s first round Presidential election cleared the field of 11 candidates leaving just two choices for president, Le Pen and Macron. We’re expecting centrist Macron to win in the final vote on May 7th given his sizable lead in the polls, a result that will lighten the risk France leaves the EU tremendously.

This Week: US Q1 GDP – with the first reading being released this week –  is expected to come in at 1.1%, much lower than the four-quarter trailing average of 1.9%. Markets will focus on economic data that prove expected economic weakness in Q1 was just due to weather-related issues, a scenario that has repeated itself in several years past. As such, this week’s release of April data on consumer confidence, durable goods, and the Chicago Purchasing Managers Index – a measure of overall economic activity – will take center stage. After rising sharply after the election, consumer confidence remains on a tear, recently surging to its highest level since the year 2000. We’re expecting a pullback this month, along with other confidence barometers, on the back of diminishing expectations for sweeping, Trump-driven, fiscal reform.

We still believe that GDP will surge higher in Q2 and beyond – as it has in years past – as the current promising trends in wage and salary growth filter through the economy, and the mighty US consumer bridges the gap ahead of resurging business investment which will begin to share the growth load later in the year.

Take-Away: The end of this week marks the 100th day of the Trump presidency, and it’s looking like much of his ambitious campaign agenda will be watered down over time and implemented later than expected. As such, market and business sentiment gauges are beginning to retrace from their post-election peaks, along with Treasury yields.

For now, the administration’s renewed efforts to get the healthcare and tax agendas moving will be monitored closely as it’s played a significant role in driving yields lower. With the looming May 3rd Fed meeting likely be a non-event, markets will look to the economic data for clues on the near-term direction of interest rates. 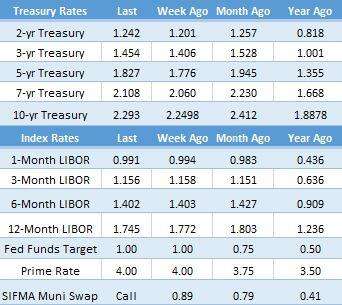 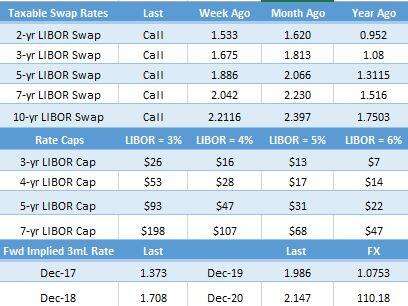 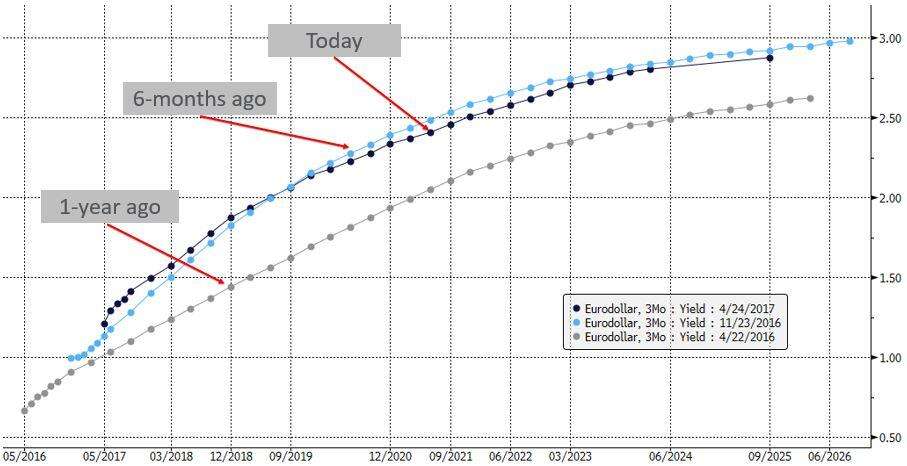