Last Week: The minutes of the September Fed meeting stole the show last week, revealing that several officials felt a rate hike is needed “fairly soon,” and that an argument could be made for either an increase at that (September’s) meeting or shortly thereafter. Officials made note that Q4 reads on the health of the labor market and inflation would be highly influential on their short-term policy decisions. The FOMC next meets in November, a few days before the presidential election. Most observers expect the committee to wait until the December meeting to hike rates.

As we’ve stated before, sustained economic growth is highly dependent on the US consumer. Thus, last week’s read of US retail sales, rose 0.6% in September, while August sales figures were revised to -0.2% from an initial 0.3%. Combined with a string of solid employment figures, the idea that the Fed will hike rates before the end of the year is becoming widely accepted.

It was another tumultuous week for the British pound, which fell to fresh lows after the UK government claimed that a “hard” Brexit, in which UK companies lose access to the EU single market, could cost the government £66 billion per year in tax receipts and gross domestic product could fall between 5.4% and 9.5% after 15 years. We’re keeping a close eye on Europe and the UK as any overt negative reaction to Brexit could have an impact on the Fed’s future rate decisions.

For financial markets, global equities slipped modestly, weighed down by a firmer US dollar and rising long-term interest rates. Oil prices held steady above $50 per barrel, while Gold traded lower. The yield on the US 10-year Treasury rose to 1.76% from 1.73% last week, while 1-month LIBOR rose to .5357 from .5295 the week prior.

This Week: As the close of 2016 steadily approaches, we look back on a year marked by shallow, incremental economic growth, with GDP logging just 0.8% in Q1 and a slightly better 1.4% in Q2. While hopes abound for a stronger second half of the year, data for Q3 only show marginal improvement, shackled by lackluster consumer spending and muted corporate CapEx. With the Fed now forecasting annual growth at 1.9%, growth in Q4 needs to come in strong to meet the Fed’s forecast and help pave the road for a string of rate hikes next year.

The week ahead’s gauges on industrial production, consumer prices, and housing are mostly second-tier and not market moving, but will provide clues into whether the Fed’s forecast is attainable. A handful of speeches from Federal Reserve are on tap, and will serve to reinforce market expectations on the timing of the next hike (December) and begin laying the groundwork for what to expect for the path of hikes next year.

Take-Away: Barring any unexpected, significant economic shock, a 0.25% hike in December is a done deal. As such, we’re now looking toward the 2017 rate outlook (more on that in the weeks to come). While a hike next month is a possibility and would support the Fed’s self-proclaimed political independence, Trump and Clinton’s wildly divergent policy initiatives will prompt the Fed to take a pass until the future is more known, allowing it to better assess how the president-elect will impact the economic outlook. 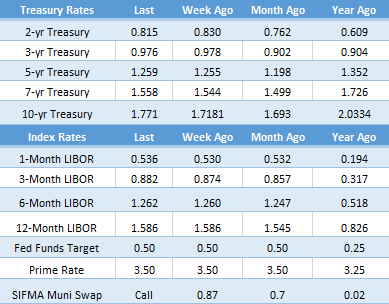 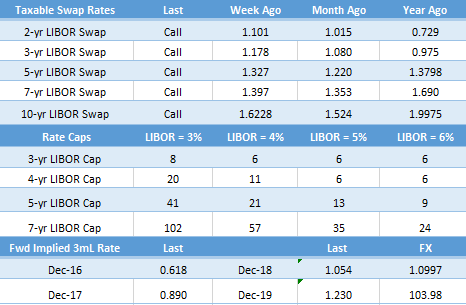 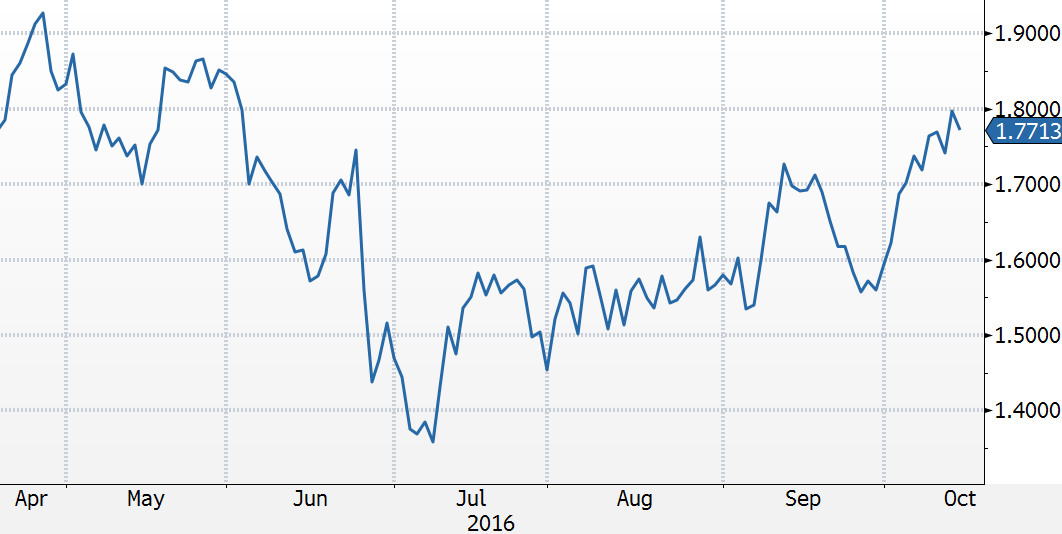 LIBOR Futures (where the market thinks LIBOR is headed): 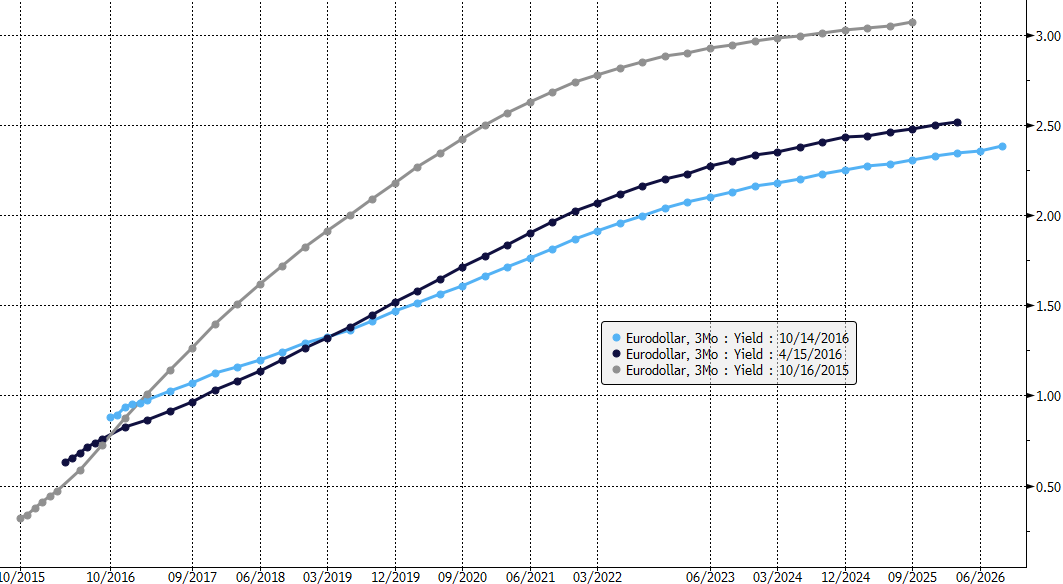