Last Week: Interest rates rose while equities were little changed on a net basis amid slowing activity ahead of the holidays. Yields on US 10-year Treasury notes rose to 2.49% from 2.36% the week prior, as the passage of the US tax reform bill is expected to provide a tailwind to the economy beginning in early 2018. 1-month LIBOR followed the 10-year Treasury higher, rising to 1.5637 from 1.5011.  Oil rose, the US Dollar traded mostly flat and Gold rallied. Market volatility slipped to 9.45 from 10 a week ago.

Tax reform is a done deal. The GOP-sponsored tax bill was signed into law on Friday. The law’s key provisions include a lower corporate tax rate – 21%, down from 35% – lower rates for individuals, as well as a near doubling of the standard deduction. The passage of the bill set off a wave of announcements from the likes of AT&T, Wells Fargo and Comcast touting wage hikes, investments, and employee bonuses.

Third Quarter GDP revised higher. Economic growth is looking good. Estimates for Q3 GDP were revised upward from 3.0% to 3.3%. Sales results from the full holiday shopping season will provide clues on just how enthused consumers are with the tax reform bill. That will set the tone for GDP growth in future quarters. 2018 looking solid.

Mixed signals from consumers. Data on Personal Incomes and Outlays showed mixed signals with strength in consumer spending (up 0.6%) in November but income rising a paltry 0.3%. The report also showed the savings rate has dropped to its lowest level in ten years.

US home sales firmed in November. Sales of existing homes rose 5.6% in November to a nearly 11-year-high pace of 5.81 million units. Economists had been expecting only a 0.9% increase. Tight inventories of homes for sale have been blamed for a relatively sluggish housing market for much of 2017.

What to Watch This Week: It’s a quiet week ahead, with only second tier data on tap and financial markets suffering from wide prices and low volumes.

Take-Away: It’s going to be a solid start to 2018. Consumers look to be finally engaged in a sustained spending pattern, bolstered by strong job market, and businesses spending will eventually provide a tailwind by finally engaging in meaningful capex. The effects of tax reform, even though deficit-funded, will add to the positive mix, especially early in the year.

A stronger and strengthening economy should cause inflation to show up, although not well into the year. Fed hikes will likely accompany it as the FOMC seeks to do its job and make sure growth doesn’t get out of hand. Regardless of Fed hikes, the near decade-long economic expansion looks to challenge the previous post-WWII record in length.

What does tax reform really mean? The big picture view of the lower corporate tax rate is that profits should rise for most companies. GDP growth will be boosted, especially next year, and that wages will finally begin to rise a little faster (although still slower than everyone hopes), justifying sequential Fed rate hikes. 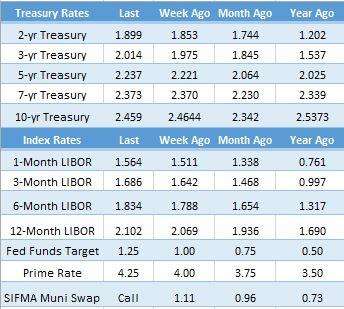 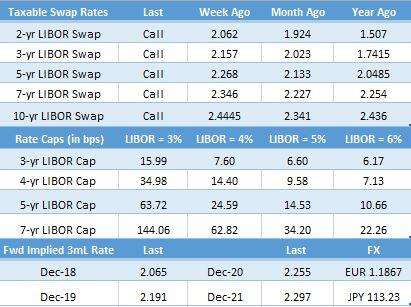 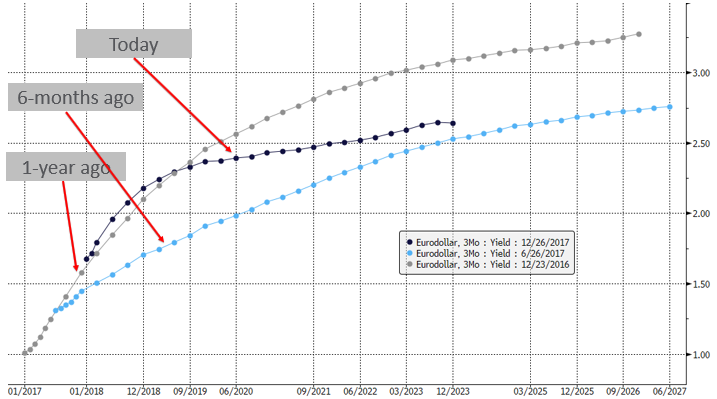