What You Missed: Long-term interest rates fell, and equities declined for the week as inflationary concerns, corporate profit weakness and growth concerns created a doom-and-gloom theme in markets. The yield on the US 10-year Treasury note settled at 2.81% after breaching 3% earlier in the week.  Short-term yields, like the 2-year Treasury, ended the week nearly flat after retracing its 14-basis point rise early in the week.  The price of a barrel of West Texas Intermediate crude oil increased to $112.21 from $110.04, while the US Dollar weakened, and Gold strengthened. Treasury yield volatility, a key driver of the cost of rate caps and other option-based interest rate hedges, declined steadily through the week but remained near two-year highs.

Credit starts to show cracks as equities sell off.  Investor appetite for risk is falling amid prolonged volatility in the equity markets, causing credit spreads to widen across both global investment-grade and high-yield bond markets. Several new bond issues were canceled in May due to adverse market conditions. The rout in equity markets continued after several attempted bounces failed last week, with the tech-heavy Nasdaq Composite Index leading domestic indices lower on the year. The S&P 500 Index is nearing a bear market from January levels and is down 19% year to date while the Nasdaq appears firmly entrenched in a bear market, having fallen around 27% year to date. The billion-dollar question now? If credit wobbles will begin to show up in other markets and/or industries. Only time will tell.

Retailers are facing margin pressure. Is it a signal of a nervous consumer? Higher inflation and supply chain pressures have started to impact profit margins of large, national retailers in a meaningful way as revealed by several earnings releases from the likes of Target, Walmart, and Costco last week.

As we’ve been saying for weeks now, higher goods prices have started to drive customers away from spending on discretionary items and toward staples, and its finally showing up in corporate earnings. In addition, customer preferences have begun to shift from goods to services, resulting in higher than anticipated retail inventories. Given that consumer spending equates to about 70% of US economic activity, any signals of a waning spending appetite by consumers doesn’t bode well for the economy.

Our take: The fact that big box retailers are hurting is no surprise. Consumers’ shift away from pandemic-turbocharged goods purchases, which account for barely 20% of the consumer basket excluding food and gas, has naturally diminished demand in sectors such as furnishings, apparels, electronics, and other discretionary items. Spending on services, which is roughly double the weight of goods in the consumer basket, is still robust. All told, when combined with solid consumer balance sheets, the dynamic isn’t yet a signal of a softening consumer demand. One month’s worth of consumer spending data and corporate earnings don’t make a trend though; we’ll have to see a continuation of the dynamic to make any real judgements; it’s something to keep an eye on, nonetheless.

Risk of recession is suddenly dominating the minds of investors. Is the fear justified?  Several former and current Fed members have recently stated that the Fed may need to push the economy into recession to kill inflation. Others, like Fed Chair Jerome Powell, believe a soft landing is possible. Based on past tightening cycles going back to the early 1950s, where all but five tightening cycles ended in recession, history tells us that the Fed will struggle to prevent an economic slump as it seeks to yank us out of the high inflation + low unemployment world we’re living in.

Here are a few sets of data you might find interesting in plotting the Fed’s success at engineering a soft economic landing this time around:

Bottom line? Overall, past tightening cycles show that the farther away inflation and unemployment are from the Fed’s official target, the lower the chances are for a soft landing, and the more that’s required of the Fed to cool the economy. Even if the Fed is successful at avoiding a recession, we’re certain that a significant growth slowdown in 2023 is inevitable.

This never-wrong recession indicator issues a warning. US construction employment has served as a useful indicator over the decades of the overall health of the economy, and as a signal of looming recession. Going back to the 80’s, when it trends lower, a recession has followed within a year. With fears about the health of the housing market already growing, there was little good news in the most recent set of data, which showed that a mere two-thousand jobs were added in construction in April.

What to Watch This Week: After last week’s equity market dive, along with data and earnings releases that implied that consumers have pulled back, where do we go from here? Is the perceived drop in consumer demand significant enough to push the US economy into a recession? Not anytime soon. While the probability of a recession in 2023 is high, the fundamentals are strong enough that demand will keep economic growth positive likely through early 2023.

What’s the secret sauce that’s helping to keep the US out of recession? Consumers’ record-low debt-servicing-to-income ratio, which has allowed for borrowing to fund spending in the short term, thanks to many people paying off debt during the pandemic. That could explain why consumer spending (Personal Consumption Expenditures, Friday) has remained strong in the face of rising inflation, and why the steepest increase in mortgage rates since the 1990s has not resulted in a collapse in housing demand (new home sales, Tuesday mortgage applications, Wednesday). 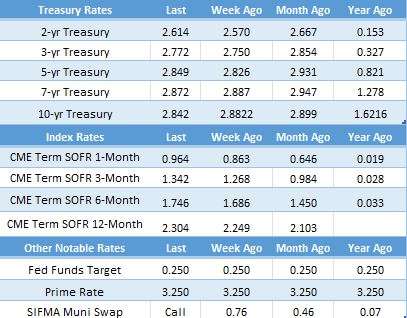 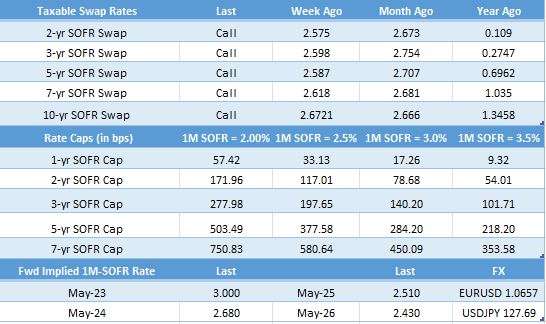 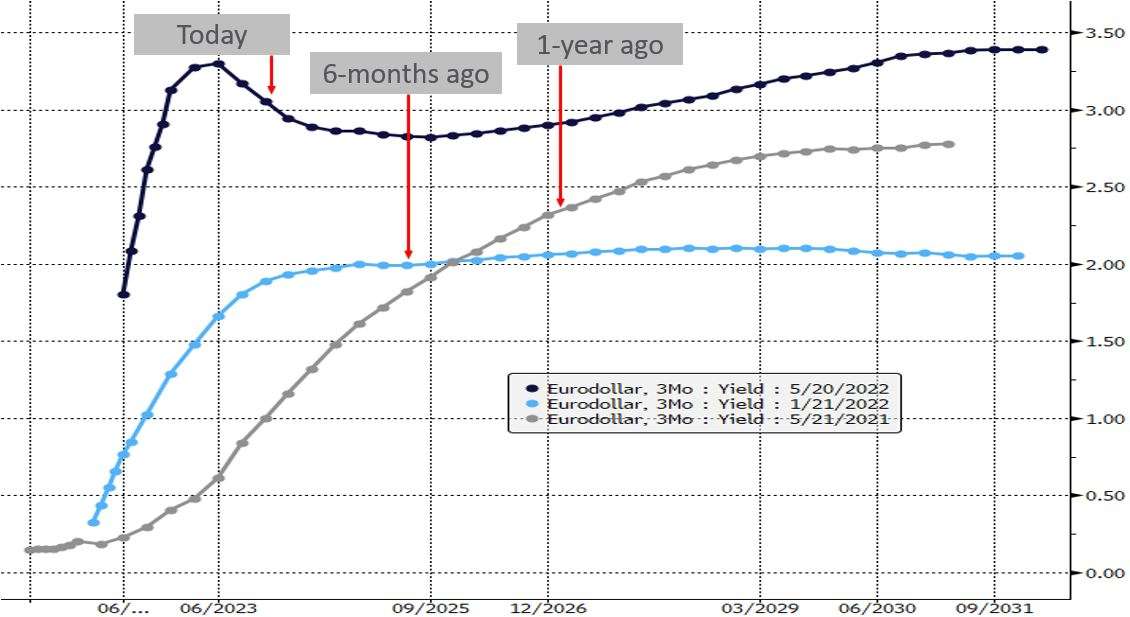 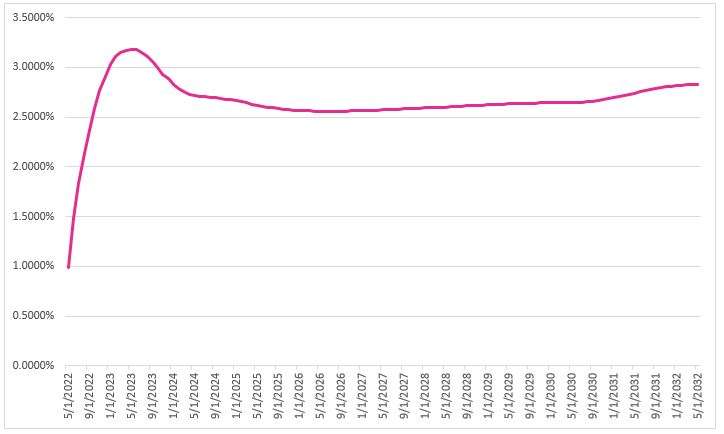 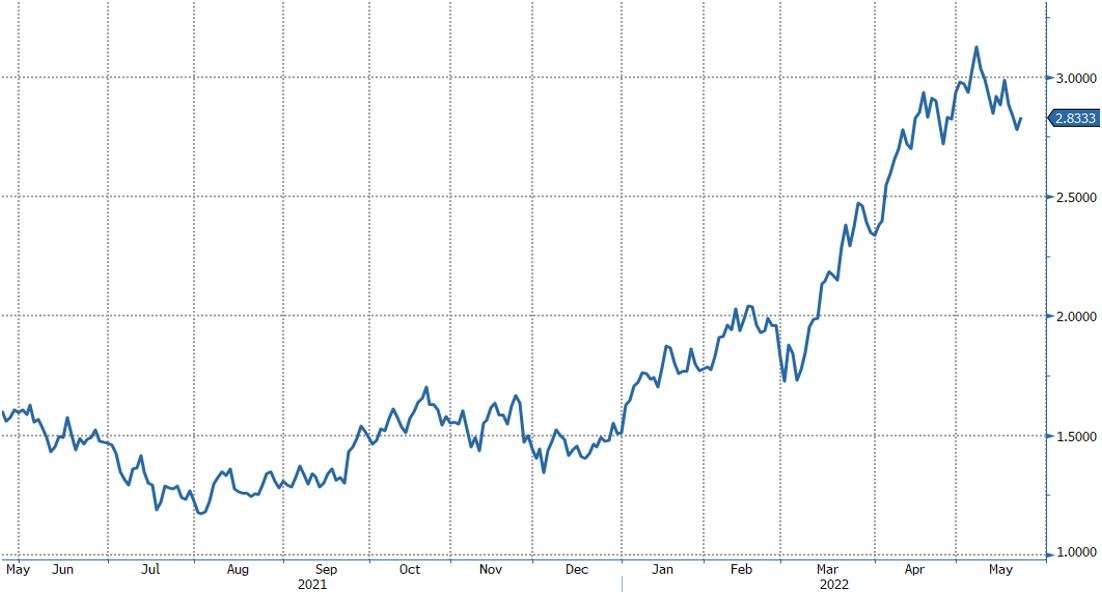 Growth Is The New Boogeyman
Scroll to top