Last Week: Interest Rates fell in concert with equity markets continuing their record setting streak. The Dow Jones Industrial Average recorded 10 record daily closing highs in a row as of last Friday, driven higher by investors optimism that US president Trump will cut taxes, reduce regulation and implement a sweeping infrastructure spending program. The yield on the 10-year US Treasury bond fell 2.9% this week to 2.34%, while 1-month LIBOR rose to .7805% from .7772% the week prior. Oil remained relatively unchanged and the US dollar traded lower while Gold traded higher. Market volatility increased slightly this week, but continued to remain relatively low.

The Fed, in the release of its meeting minutes, signaled the potential for a rate hike at its next policy meeting in March. Citing potentially increased spending and reduced taxation under the Trump administration, the minutes suggested that the Fed may act more aggressively to keep a lid on inflation. Markets are expecting two rate hikes in 2017, and while odds of an increase have risen for March, they remain low, at around 22%. While the minutes showed Fed officials are eager to continue raising rates, they won’t rush to do so given the significant fiscal policy uncertainty.

FREXIT fears are building – French right wing candidate Marine Le Pen narrowed her gap against her two main political rivals, according to French polls. Ms. Le Pen favors dropping out of the euro currency, and after the BREXIT vote that caught most by surprise, it seems markets aren’t taking any chances, as the spread on French five-year government bonds rose to its highest level since the Eurozone debt crisis.

This Week: It’s a busy one for economic data, with several tier-1 data releases on tap. The January personal income and spending report, set for release on Wednesday, will take the spotlight, as any strong showing would validate the recent surge in consumer’s retail spending activity. Tuesday’s Consumer Confidence data for February will also garner significant attention, as markets look for clues that consumer’s optimism post-election is beginning to top out, as is widely suspected.

Once again, a crowded calendar of speeches from Fed officials this week will give markets their last insight ahead of the Feds March 15th FOMC meeting. Fed Chair Yellen is the last speech on the docket as she speaks in Chicago on Friday.

President Trump will speak to Congress on Tuesday, and the speech is being deemed a de-facto State of the Union address. Markets will be listening closely for greater detail on the administration’s priorities for the coming year, including details on timing and order of execution.

Take-Away: We’ll likely see a strong showing in US economic data this week. Even so, the Fed isn’t in a rush to hike, as so much of the new administration’s policy agenda remains unknown, and certainly won’t be clarified to any great extent by speeches. Is the Fed behind the curve? We continue to look to the Tier-1 “hard” economic data slated for release over the next several weeks – employment, incomes and spending, GDP and factory activity – for clues on the true state of the economy. We remain firm in our belief the Fed won’t hike until June, at soonest. 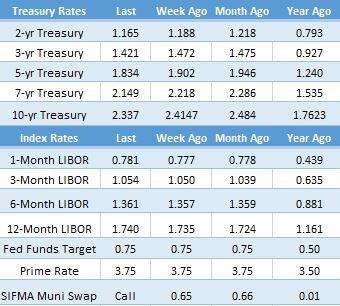 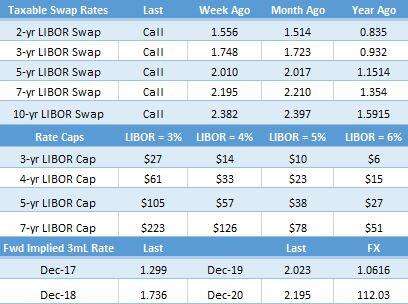