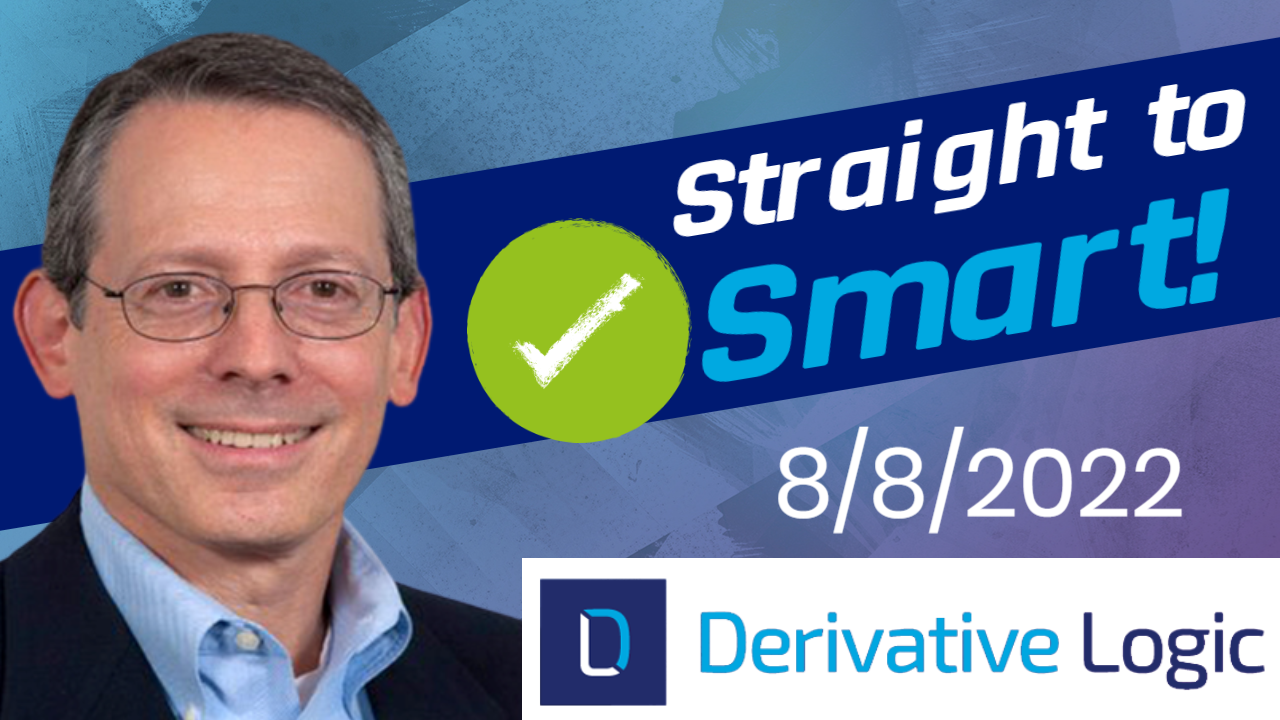 For the week, 2-yr UST yields increased 34 bps to a 2-week high of 3.23%.  The 2-yr rate ended Friday above all other maturities out to 10 years.  The largest rate increases came between 1 and 5-year maturities as the market repriced – undoing a portion of the late July recession fear.  By the end of last week, the implied yield on the March ’23 Fed funds futures contract had risen to 3.64% (highest since June) up from 3.28% at the end of July.  The futures market anticipates the Fed funds rate peaking around March/April ’23, then slowly drifting lower by ~ 50 bps into year-end ’23.

3m Term SOFR (CME) rose 9 bps to 2.636% while implied future 3m SOFR yields (sets the expected framework for hedging costs) increased more; 1-yr expectations climbed 44 bps to 3.23%, 2-yr rose 35 bps to 2.64% and 3-yr climbed 27 bps to 2.42% for an average increase of ~ 35 bps for 3-years.  There was a modest increase in interest rate option volatility last week and combined with the increase in implied SOFR, interest rate cap costs climbed.  Despite the increase, future expectations for SOFR are still well below mid-June levels and continue to reflect an easing in rates after Q1 ’23.  We see risk that if inflation doesn’t soon recede, the market will attempt to send medium-term yields back > 50 bps to mid-June levels.  Dynamics driving these changes are shifting often so please check with us for updates.

Yields initially fell after ISM manufacturing data, a relatively concurrent July sentiment gauge, showed a slowing factory sector.  The index grew at the slowest pace since June 2020 as more factories curbed production amid shrinking orders and higher inventories.  The gauge’s inflation measure, for materials used in production, hit a near 2 year low – consistent with lower crude oil and metals prices.  Backlogs fell to the lowest level in > 2 years amid declining orders.  Offsetting some of the concern was an improvement in ISM’s non-manufacturing services gauge … it rose to a 3-month high on improving new orders.  The data also showed inflation pressures easing amid better supply-demand dynamics and hiring demand was seen as robust in many industries.

Still a tight job market.  Labor Department data on job openings (JOLTS) showed job vacancies are still elevated … even after falling to 10.7 mn in June, down 1.2 mn since the 11.9 mn March peak.  Openings were still up 846k vs a year ago and 3.69 mn higher compared to pre-covid (Feb ’20).  There were ~ 1.8 jobs for every unemployed person in June.

Job market’s cooling slowly.  Weekly jobless claims (less volatile 4-wk Moving Average) increased for a 9th straight week to 254.8k (highest since Nov 26, 2021) … was last below 200k on May 13th.  We believe the consistency of this pattern of increases is evidence that the job market is on its way to slowing.  Claims were 410k (4-wk MA) a year ago.

July’s employment situation was a stunner.  Heading into July’s jobs report Friday, rates were up mildly week-to-date for most maturities.  Rates pushed decisively higher after the release showed non-farm payrolls up 528k in July (the most since February), > 2X the consensus forecast, with the unemployment rate falling to 3.5% (from 3.6% March-June) matching a 50-year low seen in Jan/Feb ’20.  Wage growth, a hot topic currently for the Fed, exceeded expectations … average hourly earnings were up 0.5% MoM and 5.2% YoY.  Amid the latest evidence of wage pressure, we expect the Fed to escalate its hawkish tone, adding to the risk of somewhat higher short and medium-term yields.

After employment, a clearer path for Fed tightening with recession risk delayed.  July’s strong employment report signaled the U.S. labor market remains tight, recession should not be as prominent a concern, and that the Fed’s focus (and actions) to aggressively turn back inflation will  continue.  After the jobs data, expected future levels for Fed funds increased … the implied yield for March ’23 funds rose 36 bps last week to 3.64%.  The expected peak (as of Friday’s futures) in the Fed funds rate is seen Mar/Apr ’23.  Senior Fed officials are speaking publicly again, setting the tone for the next rate hike (presumably 50 or 75 bps on Sept 21 … a lot of data and event risk sits between now and then).  Over the weekend, Fed Gov Michelle Bowman saw the need to consider another 75 bps rate hike (in Sept) and San Francisco Fed’s Mary Daly reiterated the Fed’s work on inflation is far from done.

What to watch this week – the Consumer Price Index

Digging into the July CPI, we will be looking for any signs of moderation … particularly at the core.  The details of the most recent data were discouraging as many categories still showed inflation accelerating in June (MoM annualized) compared to the annualized effect of the previous 3 and 12 months in categories such as used cars, electricity, restaurants, shelter, and car insurance.

Russia and China’s regional posturing has continued to advance this month.  Further dominance in both regions is highly consequential, potentially destabilizing, complex, but maybe still far off.  After last week’s stepped-up military maneuvers from China and the brief safe-haven demand seen for USTs amid the uncertainty of it all, the sources of interest rate instability have just broadened.

From an interest rate perspective, this week’s concerns are mostly on those forces that may push rates higher if Wednesday’s CPI release does not show moderation.  We are expecting, as is the market, the July headline CPI to ease a bit … but will it signal a new direction for inflation or ultimately prove to be a brief respite like we saw in the April data?  The outcome of July’s core inflation will have added significance and may provide some guidance on this.  Core inflation changes tend to be less whippy, due to the exclusion of volatile food and energy prices and may still be climbing given entrenched pressures from rising wages and rents.  As we saw last week, with the labor market still hot amid staffing shortages and job availability, wages are up and remain a tailwind for the very demand the Fed aims to curb.  This very sequence – where there’s greater evidence of entrenched cost pressures – reinforces the risk that monetary policy likely needs to be tightened beyond what is currently priced into the futures markets in order to tackle inflation.

All too often borrowers add risk when executing a swap, especially when fear – amid rising rates –  is the driver.  We are now faced with unknown challenges after years of low interest rates.  Objective, independent advice is critical right now to avoid the many pitfalls that lie ahead. In our decades of capital markets experieince, we’ve had a front row seat to many economic cycles. Put our deep knowledge to work for you. 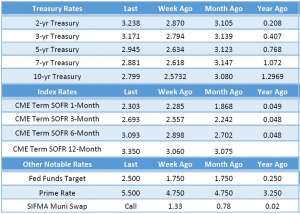 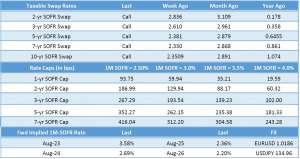 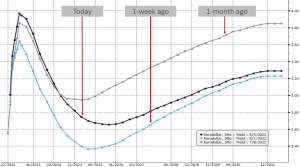 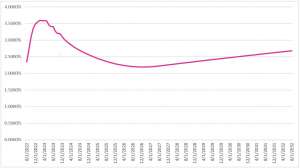 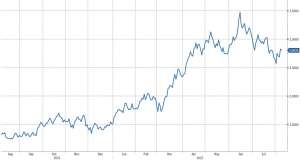 Don’t Let the Inflation Data Fool You
Scroll to top