Last Week: Interest rates and global equities were both lower on the week as markets continued to struggle with the economic fallout from the pandemic. The yield on the US 10-year Treasury note fell 0.18% to 0.58%, its lowest weekly close ever, as 1-month LIBOR drifted in a tight range near 0.98%. The price of crude oil rose about $5.50 to $27, while the US Dollar strengthened, and Gold traded rangebound near $1,620. Treasury yield volatility, a key influencer of the cost of rate caps and swaptions, showed a calming in markets, falling to 6.06 – its lowest level in a month – from 9.50 this time last week.

America’s 113-month streak of job creation ended with a whimper. For economic data that is the most historically impactful on interest rates, last Thursday’s weekly US jobless claims report showed a record-breaking 6.65 million new filings for unemployment benefits, doubling the prior week’s 3.3 million submissions. For the next few weeks, the weekly jobless claims data are expected to present a more accurate portrayal of the US jobs market than the monthly employment report, given that the March report, released last Friday, was compiled before many states issued stay-at-home orders.  701K jobs were lost while the unemployment rate rose to 4.4% from 3.5% in February. Unsurprisingly, job losses were concentrated in the service sector, with leisure/hospitality plunging 459K. For some perspective, the worst US jobs report of all time was -1,959K in September of 1945 as America’s war-effort demobilized following the surrender of Japan at the end of WWII. The next two most extreme declines occurred in 1949 (-838K) and 2009 (-800K).

Buckle up; last week’s terrifying jobs data are the tip of the iceberg for what is to come in April and May, as the data wasn’t representative of the true pain besieging America’s workforce. Here’s why: workers who were paid for just a few hours during the early part of the month were still counted as employed, so the March jobs data are only an early snapshot illustrating the start of unprecedented job losses – in terms of both speed and magnitude – in the economy. As a result of these timing issues, and the number of unemployment-claim filings seen in recent weeks, we expect the next jobs report – for April –  will show an unprecedented loss of jobs, some 20 times larger than March’s 701K, somewhere in the vicinity of 14 million.  As a result, unemployment will soar to at least 13% in April. If our projections prove accurate, two decades of job gains will be unwound in a single month. Hopefully the enormous loss of wages and income will be buffered quickly by unemployment benefits, then further resolved by rebate checks and small business loan-to-grant funds, which were part of the $2 trillion fiscal stimulus package. The help can’t get here fast enough for many. Let’s see if the US Treasury and politicians can get out of their own way.

Have you heard from your lender? We’ve heard that some banks, and non-bank lenders are modifying loan agreements, eliminating covenants or changing the availability of drawdowns on revolving loan facilities. For distressed borrowers that entered into interest rate swaps, banks  may even defer regular swap payments. While beneficial to a borrower, such a change could have a significant impact on the effectiveness of the hedge. Contemplating a payment, interest and swap payment deferral? Be aware. Have a swap expert on your side to evaluate the effects before you pull the trigger.

Fed takes additional actions; more stimulus to come. The Fed took additional steps to support lending to households and businesses, but the actions paled in comparison to the sweeping efforts undertaken in recent weeks. The central bank is exploring ways to support financing for state and local governments amid a freeze-up of municipal bond markets. The Fed also eased some regulations to free up funds for additional lending. In order to alleviate an extraordinary demand for dollars that was prompting sales of Treasuries and other US fixed income securities to raise liquidity, and keeping Treasury yields at historic lows, the Fed instituted a new repo facility for foreign central banks that allows them to pledge Treasuries as collateral in exchange for dollar funding that they can in turn lend to local banks.

What to Watch This Week: Interest rates are likely to move even lower before moving appreciably higher. Actions by the Fed and other central banks to calm financial markets has crushed rates volatility faster than at any point since 2009. That doesn’t mean that interest rates have hit their bottoms; quite the contrary. With the peak of US virus infections weeks away, no sign that social-distancing directives will be lifted anytime soon, and the destruction its all having on the jobs market, the 10-year Treasury yield is poised to retest its March 9 all-time intraday low of 0.31%.

If we don’t see it this week, we’ll likely see it soon, as the reasons for fresh lows seem unavoidable: The economic wreckage of business closures is only just beginning to show up in economic data, there’s no sign that stocks will break out of their slump anytime soon, and the US Treasury is ramping up borrowing to pay for the $2 trillion economic-relief package. The only reliable counterforce to lower yields in the near term is the Fed’s gulping up hundreds of billions of Treasuries each week as part of stimulus efforts. But even that isn’t likely to stop yields from moving lower.

How low can the 10-year go? With the Fed’s seeming resistance to allowing for negative interest rates, we figure the 10-year Treasury has a floor near the upper-bound of the Fed Funds target rate of 0.25%. Hence, the bottom for rates is yet to come.

Big Picture: In our seemingly endless phone calls with clients over the last several weeks, we’re often asked, “How bad will it get?” or “What will the recovery look like?”  Well, both are tough to assess when the economic downturn is accelerating, as the eventual recovery will be shaped significantly by the speed and magnitude of the decline preceding it.

Why isn’t 1-month LIBOR falling in line with the Fed Funds rate?  Over the past 20-years, 1-month LIBOR has averaged 1.8668% and Fed Funds 1.7832%.  LIBOR is supposed to reflect the unsecured cost of funds for a highly rated bank and 30-day commercial paper, also unsecured, for A1 rated US firms.  The current rate for commercial paper is 0.9500% and 1M LIBOR 0.9851%.  Very recently, market expectations priced a negative 1-month LIBOR July through September, averaging -0.0867%.  While short-term US treasuries have traded at negative interest rates recently, but that doesn’t mean LIBOR will.

For the near term, one thing is certain: Until virus infection rates stabilize – and containment measures can be eased and/or that the pace of layoffs slows – estimates for the depth of the economic downturn will be based on educated guesses, not facts.

Given that the consumer was the engine driving America’s economic growth before the virus showed up and that the consumer is responsible for 75% of economic activity, the horrific jobs market, and its direct impact on consumer’s spending habits means that we’re going to be here for a while and that the worst is yet to come.

For now, watch the weekly jobless claims numbers, as they will be among the timeliest, and hence most critical, gauges of economic strain. This will continue to be the case until there are signs that conditions are stabilizing. 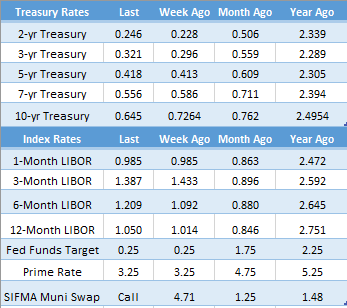 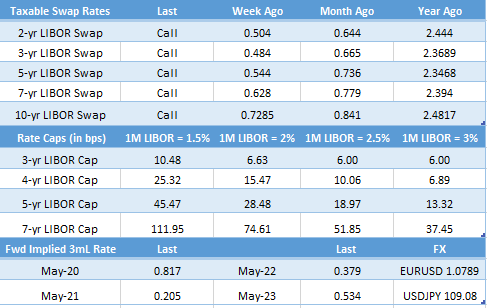 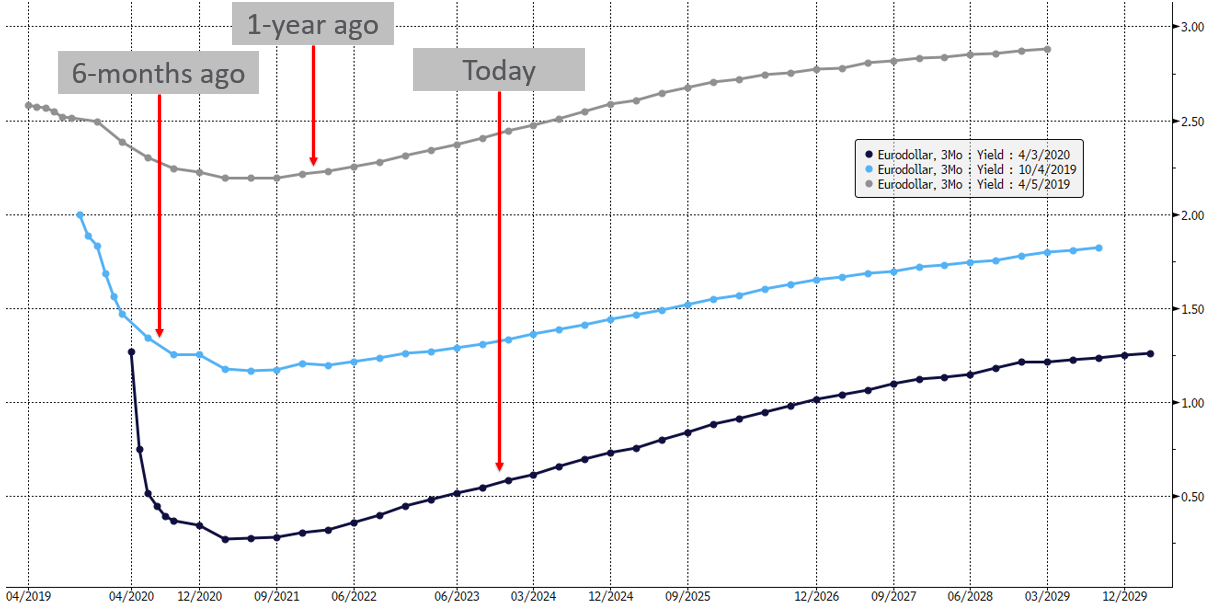