Last Week: Interest rates were mixed and global equities set records as a Goldilocks environment of moderate growth and accommodative central banks prevailed. The yield on the US 10- year Treasury note fell on the week to 2.24% from last week’s 2.32%, while 1-month did just the opposite, rising to 1.2322% from 1.2283% the week prior. Oil was flat for the week at $46.35, the US dollar sank to fresh lows while Gold rallied. Volatility, as measured by the Chicago Board Options Exchange Volatility Index (VIX), was steady at a historically low 9.9.

The Bank of Japan’s elusive inflation target slipped further into future. The Bank of Japan postponed by another year the date it expects to achieve its 2% inflation target, now forecasting that the goal will be achieved in March 2020. This is the sixth time the BOJ has pushed the target out into the future. The central bank projects that consumer prices, excluding food and energy, will rise only 1.1% in the year ending March 2018. Japan’s central bank is the only major central bank left that is going full throttle on monetary stimulus. Why should you care? Japan is one of the largest foreign holders of US Treasuries. Any sudden move in its stimulative plans can have a knee jerk reaction in US Treasury yields.

ECB delays taper discussion. European Central Bank president Mario Draghi said the bank did not discuss tapering asset purchases at its meeting last Thursday but would address the issue this fall. Draghi’s tone was less hawkish than in late June, when he suggested the ECB could begin to wind down its asset purchase program soon. Since that speech, inflation data globally have softened, reducing the urgency of beginning to normalize monetary policy. Draghi is scheduled to speak in late August at the annual Jackson Hole central banking conference, where he might lay out his tapering plans.

This Week: All eyes will be on the Fed’s policy setting meeting this Wednesday. While no change in interest rates is expected, markets will scan the Fed’s accompanying statement for clues into when the Fed plans to begin unwinding its balance sheet, as well as how the it refines its assessment of backsliding inflation relative to its 2% target.

Other than the Fed meeting, Friday’s scheduled release of US Q2 GDP should confirm that growth is recovering solidly from its Q1 slump. Other important data on employment, consumer confidence, new and existing home sales and durable goods will also pepper the week.

Take-Away: We’ll be scouring the Fed’s words this week to see just how far the Fed’s statement will go to divorce its balance sheet unwind plans from its planned actions to manage the economy via interest rates. Breaking up the two will put the markets focus back on the short-term Fed funds rate as the Fed’s primary policy tool versus on persistent market speculation about how the balance sheet unwind will affect yields on long term assets like the 30-year Treasury. We believe the Fed will go out of its way to make this separation crystal clear.

Looking ahead, markets will be firmly focused on the late summer Fed summit in Jackson Hole, the looming debt ceiling debate, and the start of the balance sheet unwind in the fall. The lurking uncertainty surrounding the end of Yellen’s appointment as Fed Chair could be a market mover. While past Presidents have nominated Fed Chiefs to a second term, we doubt Trump will follow suit. We maintain our belief that the Fed’s balance sheet reduction will begin in October and the next rate hike will occur in December. 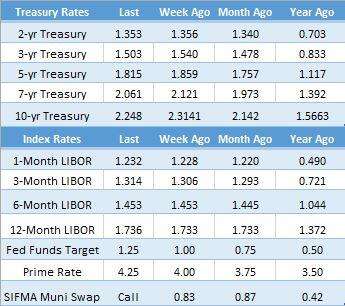 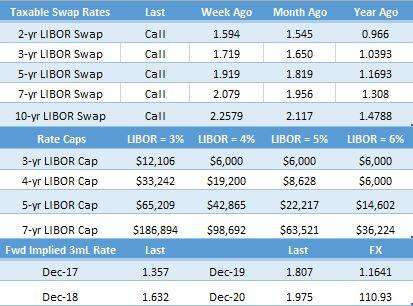