Last Week: As widely expected, there was no change in the fed funds rate from the current 0.25-0.50 percent band after last Wednesday’s Fed meeting.  Fewer FOMC officials expect the central bank to raise rates more than twice this year, and gave a mixed picture of America’s economy, stating that growth is picking up but job gains are slowing. The median end of year projection for Fed Funds by Fed officials remained at 0.875%, implying two quarter-point increases before the year’s end.

In contrast, Fed Funds futures – a measure of what the market thinks the Fed will do – are only attributing 11% odds to a Fed hike in July, 19% in September, and 24% in November. The gauge doesn’t approach 50% probably for a hike until well beyond February 2017.

Last week’s Fed meeting offered little insight into the timing of the next possible rate hike. In her post-FOMC press conference, Yellen characterized a possible hike in July, but that much would have to go right beforehand, e.g. a rebound in June payrolls among other things. We believe that we won’t see a hike in July and that any probability for a September hike could easily bleed into December.

This Week: It is a quiet week for US data. Thursday’s UK referendum (“BREXIT”) decision and a scheduled speech by Fed Chair Yellen will dominate the week.

Yellen will testify to the House on Tuesday, likely to confirm the cautious approach to tightening seen outlined after last week’s FOMC meeting, though she will leave her options open depending on how data and global events develop. She will repeat her testimony to the Senate on Wednesday. Post BREXIT, the markets next major focus will be the next US jobs report for June, released on July 8, and if it yields a result that proves the dismal May report as a new trend lower in job creation, or an outlier.

Take-Away: Finally, the much anticipated BREXIT vote arrives, though it is still going to feel like an eternity getting to the vote and the result on Thursday morning. There is a high likelihood of wild market action beforehand.

At present, the vote is a very close call, but our gut tells us the result will be to remain in the EU. More importantly, the Fed policy implications of the UK referendum are not clear cut. A decisive UK vote to remain (BREMAIN) in the EU would likely leave a July Fed hike on the table, while a vote to leave (BREXIT) vote would dash it, and bring a September hike into greater focus. If we’re wrong and a BREXIT vote prevails, we believe that the initial market turmoil will be both smaller and shorter-lived than many fear and the impact of a BREXIT on the US economy will be limited.

In contrast to market expectations of no more than one hike and perhaps none at all, we still expect the Fed to raise US interest rates twice this year, taking its Fed Funds target to between 0.75% and 1.0%. A rebound in payrolls growth in June and a clear UK vote to remain in the EU could yet persuade the Fed to raise rates in late July. At this stage, however, a delay until September appears more likely, followed by another hike in December. Next year we expect rising inflation to prompt the Fed to accelerate the pace of hikes, with the target climbing to between 1.75% and 2.0% by end-2017. 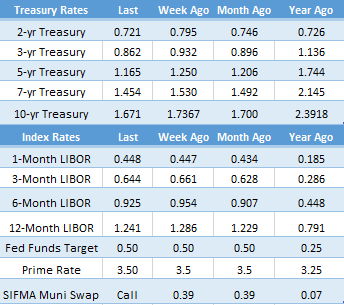 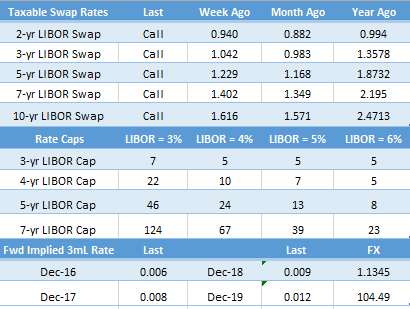 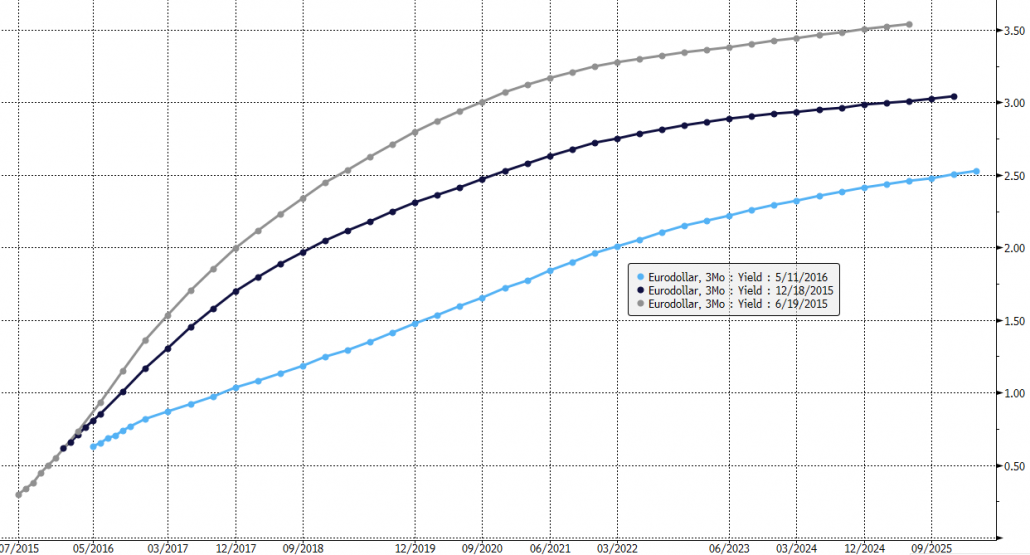