Last Week: Long term interest rates rose, and equities were little changed on the week amid increasing market focus on the upcoming US elections and how the economy could respond to a Trump or Biden win. The yield on the benchmark US 10-year Treasury note rose throughout the week to 0.75%, while 1-month LIBOR followed suit, wrapping the week at 0.15%. The price of a barrel of West Texas Intermediate crude oil was little changed at $41, while the US Dollar strengthened, and Gold weakened. Treasury yield volatility, a key driver of the cost of interest rate caps and swaptions, fell slightly from this time last week.

What recovery slowdown? US September retail sales surprised to the upside. The growth in US retail sales – a gauge of consumer demand for finished goods and a widely observed indicator of the pulse of the economy, and its projected path toward expansion or contraction – logged a blowout month in September. Rising more than double what was expected, vehicles, home improvement and sporting goods were standout categories of growth.

Our take: Strength in a broad array of recreational goods and back-to-school categories shows consumer spending patterns have shifted as work-from-home arrangements dominate the work landscape. Consumers’ inability to spend on in-person services appears to be finding an outlet elsewhere. While abundant government aid early in the pandemic helped swell consumers’ coffers, those savings will soon be depleted, likely slowing sales in the months ahead unless another round of government assistance is put in place soon. Early signs show restaurant bookings are stalling in October as the weather cools and Covid-19 intensity remains elevated. The lack of a pre-election fiscal deal means any support extension may not come until at least February, which could send a chill throughout holiday season sales. As such, total personal income will continue to recede when October and November retail sales data are tallied, as unemployment benefits lifted by President Trump’s temporary executive order drop off. We expect consumer spending activity – which drives about 70% of overall US economic activity – will subside significantly into year-end.

Hope remains for additional fiscal stimulus before election. In a flurry of weekend developments, optimism for a pre-election deal between US Secretary of the Treasury Steven Mnuchin and Speaker of the House of Representatives Nancy Pelosi over a fifth coronavirus relief package spiked. A gap of around $400 billion dollars still separates the two sides however, with Pelosi seeking a total of $2.2 trillion while the White House has offered $1.8 trillion. Complicating matters further is reluctance on the part of Senate Republicans to back a plan approaching anything like what is being negotiated. Senate Majority Leader Mitch McConnell backs a more limited package with a price tag of around $500 billion. Markets anticipate a large package – and a steeper yield curve – if Democrats sweep both houses of Congress and the White House in November. Another thought: The market’s laser-focus on a pre-election fiscal deal is misplaced; some form of post-election fiscal support is equally likely.

What to Watch This Week: The week ahead will host a series of mostly second-tier economic data, as new coronavirus cases are on the rise and fiscal stimulus remains elusive. We’ll be particularly focused on Wednesday’s release of the Fed’s Beige Book. Published eight times per year, the Beige Book is a qualitative review of the state of America’s economy and is considered one of the most valuable tools at the Fed’s disposal for making key decisions about interest rates. We’ll be looking for clues on how the economy is coping with the increasing number of virus cases across various regions and for signals on the state of the labor market ahead of the October payrolls report. We suspect the picture will be positive, but one that shows economic recovery momentum fading.

Elsewhere, in what will be a momentous event in the ongoing sunset of LIBOR, the International Swaps and Derivatives Association (ISDA) will publish the long awaited “IBOR Fallbacks Supplement to the 2006 ISDA Definitions and the ISDA 2020 IBOR Fallbacks Protocol” on Friday.

Sparing you all the jargon and derivative speak, the “protocol” will tell the bank on the other side of your LIBOR-indexed interest rate cap, swap and swaption how they may amend their existing contract with you ahead of the planned sunset of LIBOR at the end of 2021. Curious what it could mean for you? Look for a detailed breakdown of what the protocol means and how it could specifically impact your interest rate hedges in next week’s Straight to Smart.

Big Picture: With just two weeks before the election, markets are increasingly betting on the more Democratic  of the possible outcomes, but given the past track record of the polls, the victor is far from certain. No doubt, a clear result will be better than a contested election. A Biden win likely means a fiscal package gets implemented at the beginning of next year, and the upward pressure on long term rates increases. A Trump win implies a spike in uncertainty, a clouded economic outlook, and more range-bound long-term interest rates.

Ronald Reagan’s famous 1980 question to voters – are you better off than you were four years ago? – remains an important lens for understanding election dynamics. The most important economic evidence – the unemployment rate and outlook for inflation – point toward a Biden win. However, not all economic signals are bleak. House prices, wages and stocks have all performed well over the last four years and compare favorably to times when the incumbent party retained the presidency. 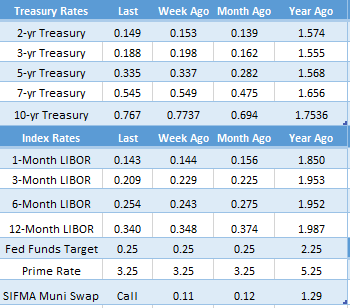 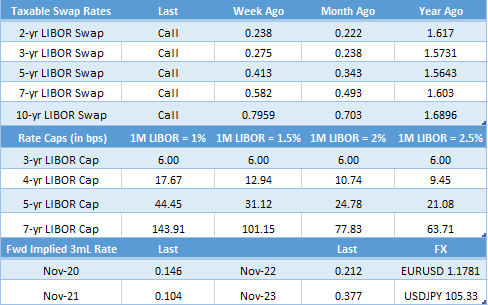 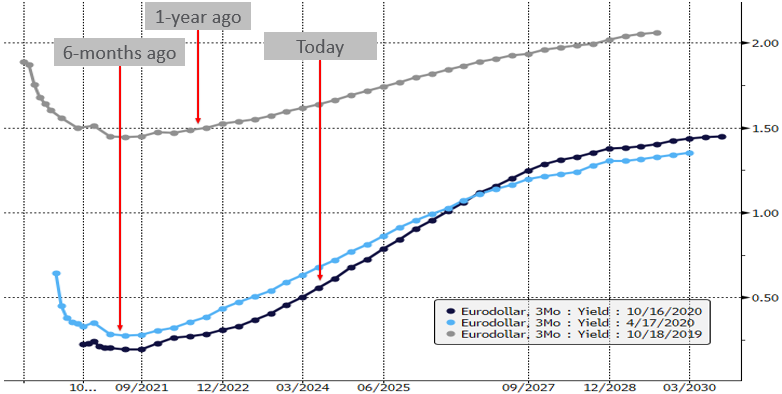 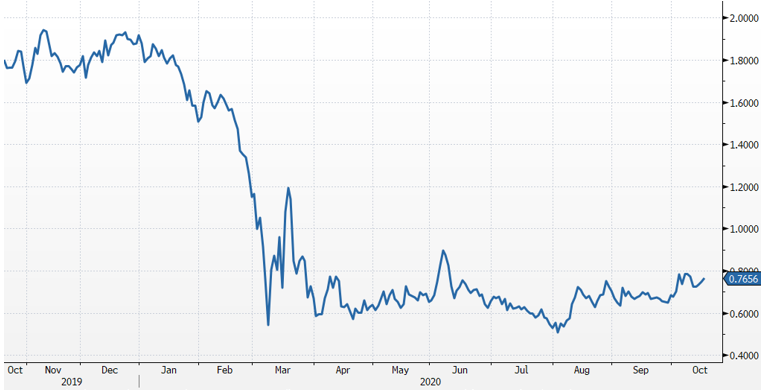 Rate Spike Drowns Out the Election Show
Scroll to top