Congress Chooses To Die Another Day

What You Missed: Long-term rates rose steadily as equities experienced gains through heightened volatility caused by anxiety about the collapse of global supply chains, a broadening energy crisis, rising inflation, and underwhelming economic growth. The yield on the benchmark 10-year US Treasury note increased to 1.61% from 1.49%, while short-term rates, like 1-month LIBOR, SOFR and BSBY continued to drift near record lows. The price of a barrel of West Texas Intermediate crude oil continued climbing, closing the week at $79.78, moving over $80 intraday for the first time since 2014. The US Dollar strengthened, and Gold weakened. Treasury yield volatility, a key driver of the cost of rate caps and other option-based derivatives, spiked early in the week, only to retreat by week’s end.

America’s job engine coughed last month, but it won’t deter the Fed from tapering in December. In what is the most impactful piece of economic data on interest rates, the September jobs report showed that new jobs were created at a much slower pace than expected.  Nonfarm payrolls increased just 194k in September, following an upwardly revised gain of 366k in August.

The consensus estimate was 500k, with a forecast range spanning from 500k to 750k. We expected 700k. With revisions, total employment gains in July and August were 169k higher than previously reported. The unemployment rate dipped to 4.8%, from 5.2% in September, driven by a drop in the labor participation rate to 61.6%, driven by a shrinkage in the labor force by 183k after growing briskly in the previous two months. Rounding out the jobs data, wages increased 0.6%, with broad-based gains across sectors. Both goods and services sectors saw the strongest wage gains since April.

The jobs sputter showed up most notably in state and local education. However, hiring elsewhere also disappointed, on net. While employment in leisure and hospitality – a key sector seeing most of the job gains the last few months – rose by 74k, jobs in food services and drinking establishments changed little for the second consecutive month.

Repeating its muted reaction after the weak August jobs report, bond markets shrugged off the disappointment. Both the 10-year and 2-year Treasury yields fell just one basis point over the 25 minutes following the data release, as pretty much no one feels it will shift the Fed’s tapering schedule.

Our take: The uninspiring September jobs report, the second straight big miss in job creation, was the last look at the state of the jobs market that the Fed will get before it meets again in November.  Obviously, it doesn’t instill confidence that America is truly getting back to work and complicates the Fed’s tapering plans. Regardless, the Fed will look through the disappointment, attributing the weakness to temporary, Covid-related dynamics, and will forge ahead with a taper announcement in November, and a formal tapering action in December.

Market cheered temporary lifting of debt ceiling. US Senate Minority Leader Mitch McConnell offered a short-term suspension of the debt ceiling to avert a national default, which Senate Democrats accepted. The deal raised the debt ceiling by $480 billion  to allow the government to keep operating until December 3rd, when the fun begins all over again. The bill now moves to the House, where Speaker Nancy Pelosi (D-CA) is expected to take up the legislation early next week. Secretary of the Treasury Janet Yellen said that the economy would fall into a recession if Congress failed to address the borrowing limit before an unprecedented default on the US debt.

Why it matters: While our attention span and appetite for analyzing the moves of politicians has become fatigued over the last few years, last week’s action of kicking the can down the road – once again – by Congress is noteworthy. By doing so, Congress has yet to really tackle the debt ceiling, and markets are beginning to price for a worst-case scenario. While not yet at 2011 or 2013 levels, when the same unresolved debate sparked the most volatile weeks for financial markets since the 2008 financial crisis, Treasury bills and credit default swaps referencing U.S. debt are widening as investors hedge for nightmare outcomes.

Sure, the chance of the US Treasury paying late or technically defaulting on its debt remains low – but the probability isn’t zero – and the market reaction to such an event is highly uncertain. While some in Congress will call for fiscal responsibility, flexibility among politicians will remain low unless some are willing to tackle the sacred cows of Social Security and Medicare or raise taxes. As the new, December 3rd negotiation deadline approaches, the issue will start to show up in the movement of Treasury yields. While we’ve got some breathing room before the issue shows up again in December, Ignore it at your peril.

Jobless claims in freefall. The number of Americans submitting jobless claims fell sharply last week as enhanced unemployment benefits ended. Initial filings for unemployment benefits totaled 326k claims for the week ended October 2nd, below the 345k consensus and the previous week’s 364k. The weekly total was the lowest since September 4th and reverses a trend of rising claims over the past three weeks.

Our take: Hmmmm. Let’s see. A weak jobs report combined with a stellar decline in jobless claims.  How can that be? It’s simple: businesses struggling to attract workers let fewer of them go. The downward trend in claims should become clearer in coming weeks as Covid-19 cases crest, leading to a pickup in economic activity – hopefully – combined with a much-improved jobs report for October.

Evergrande update: Stress is spreading. On the heels of Chinese developer Evergrande’s debt crisis, there have been increasing signs of stress in China’s property market. Credit rating agencies have downgraded developers Fantasia Holdings and Sinic Holdings over risks from their strained cash flow situations. In a filing to the Hong Kong exchange, Fantasia reported that it did not repay the principal amount of $206 million of a bond that matured on Monday. Also, in a scramble to raise cash, Evergrande is set to sell part of its stake in its property services unit, the second asset sale in as many weeks. Bondholders are concerned that the property giant is close to defaulting on debt obligations, as it faces nearly $150 million in offshore payments this week.

What to Watch This Week: We don’t know about you, but the weak jobs report leaves us with a feeling that, despite strong labor demand and brisk wage growth across many industries, it’s going to take a lot more to incentivize people to come back to work in a pandemic.

Given increased occupational hazards, households’ savings cushion, and increased costs of living, many workers may require a nice bump in pay to get back to work (free iPhones don’t seem to be working) and meet the Fed’s maximum-employment goal. This dynamic risks sparking a wage-price spiral, where rising wages increase consumer incomes, which then raise demand for goods, cause prices to rise anew. These new, higher prices then increase demand for higher wages again, which leads to higher production costs and further upward pressure on prices, creating a spiral. Such a scenario would push the Fed to hike rates before its maximum employment goal is reached.

While a stretch now, mostly second-tier data releases this week will provide clues as to whether these risks are increasing: the NFIB (Tuesday), a gauge of small business sentiment, and manufacturing surveys (Friday) will give color on firms’ compensation plans amid hiring challenges and rising input costs. Strong labor demand (via JOLTS, a measure of job vacancies, Tuesday) will help gradually reduce initial jobless claims (Thursday).

We’ll also get a refresh of signals that will provide clues on whether supply-chain bottlenecks are keeping pressure on prices of raw materials (Producer Price Index, Thursday; import price index, Friday), possibly with pass-throughs to consumer prices (Consumer Price Index, Wednesday) and higher inflation expectations (consumer sentiment, Friday). With higher inflation readings likely around the corner, markets will be scouring the data for signs of stagflation –  where inflation increases amid a stagnation of economic output – and falling consumption (retail sales, Friday).

If you haven’t figured it out yet, an economy emerging from a pandemic presents us with several wonky economic scenarios. Are you weak on your understanding of wage-price spirals, stagflation, or credit default swaps? Now’s your chance to get caught up.

BORROWER AND LENDER ALERT: LIBOR-indexed rate caps and swaps are an endangered species – are you ready? Our discussions and debates have increased dramatically with commercial banks, life insurance companies, bridge lenders and rate cap banks, and it is becoming clear that, 1) LIBOR-indexed rate caps won’t be available for purchase for much longer, nor will LIBOR-indexed interest rate swaps. Instead, interest rate swaps and rate caps will shift to SOFR, or another LIBOR replacement alternative, such as a “Credit Sensitive” index like BSBY or AMERIBOR. When they do, the lenders, especially bridge lenders, will follow. In fact, many commercial banks have already made the shift away from LIBOR, choosing to book all new loans using a floating index other than LIBOR.

If you’re a floating rate borrower or lender that has ignored the impending death of LIBOR, the Federal Reserve’s recommendation (READ: insistence) that bank’s not enter into any new LIBOR contracts after December 31, 2021 should wake you up to the issue quickly. While the deadlines and nuances of LIBOR’s transition to a new index may change, it’s time to get up to speed on how the event will impact: 1) new and existing loans and 2) new and existing rate caps and swaps.

While we’ve published many write-ups addressing the issue and how it could impact borrowers negatively (like HERE, HERE, HERE), call us for a discussion on how LIBOR’s transition impacts your specific situation, and what actions you should be taking now. Trust us when we tell you: if you’ve put off understanding how LIBOR’s transition will impact your interest expense, time is no longer on your side. 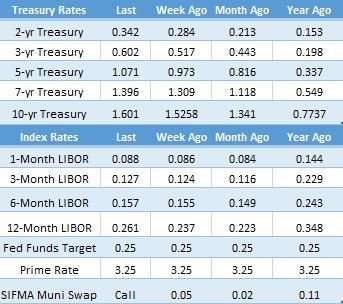 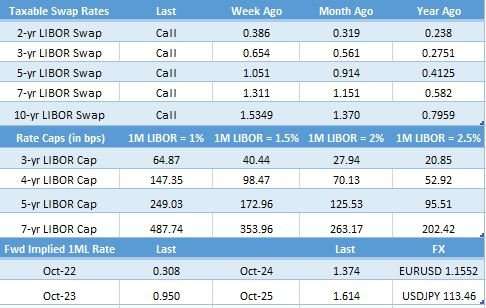 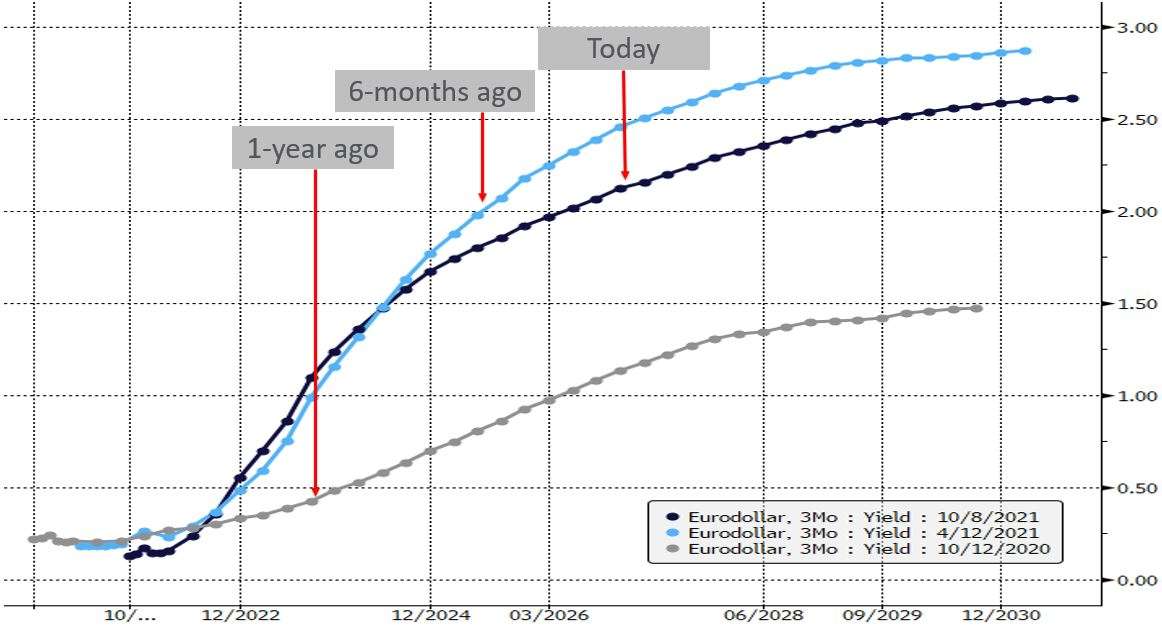 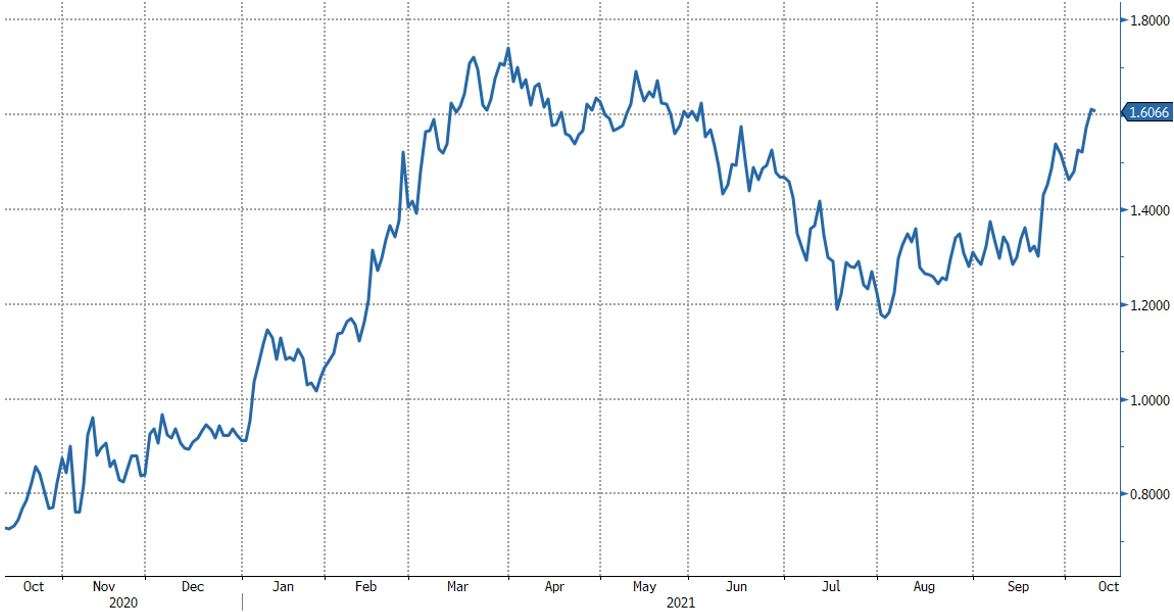