Last Week: Interest rates fell while global equities extended gains amid upbeat economic data and continued hopes for US fiscal stimulus. So far, US markets continue to hold just below record levels, with the 20,000 mark in the Dow Jones Industrial Average yet to be breached. The 10-year US Treasury note yields fell to 2.40% from a pre-Christmas level of 2.53%, while 1-month LIBOR fell to .7633 from .7655 a week ago. Oil prices firmed modestly, with West Texas Intermediate crude rising to $53.90 from $53.25 before the holidays. The Chicago Board Options Exchange Volatility Index (VIX), a gauge of financial market volatility, was little changed at 11.45.

Last Friday’s release of US jobs data for December added to the belief that the labor market is close to full employment. America added 156,000 new jobs in December while the unemployment rate edged up to 4.7%. A 2.9% annual rise in wages was the largest yearly gain in wages since 2009, bolstering the growing belief of additional Fed rate hikes in the months ahead. The good news on the job creation front was followed by the Fed’s December meeting minutes, which showed that Fed officials are increasingly aware of the possibility of an undershoot in necessary rate hikes due to full employment, and that such a scenario could result in a more accelerated pace of hikes than currently forecast by markets.

Rounding out the solid data releases, were solid purchasing managers’ surveys from December, which suggesting that the uptick in global growth seen in recent months continued through year-end. The US reported its 91st consecutive month of manufacturing growth, the UK hit its highest manufacturing level in two and a half years, and China’s manufacturing activity rose to its highest level since January 2013.

This Week: The highlights this week will be related to the almighty US consumer, specifically December Retail Sales and consumer sentiment, as well as confidence indicators for home builders and small businesses. Markets are hoping that economic data will show the growth honeymoon continues.

Scheduled speeches from a bevy of Fed officials will be analyzed closely for clues on how the Fed is viewing the recent signs of mounting wage pressures.

Take-Away: Over the next several weeks, a slew of US economic data is on tap that will put the current economic optimism to the test. Markets are looking for signs that recent positive gauges of economic activity, like last week’s jobs report, result in actual increased business activity, like auto and home sales, purchases of durable goods and higher corporate earnings. In the meantime, as long as financial markets stay upbeat, the Trump administration rhetoric seems to fulfill campaign promises and economic data stays solid, growth will remain on a solid path ahead of the enactment of new Trump policies.

On the Fed front, last week’s positive news on wage growth is sparking the discussion on the need for the Fed to hike faster than anticipated, however, we doubt we’ll see any real change in that regard until there is greater clarity on Trump’s fiscal agenda. 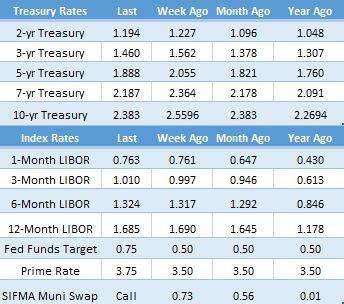 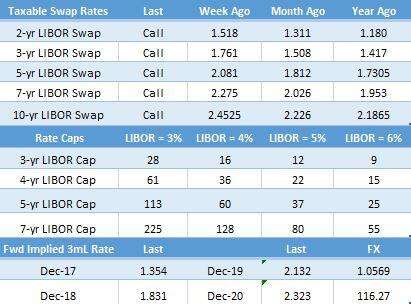 Click here for more DL Reports
Despite the Trump Mania, It’s all About the Consumer Fed Tour Bus in Full Swing Ahead of Trump Train
Scroll to top