Last Week: Interest rates and equities both declined, driven lower by negative economic data that sparked fresh fears of slowing US growth. The US 10-year Treasury note declined 16 basis points, to 1.53%. Following suit, 1-month LIBOR breached the 2.00% handle, falling to 1.98% late in the week. Oil fell $2.50 to $53.10, while the US Dollar weakened, and Gold strengthened. Treasury yield volatility spiked mid-week, but ended the week at 5.18, about where it started.

A surprisingly weak reading from America’s service sector spooked markets. A broad-based measure of employment trends, prices and new orders in services industries fell more than expected last month. Given that the flip-side of the economy – the manufacturing sector – has already contracted to its lowest level in 10 years, this unexpected signal of weakness from one of the last bastions of US growth – services – caused markets to take pause, mostly in the form of an equity market selloff and steep decline in bond yields. It now seems that both manufacturing and service focused businesses are increasingly cautious amid elevated perceptions of risk. With US growth concerns front and center, the data suggests that service-sector confidence and employment are not immune to the impact of the multiple trade wars America finds itself in. The weak reading is consistent with the overall slowdown in second half growth and will undoubtedly keep rates low in the near term while amplifying pressure on the Fed to provide more support, most likely in the form of additional rate cuts before the end of the year.

US unemployment fell to a 50-year low, but the pace of hiring slowed. In what is historically the most critical piece of economic data for interest rates, America’s job-creation engine produced a softer-than-expected 135K new jobs last month, although the prior two months of new jobs created were revised higher by 45K.  For some perspective, after revisions, the average pace of job gains in the last three months was 157K compared to 163K in the first six months of the year. Despite the new-jobs stumble, the number of unemployed individuals fell to its lowest level since 1969 in September, to 3.5%. Wages – critical to the currently robust spending patterns of the almighty American consumer – grew at the slowest pace in a year, casting some doubt on their spending resilience. All told, the data, along with soft manufacturing and service-sector activity, confirms our expectation that America’s economy is slowing broadly. As its growth pace slips below 2% in the second half of 2019, the pace of hiring will slow along with it, and the greater the need for at least one more 0.25% Fed rate cut before we bid 2019 adieu.

Your love for Scotch whiskey and French wine is about to get more expensive. In response to what it sees as illegal support of its domestic airplane manufacturing juggernaut, Airbus, the World Trade Organization authorized the US to impose $7.5 billion in tariffs on imports from the European Union. Rather than strike back directly at Europe’s airplane industry by imposing tariffs of up to 100% on Airbus’s airplanes, the US has decided to spread the tariffs across several sectors. Aircraft will be subject to a 10% duty while French wine, Scotch whiskey and other goods will be subject to levies of 25% (Oh no! Trade wars are getting real now!). The EU is expected to have a similar claim against the US when the WTO decides a subsidy case concerning Boeing aircraft early next year.

What to Watch This Week: The days ahead will offer something for everyone across the yield curve; short-term borrowers will seek solace in the release of minutes from the Fed’s latest policy-setting meeting, and the clues it will offer on whether the fall in short-term bond yields will continue and where the Fed stands on rates. For longer-term borrowers, data on inflation and a fresh deluge of debt supply from the Treasury could shape the outlook for long term Treasury yields.

On the inflation front, gauges on the rise or fall of producer prices (Tuesday), consumer prices (Thursday), import prices and overall inflation expectations (both on Friday) await. However, with the market focus shifting toward leading indicators of a potential growth slowdown, inflation data — which generally lags economic activity – will take a back seat to Chinese trade talks, scheduled speeches by Fed officials and more forward-looking indicators, such as consumer and small business sentiment, retail sales and jobless claims.

We don’t expect any of this week’s events to change our outlook for a slower – but recession avoiding – pace of US economic growth through year end, along with lower Treasury yields across the curve and a lower 1-month LIBOR to go along with it.

Take-Away: The September jobs report signaled that softness in America’s manufacturing sector isn’t spreading to the broader economy – yet. The risk remains and can’t be dismissed after just one month’s worth of data.

Although job creation is slowing and wage growth is nascent, consumer confidence in the future is likely sturdy enough to keep personal spending – the bedrock of the economy – chugging along.  As several drivers of growth fade and consumers are left dominating the outlook more than ever, the economy will slow markedly in the coming quarters but avoid a formal recession.

In such a growth environment, the Fed will take out additional insurance by cutting rates in both of its next two meetings: on October 30th and December 11th.  What could derail our forecast? Significant progress on the trade war front. Should a US-China breakthrough occur, which we seriously doubt, the need for two more Fed cuts would evaporate. Conversely, any big escalation of the trade-related dysfunction would hurl Fed officials ever-closer to the zero bound. 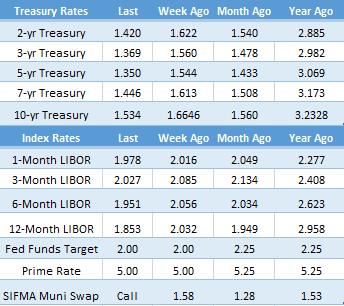 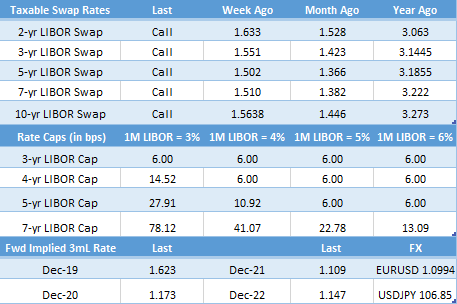 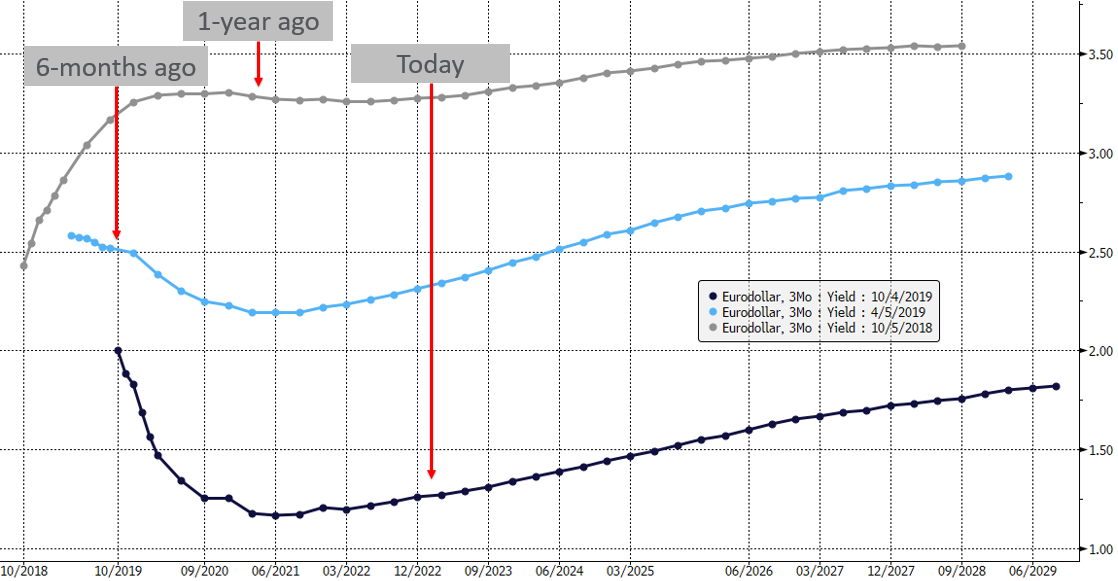 The Art of the (mini) Deal – Who’s Buying it?
Scroll to top