Last Week: Interest rates and equity markets both traded higher as several tail risks faded, such as an intensifying US-China trade war and a disorderly Brexit. The yield on the US 10-year Treasury note was little changed at 1.83% after a volatile week, where it spiked to a one-month high of 1.95%. 1-month LIBOR followed the 10-year higher, drifting to 1.74%, up from 1.71% early in the week. Oil rose about a dollar to $59.60 as the US Dollar weakened close to its lowest point since July and Gold strengthened. Treasury yield volatility fell to 4.11 from 4.75 this time last week.

The Fed left rates on hold, signaled no change for 2020. Choosing to stick to the sidelines during an election year, Chair Powell & Co., in their first unanimous vote since May, cited sustained expansion of economic activity, a strong labor market, and contained inflation as the primary reason to stand pat for the foreseeable future. The Fed’s rate cuts over the last six months have eased borrowing costs and pushed stock prices to record highs, supporting consumer spending by boosting wealth and lifting confidence. While factory gauges suggest that segment of the economy is in a slump, the Fed is counting on consumer spending to keep the expansion going next year. Wages are rising faster than inflation, and employers continue to add jobs. Most forecasters, including us, expect the US economy to slow next year, but remain near to the long-run trend, and avoid a recession. Look for our Annual Interest Rate Forecast via email in early January.

11th hour US-China trade deal was a net positive for rates. Though its details are hazy and not entirely finalized, the deal canceled tariffs scheduled to take effect yesterday. Additionally, 15% tariffs will be reduced to 7.5% while 25% tariffs will remain in place. China agreed to a vague commitment to make substantial purchases of U.S. products, including agricultural exports, to intellectual property protections, and to opening its market to US financial services firms, among other measures. It has been reported that if China fails to live up to its commitments, the US will reserve the right to reinstate tariffs via a so-called “snapback” provision. The thornier and real issues between the two nations – like forced intellectual property and technology transfers along with industrial subsidies – will be pushed to phase two negotiations. Initial exuberance for the trade deal quickly faded, with yields mostly erasing their jump to end the week close to where they started as many concluded that the agreement won’t amount to much at the end of the day.

Our take: As for the “great” phase-one trade deal, it looks more like a convenient truce for the two countries that have more pressing domestic political issues to consider, namely impeachment, for President Trump and social unrest, via Hong Kong, for China. The experience of the last 18 months tells us that a belief that the trade-war waters will remain calm from here on out is overly optimistic.

However flimsy, the trade agreement does mark a much-needed boundary in the trade war – reducing uncertainties that have plagued the American economy. However, it does not change our forecast for the US economy or the Fed, as the latest tariff adjustments are not large enough to impact our US growth forecast for 2020, which remains at 1.9%. Since the Fed cited trade tensions as a major reason for cutting rates over the past six months, the reduction of this uncertainty won’t move the Fed from its “on hold” stance anytime soon. As a result, rates will likely remain in their well-worn ranges throughout year-end and early 2020. What’s next: The big question now is if the deal improves businesses’ willingness to make capital investments, thereby increasing growth, hiring and production broadly. As such, we’ll be watching gauges of business confidence and activity closely in the coming weeks for signs of green shoots. Moreover, the magnitude of the tariff rollback looks small, so the literal growth impulse resulting from the deal will be very modest indeed.

US retail sales fell short in November. Rising just 0.2% versus expectations for a 0.5% rise, the data suggests that spending by consumers is lukewarm. Spending in the subcategories of health and personal care, clothing, sporting goods and department stores, was exceptionally weak, all of which would be susceptible to the late start of the holiday shopping season. Given that consumers are the driving force behind US growth at present, any consistent fall off in retail sales implies lower economic growth overall, which thus eliminates any prospects for a consistent move higher in rates anytime soon.

Big Development on the BREXIT Front helps to keep US rates lower for longer. Remember when we suggested that you to ignore the drama around the UK’s divorce from the European Union? Well, you may want to start paying attention now, at least for a little while. British Prime Minister Boris Johnson’s Conservative Party swept to victory in the UK general election this week. In the wake of the vote, the UK Parliament is expected to pass the withdrawal agreement, setting the stage for the UK to formally leave the EU on January 31st. The UK’s exit simply represents the culmination of the easy part of the process; next year will offer up the challenge of negotiating a comprehensive trade deal to a deadline. It’s far from guaranteed that that will be smooth sailing. What it means for interest rates: The new state of play puts a UK growth rebound in play. Coupled with looser fiscal policy from the Bank of England, it means the UK’s economic growth should accelerate over 2020, eroding some of the support under US Treasury yields as the UK equivalent become a viable investment alternative.

No surprises from Lagarde in her European Central Bank debut. The new European Central Bank President Christine Lagarde chaired her first meeting of the central bank’s governing council, and as widely expected, no policy changes were made. Lagarde told reporters after the meeting that the ECB sees signs of economic stabilization and that risks to the economy are now muted. Lagarde characterized herself as neither a hawk nor a dove on monetary policy issues, saying she sees herself as “a little bit like an owl.” What it means for you: Given that Europe has thrown everything but the kitchen sink at their economy to promote growth, driving rates lower in the process, all eyes are on the new ECB President for signs she’ll keep it that way. Such a stance serves as a drag on US Treasury yields.

What to Watch this Week: Since the phase-one trade deal isn’t entirely finalized, the trade-war theme will continue to dog the rates markets in the days – and likely weeks – ahead. Several Fed policy makers are scheduled to speak, and their comments will be parsed for additional insight on why the central bank signaled that interest rates will stay on hold through the end of 2020. For data, Friday’s reading of Q3 US GDP will garner the most attention, along with a reading of the Fed’s preferred inflation gauge for November. Neither Fed speeches nor data are expected to move rates around much; rates should trade within their recent ranges, especially with the trade deal out of the way.

Take-Away: Ebbing fears of a hard BREXIT, optimism over a trade deal, and an implicit promise from the Fed not to raise interest rates collectively offer up a heady cocktail of good news for financial markets, and for a future of low rates. In isolation each would be enough to engender a bit of optimism; throw them all together and it’s easy to conclude global markets should be off to the races next year. You’d be correct to do so – kinda.

We suggest you curb your enthusiasm a bit, however. There’s an old saying that if something seems too good to be true, then it probably is. As for the phase-one trade deal, it’s simply a truce as the tough issues and real negotiations have been kicked down the road to be dealt with at some unknown point in the future. As for BREXIT, it’s the same; the hard parts of the process lie in the future. As for interest rates, the fact that they wrapped the week about where they started should tell you something. Our take-away from it all? Small steps in the right direction are good things indeed, but they’re simply baby steps. 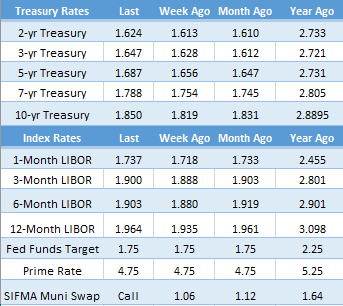 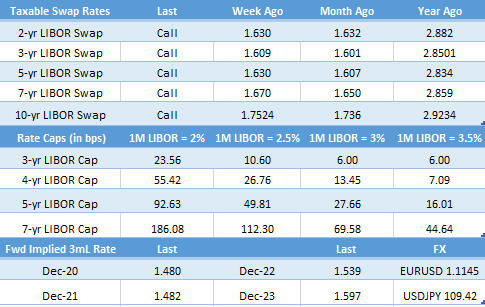 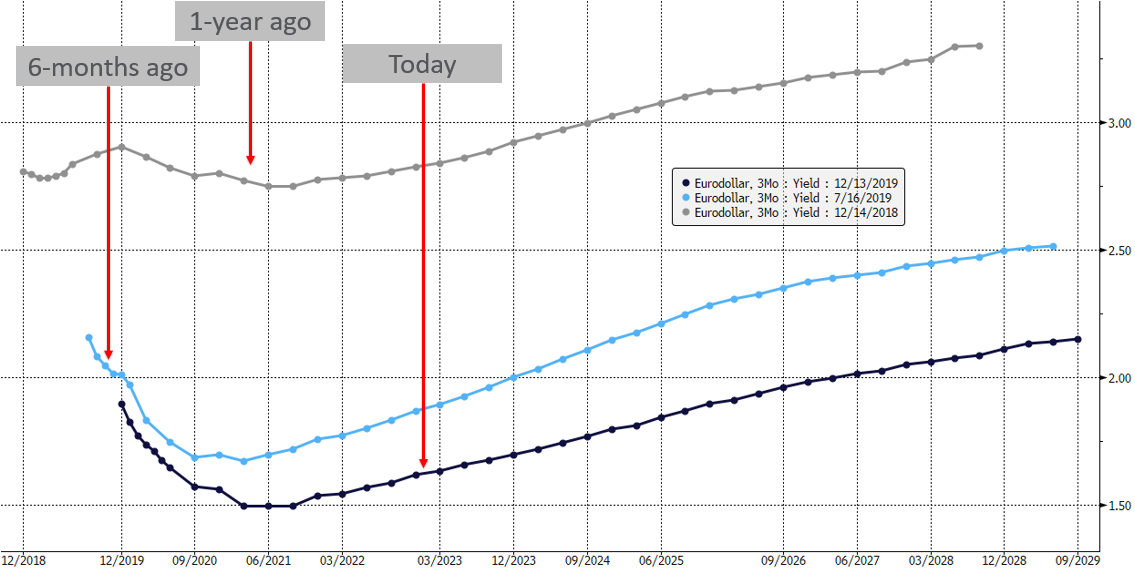