Last Week: The U.S. economy added 255k new nonfarm jobs in July, beating economist’s estimate of 180k. June’s jobs data was upwardly revised to 292k from 287k. Job gains coupled with a rise in the length of the workweek and a larger-than- expected increase in average hourly earnings resulted in a sharp monthly gain in aggregate employment income – an area that garners specific focus from the Fed.

The two-month (June-July) net revision in job gains was 18k. This is a significant, as the pace of job creation has been slowing over the last three quarters. The average monthly increase over the last 12 months was 204k, while nonfarm payrolls averaged 229k for all of 2015. Job creation of this magnitude remains impressive for an economy entering its seventh year of expansion.

Markets performed in concert with the positive jobs data with equities holding firm, oil rallied, gold sold off and the US dollar traded flat. The 10-year treasury traded higher by 6bps to 1.5885%, while 1-month LIBOR traded higher by 7bps to .5039%.

This Week: Friday excepted, the US data calendar is quiet. July Retail Sales will be far and away the most important data event of the week, given the market’s hopes that strong jobs growth is translating into an increase in consumer spending. Consumers were nearly the sole driver of economic growth in Q2, and data is suggesting we’ll need more of the same in Q3 for economic growth to hold its own let alone expand.

Markets are hoping robust retail sales will provide an early indication that consumers are poised to do the economic heavy lifting again in Q3. While the July jobs data was encouraging, spending by consumers must follow suit for economic growth to continue in any meaningful way.

Other, second tier data on productivity, producer prices, import prices, wholesale inventories and consumer sentiment will also be released, but will do little to move markets regardless of their outcome.

Take-Away: Why all the focus on jobs growth? History has proven that jobs data has the most influence over interest rates and near-term Fed policy. More than GDP, the unemployment rate or retail sales.

Once again, monthly U.S. job gains beat economists’ estimates by a mile. Coupled with June’s major beat, the back-to-back surges in non farm payrolls should help to alleviate the Fed’s concerns that the labor market is stumbling in response to slow economic growth, although it appears that America’s jobs creation engine is downshifting a bit based on the six- and twelve-month moving averages. May’s paltry 38K, which rattled the market’s confidence to the core, is looking increasingly like an outlier. The growing data divergence in sluggish economic growth and robust hiring gains will continue to puzzle Fed officials in forecasting the economic outlook.

Markets are hoping that the latest read on job growth and wage increases will re-accelerate the long decaying pace of personal income growth – an essential development for household spending to lift overall economic growth in the second half of the year. Without it, there is no reason for the Fed to hike rates anytime soon. A rate hike before year’s end is possible – but only in December, and only if consumers are indeed up to the task of going it largely alone in propelling economic growth over the next two quarters. 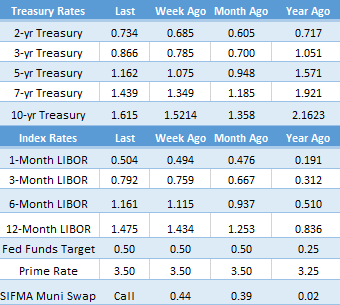 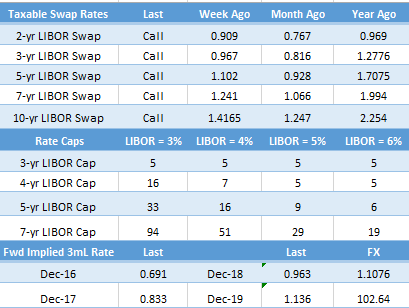