Last Week: Interest rates were mixed, and equities extended their rebound from the December 2018 lows as political events took center stage, leaving markets mostly adrift. The yield on the 10-year US Treasury note rose five basis points to 2.76%, still stuck in its 14-basis point two-week range, as 1-month LIBOR slipped to 2.5018% from 2.5124% this time last week. Oil held steady at $53.25, while the US Dollar weakened, and Gold rallied. Treasury yield volatility continued its drop from a 10-month high to fall to 3.80 from 4.25 a week ago.

Shutdown’s end spurs a thaw in the economic data freeze. Last Friday’s deal between Congressional leaders and the President to reopen the government will spur the release of stalled economic data, the delay of which has clouded the economic outlook for financial markets and the Fed. As of now, we doubt the shutdown will shave more than a few of tenths of a percentage point off economic growth in Q1. However, should business or consumer sentiment decline meaningfully over the course of the political squabble, it will have a lasting, negative effect on the economy.

The Fed is contemplating slowing its balance sheet run off. When the Fed began to “shrink” its gigantic balance sheet – by allowing Treasury bonds purchased in the wake of the global financial crisis to mature and not be replaced with new bond purchases – economists estimated that the Fed’s Treasury holdings would shrink from around $4.5 trillion to somewhere between $2-$3 trillion. As it did so, speculation was rampant that the Fed’s lack of presence as a constant buyer of Treasuries would cause rates to rise markedly. It hasn’t turned out that way – yet. News sources recently reported that the Fed has been rethinking the size of its balance sheet and may be close to targeting a terminal size of about $3.5 trillion, as well as shorten the average weighted maturity of the Treasury portfolio. Should the Fed decide to maintain a larger balance sheet than originally expected, then it’s likely that the “the Fed’s lack of buying will boost rates” argument will fade.

US labor markets buck the global trend. Despite growing concerns over slowing global growth, US labor markets continue to remain robust. Following on the heels of a very strong December employment report, weekly jobless claims fell to 199K, the fewest since November 1969. To give the number some context, consider the fact that the US labor force has more than doubled from roughly 80 million workers in 1969 to over 163 million today. That’s remarkable.

More signs of slowing global growth emerge. China – by far the economic lynchpin of Asia – saw its economy slow to a 6.4% annual growth pace in the fourth quarter of 2018, down from 6.5% in Q3. For the full year 2018, growth downshifted to 6.6%, the slowest pace since 1990. Germany – the dominant economic force in Europe – slashed its 2019 growth outlook to just 1%, down from a 1.8% forecast in October. The German government sees a downturn in global growth and uncertainty surrounding Brexit as the drivers of a slower pace of expansion this year. The slowdown in the two nations will likely serve as a drag on US Treasury yields, as America’s slower but still robust pace of growth and relatively high yields give global investors an incentive to buy US government debt.

The European Central Bank (ECB) warned of a slowdown ahead.  The ECB held rates steady at its January meeting last week but said the balance of risks is now tilted to the downside on the back of slowing external demand and country-specific factors. ECB president Mario Draghi said that despite the expectations of slower growth, the risk of a near-term recession is low since financial conditions remain loose, labor market dynamics strong, energy prices low and bank balance sheets are stronger.

What to Watch This Week: It’s a busy week for data and events, with key economic data on home prices, consumer confidence and sentiment, GDP, pending home sales, job creation, manufacturing, auto sales, a resumption in US-China trade talks along with a Fed monetary policy meeting scheduled in the days ahead.

While the government shutdown is over (for now), it will still loom large on the economic docket in the days ahead. The shutdown’s impact will materialize in a couple of ways: 1) delays in key data – like Q4 GDP and the Fed’s preferred inflation gauge, and 2) aberrations in data on consumer confidence, December’s unemployment report, set for release on Friday, and auto sales. The dynamic comes at a time when the Fed is struggling to gain an understanding of how the financial market upheavals late last year may have impacted consumers’ attitudes and spending activity, business confidence and its impact on hiring and investment decisions – all key drivers of America’s economic pace.

Fortunately, with Wednesday’s scheduled FOMC meeting and post meeting press-conference, the Fed will have an opportunity to tell us what it’s thinking. While no one expects the Fed to alter its stance on interest rates this time around, they do expect the Fed to once again signal an extended pause in its rate-hiking plans, which could help erode support under Treasury yields.

The data highlight for the week for interest rates is the December jobs report, which will be scrutinized for signs of impact from the shutdown. Regardless of the shutdown’s impact, America’s labor market remains solid, but we expect some slowdown from the gang-busters November jobs report, where 312K new jobs were created and the prior two months were revised higher by 58K.  As long as US GDP runs at 2.4% this year, we still expect job creation to run near a 200K monthly average for the year (it was 220K for all of 2018).

Take-Away: It is anyone’s guess what the ultimate end of the border security political squabble will be. We’re not in the business of predicting political outcomes; all we care about is what collateral damage the process has on the economy and interest rates. For this shutdown, the most straightforward economic growth effects relate to federal employee furloughs and a slowing in federal investment, e.g. purchases from the private sector of capital goods, software, and services.

While cash-strapped government workers and private contractors reduced their discretionary spending during the shutdown, the negative economic impact will be muted by the arrival of their retroactive pay in coming days.  The same effect can be said of the government’s purchases from the private sector. All told, the temporary drag from the shutdown will be manageable and US growth will remain on track in the first half of the year. 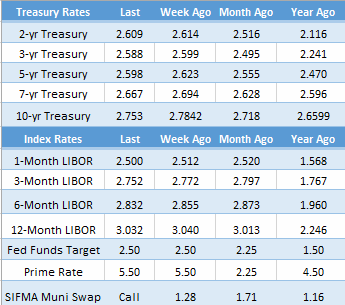 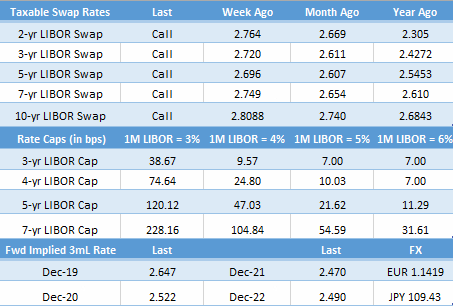 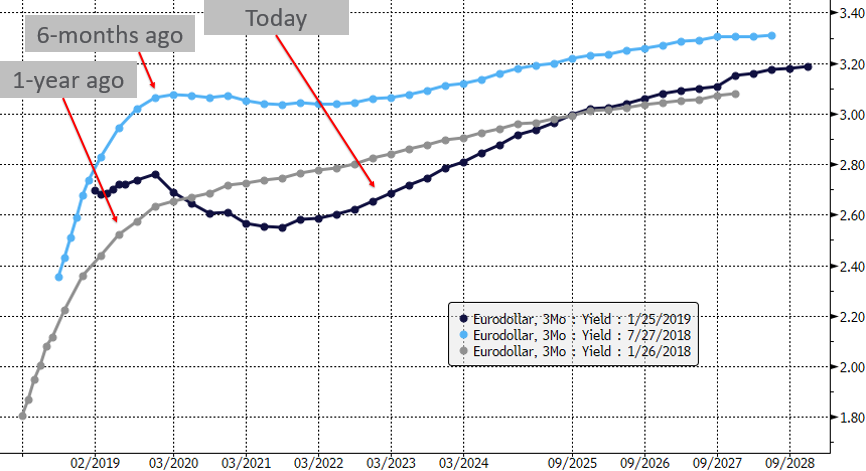 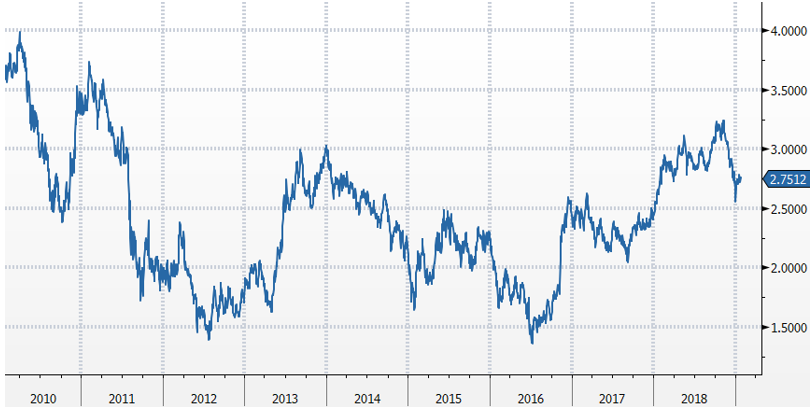 The Fed Blinked
Scroll to top