Last Week: Interest rates traded mostly flat as equities advanced on the week, underpinned by signs that trade tensions between the US and the European Union are easing, solid corporate earnings reports and upbeat US economic growth data. The yield on the US 10-year Treasury note rose 10 basis points to 2.96%, and 1-month LIBOR followed suit, wrapping the week at 2.0767, slightly higher than the 2.0636% low hit a week ago.  Oil rose $1.65 to $69.65 as the US Dollar and Gold traded flat. Volatility in Treasury yields remained muted as measured by the Chicago Board Options Exchange Treasury Volatility Index (TYVIX), which slipped to 3.74 from 4.09 the week prior.

US economy expanded at its fastest pace in four years. Data releases showed that economic growth accelerated in Q2, with gross domestic product (GDP) expanding at a 4.1% annualized rate compared with an upwardly revised 2.2% pace in Q1, driven by improved consumer and government spending and increased business investment. Housing was a modest drag on the economy in Q2 however, as residential fixed investment fell 1.1%. Sizable increases in US exports were a bright spot in the data, although it may be a false positive given that the increased foreign demand likely reflected an effort to stockpile goods in anticipation of increased tariffs. Don’t get too excited by Q2’s growth numbers. While impressive, it’s highly unlikely the torrid pace of US growth will carry through the rest of the year, as Q2 largely made up for a seasonally subdued pace of growth in Q1. Also, don’t let the growth numbers numb you to the fact that the trade tensions are real, and could negatively change the growth picture rapidly and unexpectedly.

US-EU trade tensions eased. President Trump and European Commission president Jean-Claude Juncker unexpectedly agreed on a framework that will keep the two sides from escalating the ongoing trade battle while negotiating the elimination of tariffs and subsidies on non-auto industrial goods. As part of the agreement, the EU agreed to increase purchases of US liquefied natural gas and soybeans. While the proposed pact is only ta baby step, it is the first sign of a de-escalation in tensions on the trade front in months.

China’s block of tech merger nearly guarantees trade battle will worsen. China’s unwillingness to approve the merger of the US tech company Qualcomm with Dutch chip maker NXP Semiconductors set the stage for an escalation of trade tensions with the US. Eight other international regulatory bodies had approved the transaction, with China the lone holdout despite heavy lobbying in favor of the deal by top US officials. The deal’s approval had been expected in light of the recent decision by the US to ease penalties on China’s ZTE Corporation.

Housing market sending mixed signals as home sales sag. Sales of existing homes declined for a third month in June while the pace of new home sales fell to its slowest pace in eight months amid fresh signs that the housing market is cooling. Firmer mortgage rates and very low inventory levels, as well as changes in tax incentives is hampering sales. On the positive side, US housing inventory rose in June for the first time in three years year over year, as elevated prices created an incentive for homeowners to sell their properties. Conversely, existing home sales in the US continue to be stuck in a rut, falling for the third consecutive month (down 2.2% as compared to last June) on rising borrowing rates and a consistent lack of supply. The median housing price was up 5.2%, but supply constraints have impeded sales.

What to Watch This Week: Amid a slew of mostly second-tier economic data releases, the days ahead will be dominated by Wednesday’s Fed policy meeting and Friday’s release of jobs data for July, with only the latter holding the potential to move interest rates around.

With that said, the Fed meeting will be a non-event.  While no one expects the Fed to hike nor make any real change to its official economic assessment this week, nearly everyone expects the Fed to hike 0.25% at its next meeting in September, right in line with the Fed’s plans, thus there’s no need for Fed officials to alter their signaling about their next move in this week’s meeting. Looking beyond September, the robust Q2 GDP growth numbers helped boost the probability for a December hike, but its not a slam dunk at present.

Regarding Friday’s jobs report, we’ll be scouring the details for two things: 1) any signs of delayed hiring as a fallout from escalating trade tensions, and 2) any signals that the increasingly scarce population of available workers is meaningfully driving up labor costs (aka higher wages). We don’t expect to see either this time around, giving the Fed confidence to wait until its next meeting to hike rates.

Outside of the Fed meeting and the jobs report, we’ll be searching for any trade-war casualties from other economic data releases, specifically Wednesday’s manufacturing ISM report. If you didn’t know, the ISM is a measure of 300 manufacturing firm’s employment, production, inventories, new orders and supplier deliveries, and can greatly influence the tone of business confidence.

Take-Away: In the big picture, it’s important to remember that job growth and economic growth always strike a delicate balance: The faster the economy grows, the higher the demand for labor, which eventually translates into more expensive labor as its supply diminishes. Increasingly expensive labor eventually works as a drag on growth, helping to slow things down to a more sustainable level. It’s all about supply and demand – got it?

Since we’ve been growing robustly for years now, the employment trend over the next few months will reveal important clues on whether Q2’s blistering economic momentum will carry over into the second half. While we expect growth for the rest of the year to moderate from Q2’s stand-out 4.1% pace, the 2017-2018 year over year growth trend will likely still finish at a post-financial crisis high somewhere near 3%. As a result, given the lack of a material pickup in labor costs, moderate economic growth should yield continued job gains exceeding 200k per month. 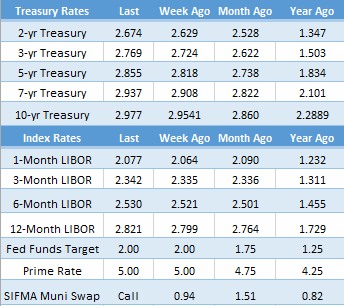 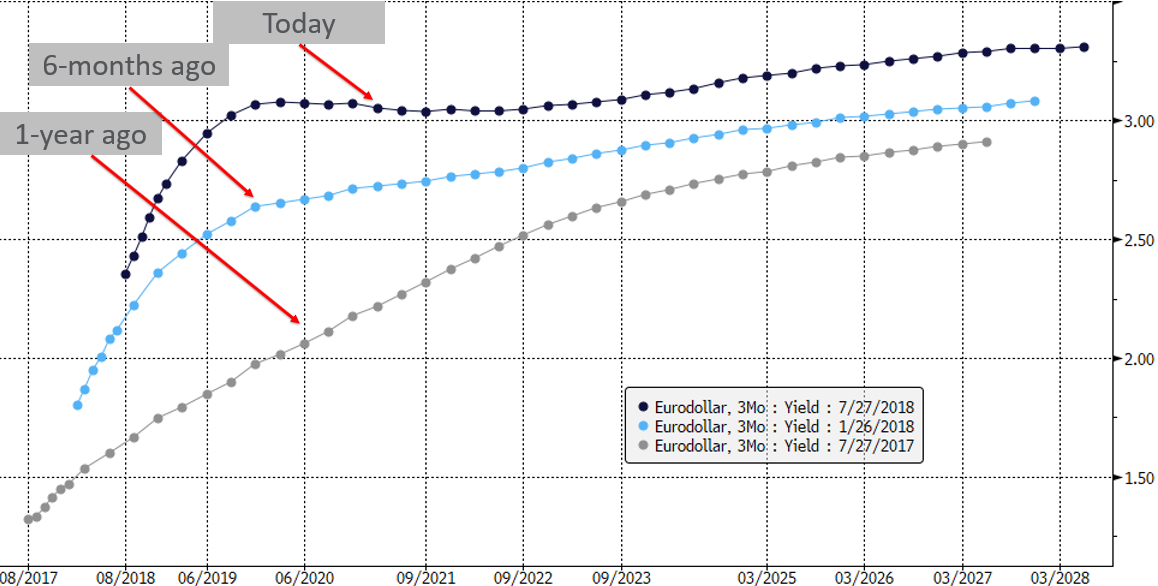