Last Week: The US employment report for September – the undisputed highlight of the week – was somewhat weaker than expected at 156K, but not weak enough to dent anticipation of a quarter-point hike by the Fed before the end of the year. Wages, another key piece of the report critical to continued growth in the economy, rose 2.6% on an annual basis.

The British pound had a terrible week, dropping to its lowest level since 1985. It began the week by falling to a fresh post-Brexit low near $1.26 before suffering a flash crash on Friday morning in Asia trading. Sentiment towards the pound hasn’t recovered after the Brexit vote, and trading surprises like we saw last week only induce the Fed to hesitate to normalize interest rates.

This Week: Apart from Friday, which holds a few key pieces of data on tap, it’s a light week for economic indicators. Outside of data, minutes from the last Fed meeting are set for release on Wednesday, and Fed Chair Yellen is speaking on Friday. A handful of other Fed officials are also scheduled to speak throughout the week, none of which are expected to move markets. Here’s a rundown on the most important –

Fed Minutes – Given the fact that the Fed has broadcast widely that they intend to hike in December and the market feels the recent jobs and wage growth data support the logic in doing so, the release of the meeting minutes will be useful in evaluating what the Fed is thinking over the long term, specifically its reasoning behind lowering its long term growth estimate to 1.8% from 2.0%.

Retail Sales – As we’ve said before, the American consumer will have to do the heavy lifting of driving economic growth over the next several quarters, and data on retail purchases has long served as THE barometer of such activity. By extension, this month’s report will provide critical clues on whether US GDP could log a high 2% or 3% growth handle in the second half of the year. August’s report was weak, thus all eyes are on this one to see if we’re on-track for a strong finish for Q3. We expect a 0.6% rise in September retail sales, 0.4% ex autos.

Consumer Sentiment – With continued jobs creation and rising wages, everyone is expecting continued improvement is consumer’s attitudes. This month’s sentiment gauge will be especially useful for insights into how consumers feel just ahead of the presidential election. We expect only a modest rise to 91.5 from last month’s 91.2.

Yellen’s speech – The Fed chairwoman is delivering a speech on macroeconomic research at the Boston Federal Reserve’s conference. We will be listening closely to her reaction to last Friday’s jobs report, and how she uses that reaction to frame the timing of the next rate increase as well as the pace of tightening in 2017.

For the British pound, Prime Minister Theresa May has stated that Brexit negotiations will focus on immigration at the expense of UK access to the European Union’s single market, and pointed to late March as the time frame for triggering Article 50 of the Treaty of Lisbon, which formally notifies the EU of the UK’s intention to withdraw – the official beginning of what will be a two-year long divorce.

The US economy is rapidly becoming widely viewed as being able to handle a 0.25% rate hike. With job creation remaining solid, continued improvements in hours worked and personal incomes, all signals point to a scenario where GDP growth in the second half of the year outpaces that of the first half. As such, the market is pricing in a roughly 72% chance of a hike at the Fed’s December meeting. Unless there’s some unexpected, exogenous shock to the economy, December’s 0.25% hike is a done deal. We’re now moving on mentally, focusing on whether the US economy can handle a few rate hikes in 2017. 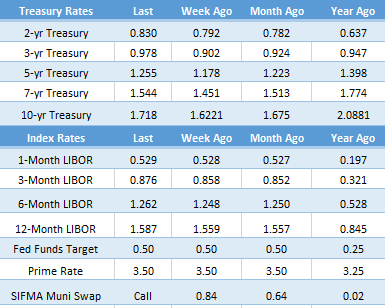 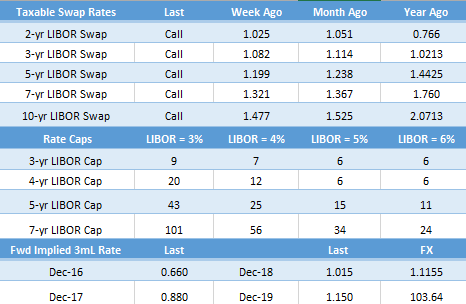 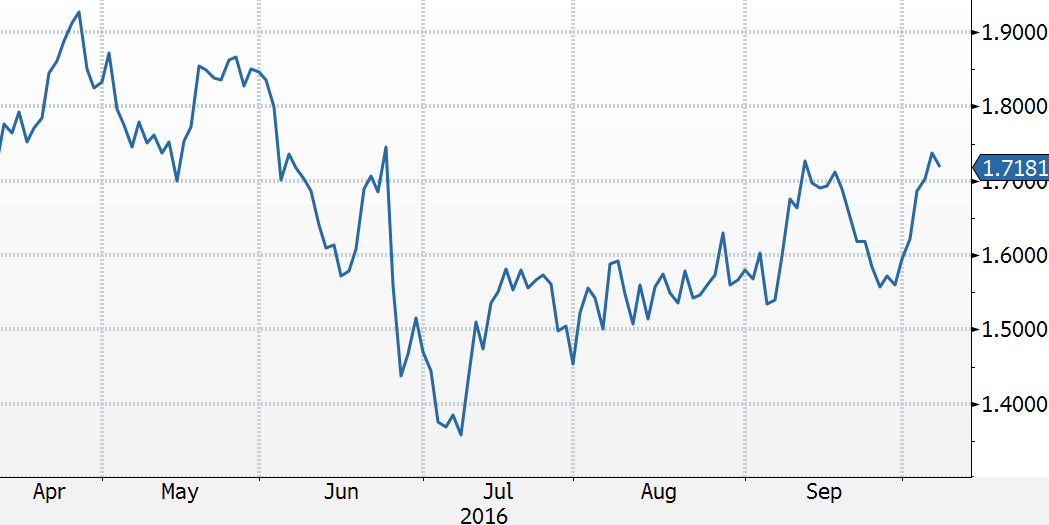 Click here for more DL Reports
The Yield Curve: What You’ve Always Wanted to Know but Were Afraid to Ask