Last Week: Rates, Equities and Oil all saw a reprieve from pain on the back of promised oil production caps, as the best gauge of inflation surged the most in four years to a one year high. Odds the Fed will hike again this year increased on the news. A second consecutive week of declines in jobless claims and increased signs of wage growth helped bolster the case that America’s jobs engine continues to fire. The 10-year Treasury climbed back from near-record lows earlier this month to end the week near 1.764% and 1-month LIBOR steadied near .4335.

This Week: It’s a mostly soft week for economic data, with Tuesday’s Consumer Confidence gauge (we expect no real change), Thursday’s Durable Goods data (we expect a surge after exaggerated weakness previously) and Friday’s release of Q4 GDP (expect a small slip lower after what is already weak growth) taking the spotlight. Markets will also be on alert for a continuation in the current “risk-on” sentiment, manifesting in equity and oil price rallies.

Take-Away: We still remain unconvinced that what the Fed describes as “global economic and financial developments” is causing a new, significant weakening in America’s economy. While we certainly heed the fact that markets are forward-looking and economic data is coincident at best, markets can also be volatile and spark false-alarms. While we agree that US GDP growth likely took a hit in the last quarter, we still feel that the growth that’s occurring is more than enough to keep unemployment trending down. If unemployment keeps falling, the Fed will have to resume tightening before long. The take-away from recent Fed meeting minutes and official speeches is that the Fed has most definitely hit the pause button, but we expect the tightening to begin again in June. In the meantime, we continue to watch jobless claims closely for signs of reversal. 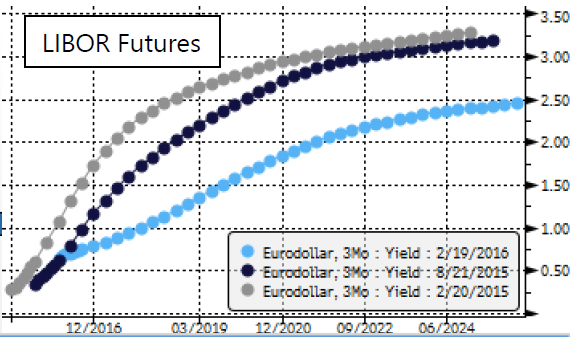 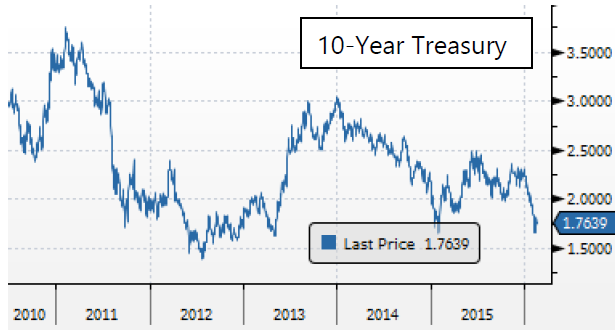 Negative Swap Spreads and What They Really Mean
Scroll to top