Don’t Be Fooled By Opaque Data

What You Missed Last Week: Long-term interest rates consolidated in a range, as equities traded around record highs, both supported by signs of gathering economic momentum amid broadening vaccinations. The yield on the benchmark US 10-year Treasury note eased to 1.67% from 1.70% last week, while short-term rates, like 1-month LIBOR and SOFR drifted near record lows. The price of a barrel of West Texas Intermediate crude oil slipped about $1 to $59.30, as the US Dollar weakened, and Gold strengthened. Treasury yield volatility, a key driver of the cost of rate caps and swaptions, drifted at elevated levels.

US services sector extended its recovery. The Institute for Supply Management’s services sector purchasing managers’ index surged to an all-time high of 63.7 in March, its tenth straight monthly increase, as COVID-19 restrictions were eased in many parts of the country. The blowout number followed a similar reading from the manufacturing sector of the economy. These figures comport with last Friday’s robust 916K job increase and suggest the US economy has a good deal of momentum heading into the summer months as the pace of coronavirus vaccinations quickens to an average of 3 million doses per day.

Our take: The services sector was hit the hardest during the pandemic; easing lockdowns are clearly driving its rebound. Rapid growth in services consumption by consumers, which makes up two thirds of consumer spending, paves the road for blowout economic growth this year. Keep an eye on this data point in the months ahead, as it will play a leading role in the near-term recovery.

Buried in the services report is the ISM employment index, which jumped to 57.2 from 52.7, confirming that most jobs affected by the pandemic are coming back. This rapid recovery begs the question: How long should extraordinary economic stabilizers – such as augmented unemployment benefits or aid to specific sectors – remain in place? Given the breadth and speed of the recovery, we doubt beyond September.

Fed meeting minutes affirm its vow to avoid hasty exit. The minutes of the March meeting of the Federal Open Market Committee released last week highlighted an economic outlook that had brightened considerably since January but remained far from the Fed’s labor and inflation goals. Policymakers on the committee seem to believe that the current inflation pressures – driven by a rapid economic recovery – are generally seen as temporary and that they expect prices to edge downward in 2022. The committee felt that rising Treasury yields were not a concern unless the move became disorderly or persistent.

Our take: The minutes offered little evidence that the Fed is budging from its set trajectories for either interest rates or asset purchases.  There were few hints in the minutes regarding the preconditions that would prompt the Fed to begin tapering asset purchases, let alone start hiking rates or reducing the balance sheet. As such, we expect the Fed to develop and communicate a clearer framework for reducing asset purchases around midyear, but actual tapering won’t begin until 2022 at soonest. Why? Jobs, plain and simple.

While the threat of inflation is fun to debate, the Fed’s #1 concern right now is job creation. No doubt, the latest reading on the jobs market is certainly encouraging, but we’re still about nine million jobs shy of where we were when the pandemic began. Until the jobs gap is closed, the Fed will remain extremely accommodative. For the near term, this means that the recent stall in the rise of long-term rates may be just a pause. We’re expecting that we’ll see the 10-year Treasury yield close to 2.00% before the year’s out as the economy continues to post strong recovery numbers, investors increasingly take on greater risk, and the Fed continues to sit on its hands.

Biden signaled flexibility on US corporate tax rate. After receiving pushback from business executives and lawmakers in his own party on raising the US corporate tax rate to 28% from 21%, President Biden signaled that he is willing to be flexible on the top-line figure. Many analysts expect the statutory rate to land somewhere around 25%. Biden is also said to be open to delaying tax hikes to garner support from Senate Republicans for his infrastructure proposal. GOP lawmakers have indicated that the $2.25 trillion plan spends too little on infrastructure and too much on longtime Democratic policy priorities. However, a favorable ruling from the Senate parliamentarian this week may make it easier for Democrats to pass more spending bills without any Republican buy-in.

As the debate continues to simmer, interest rate markets will increasingly debate whether the tax increases expected would offset the stimulative benefits to the economy from Biden’s infrastructure package, and how that calculation might play out in interest rates. More on that later as details of the plan evolve.

What to Watch this Week: It’s a solid data week ahead; the key economic data releases are the consumer prices report on Tuesday, and the retail sales report and manufacturing data and industrial production on Thursday. There are several speaking engagements from Fed officials this week, including speeches from Powell, Clarida, and Williams on Wednesday.

The question of whether inflation presents a credible threat to the comfortable status quo will be confronted via this week’s data releases. An overarching theme of new economic data going forward is its growing opaqueness; pandemic-stricken data from last year at this time will begin to roil year-over-year comparisons more forcefully, a quirk which will be broadly evident as this week’s March CPI report is measured against a sharp decline that started in March 2020. Meanwhile, retail sales are poised to soar on the latest distribution of stimulus checks; jobless claims are inflated by the timing of Easter and spring break holidays; and industrial production is riveted by semiconductor chip shortages and a recoil from a February freeze.

This increasing opaqueness will show up most notably in inflation data over the next several months, fooling many into believing that the massive stimulus being poured over the economy is finally sparking inflation, and as such, spurring the Fed into pulling away the punch bowl far sooner than they’ve telegraphed. Don’t be swayed into this belief – it’s a mistake. Here’s why:

Inflation gauges will be subject to significant distortions stemming from unusual readings last year at this time when pandemic-related lockdowns began, no doubt. Inflation pressures initially weakened over the March – April – May period of 2020 and later ran hot in July and August. As a result, year-on-year measures of both headline and core inflation will now be rocked by these wild gyrations. Initially, weak readings from a year ago will cause the 12-month change to spike, thereby creating the appearance of an inflation flare-up, followed by a rapid moderation when last summer’s “hot” readings eventually drop out of the tabulation. The Fed knows this and has done its best to hammer home the “any spike in inflation will be temporary” theme to its policies. Remember that when you are seeing the inflation-themed news headlines in the coming months.

Big Picture: The Fed remains locked into a “steady as she goes” path for both interest rates and asset purchases which it established last year and won’t alter this trajectory anytime soon. It’s firmly focused on the significant slack in the jobs market – which is far greater than what the official unemployment rate implies – and has little concern that its easy money policies are fanning the flames of inflation.

As future jobs reports in the coming months come at us, markets will be challenged to decipher the degree to which job gains merely reflect the restoration of a normalized, post-pandemic economy compared to real growth beyond the vaccination-fueled reopening. Meanwhile, the uneven composition of new hiring – like greater losses and gains among low wage workers – has laid a thick haze around any meaningful labor inflation signals, most importantly rising wages. 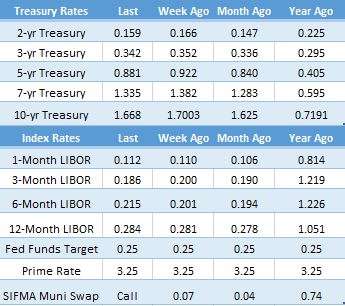 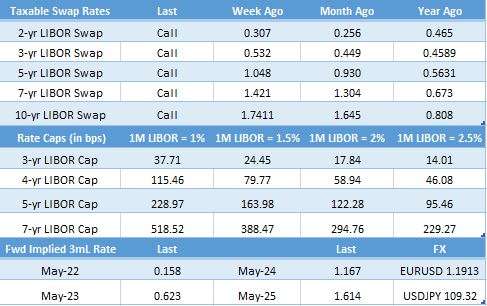 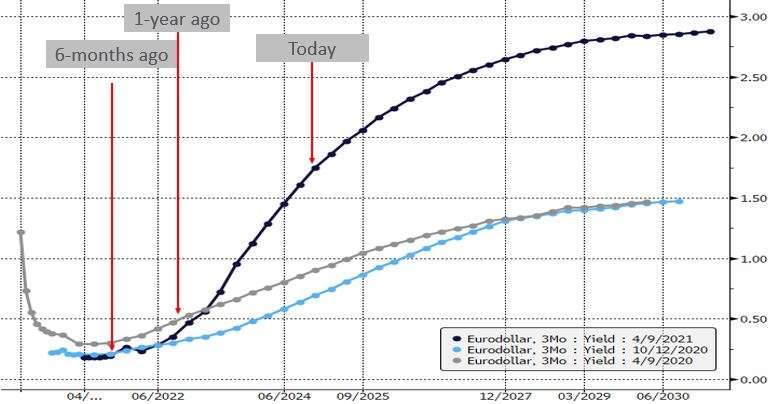 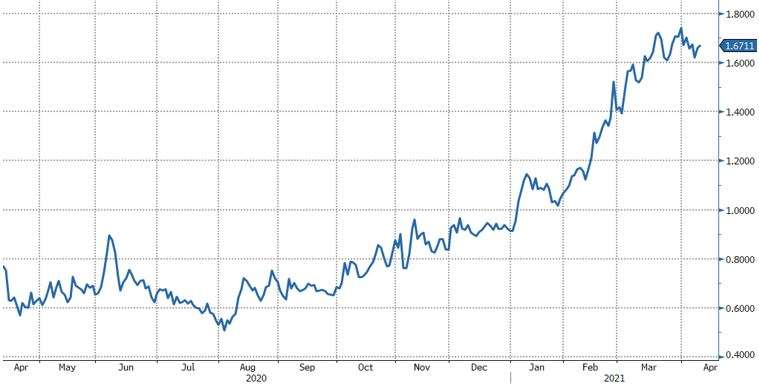 The Inflation Boogeyman is a Myth
Scroll to top