What You Missed: Long-term interest rates fell, and equities rose on the week as markets continued to doubt signals that America’s economy can weather a series of Fed rate hikes without falling into recession. The yield on the US 10-year note fell to 2.38% from 2.48%, while short-term rates, like the yield on the 2-year Treasury note, rose to 2.46%, its highest since 2019. Elsewhere, the price of a barrel of West Texas Intermediate crude oil dropped to $100.62 from $113.47 last Friday as President Biden announced the release of strategic petroleum reserves. The US Dollar weakened, and Gold strengthened. Treasury yield volatility fell through the week but remained elevated.

Our take: The efficacy of yield curves as a recession indicator is debatable. While they seem to work (they have predicted 7 of the last 5 recessions! That’s a joke.), what they really point to is the expectation that rates in the near term will be higher than in the long term. In other words, an inverted curve tells you that the bond market thinks the Fed is at the start of a hiking cycle and will end up easing again. Duh – one could surmise that from reading the Fed’s communications.

Like we said last week, don’t be fooled by the financial media’s screams from the rooftops that the 2-year versus 10-year, aka “2s10s” curve inversion portends a long recession and economic pain. We’re not anywhere near that yet. The last two times the curve inverted for more than a month – it’s been inverted for just a few days thus far this time around – the US economy fell into a recession which lasted 10 months beginning March 2001 and 17 months beginning in December 2007: 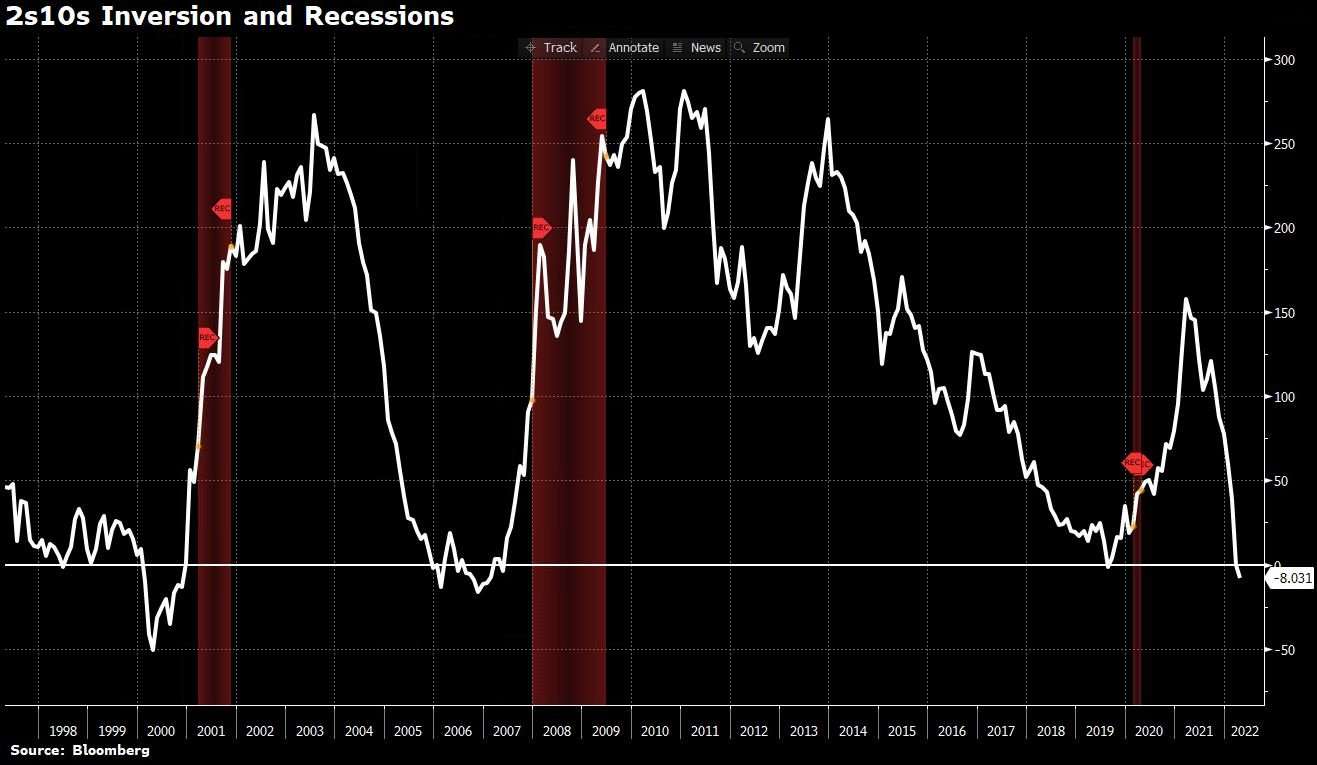 What happened afterward? Following the inversion of February 29, 2000, the 2s10s yield curve widened – the opposite of inversion – from -9.5 basis points to 266 basis points. Even the inversion of August 2019 lasted only one month and then widened to 120 basis points in September of 2021. What’s it all mean? Historically, yes, prolonged curve inversions do result in a recession, but the recession doesn’t last long, and the inversion dynamic evaporates rapidly, with either short-term rates falling or long-term rates rising or a combination of both.

Fed Chair Powell seems to agree with us, dismissing the yield curve recession signal. Why? Corporate and household balance sheets are solid, the jobs market is strong, and US economic fundamentals thus far have been resilient to domestic headwinds from inflation to waning stimulus from Congress and the President. As such, we doubt America’s economy will enter recession anytime soon.

The biggest risks to the economy at this stage come from abroad. Slowdowns in Europe, via a prolonged war of attrition in Ukraine, and China, via a broadening of lockdowns stemming from its’s “Covid-zero” policy, will dampen US growth. Russia’s war on Ukraine presents particular uncertainty for global financial markets. Any significant escalation in the conflict could lead to even higher oil prices and lead to a jump in credit spreads and sharp dollar appreciation. The drag likely would be partly offset by an increase in America’s oil and gas infrastructure, with the US being the world’s largest oil producer. An increase in natural gas demand from Europe also would boost investment to service Europe. If the one-two punch of simultaneous recessions in China and Europe recessions hit, US economic growth could fall below 1% this year.

What’s it mean for Fed rate hikes? Fed Chair Powell has signaled that the Fed may continue down its hiking despite these shocks if inflation stays elevated, but we doubt we’ll see the eight+ consecutive rate hikes through 2023 that many have forecasted. We suspect we’ll see three to four hikes of 0.25% this year, with a 0.50% hike likely in the mix.

Jobs data serves as recession kryptonite. America’s job creation engine produced 431k new jobs in March, below expectations of 490k. Revisions to the jobs count in previous months once again showed that hiring was in fact stronger than what real-time data showed: new jobs in January and February were revised up by 95k, with February jobs alone increasing from 678k to 750k. Difficulty in hiring continued to push wages higher, with growth in average hourly earnings, aka wages, surprising on the upside, rising 5.6%, higher than consensus (5.5%). With job openings far outnumbering the unemployed, we suspect that upward pressure on wages will continue, particularly at the low end of the pay scale.

Our take: The jobs market continues to run hot, suggesting the Fed’s sunny employment outlook contained in its recent summary of economic projections was justified. If it continues, the rapid absorption of unemployed into the jobs market will give the Fed the confidence it needs to hike interest rates sequentially.

What to Watch This Week: Last week’s release of strong jobs data for March gives the Fed a wide runway to hike rates aggressively to combat inflation. The data calendar for the days ahead will help to further solidify that view, with evidence of robust hiring (Institute of Supply Management Services, Tues.; initial jobless claims, Thurs.) amid growing signals of a gradual easing in the shortage of labor.

Markets have noticed, now pricing in 0.50% hikes at each of the Fed’s next two policy meetings in May and June. That’s likely a more aggressive path than what the Fed has in mind. Minutes from the Fed’s March policy meeting (Wed.) could give markets a sense of the Fed’s plans to unwind its massive balance sheet. If it does, it could give Treasury yields a reason to rise even higher. 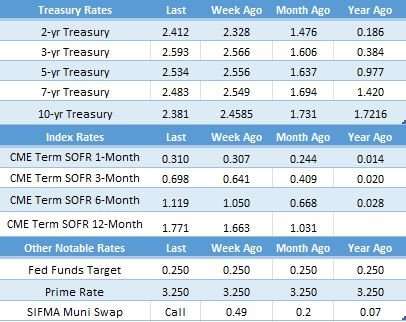 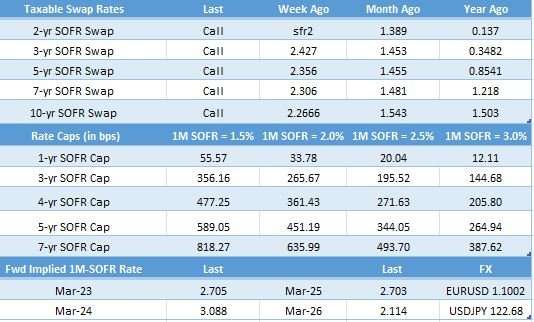 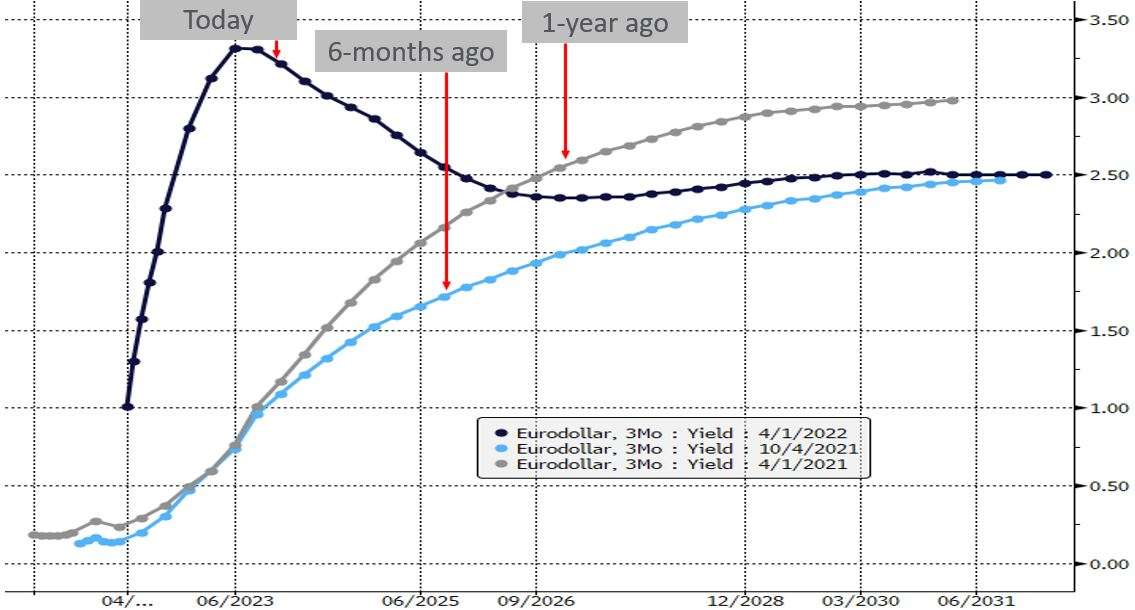 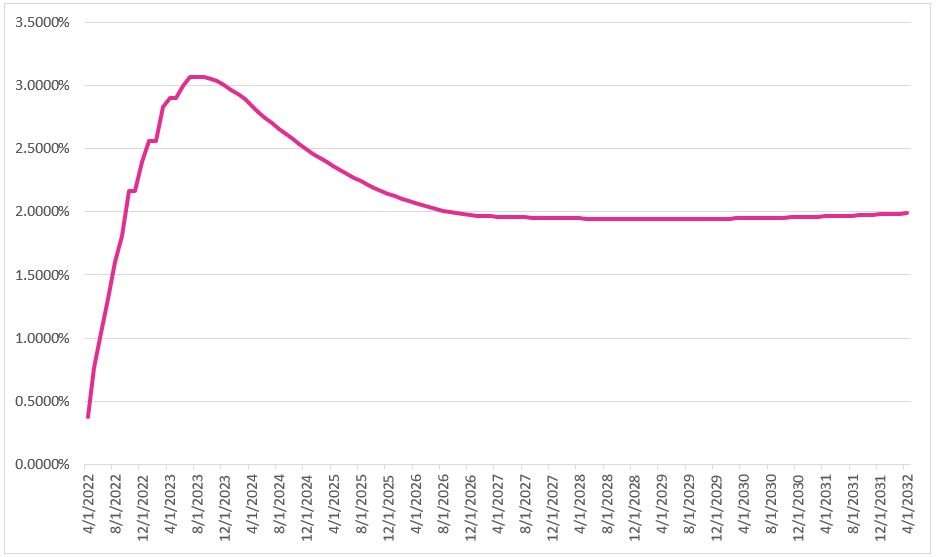 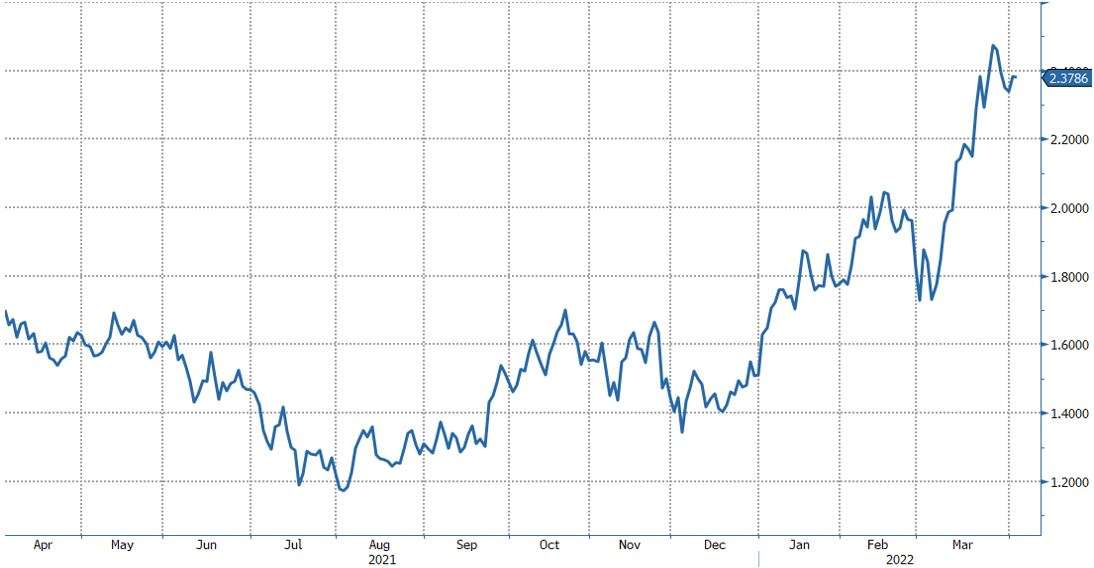