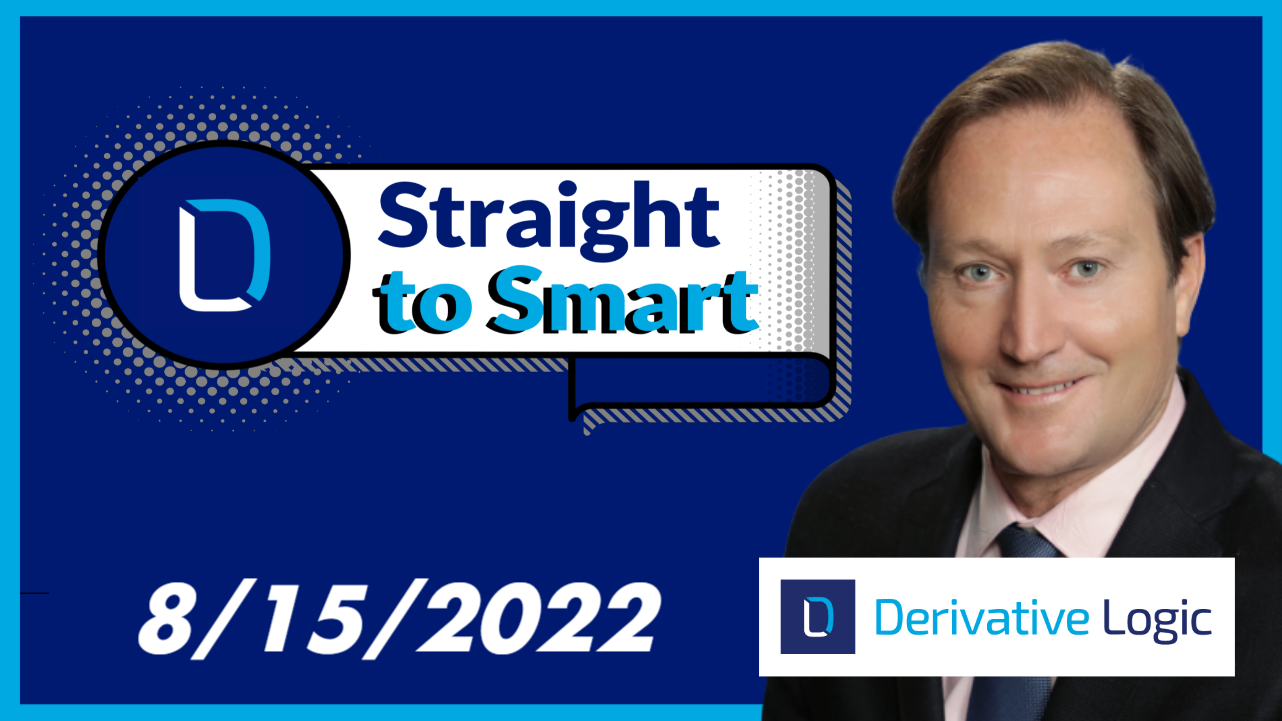 What You Missed: Short-and long-term interest rates rose along with equities, as data showed inflation easing to 8.5% in July, down from 9.1% in June, which called the Fed’s rate hike momentum into question. The yield on the US 10-year Treasury note rose to 2.85% from 2.83% a week ago, while the 2-year Treasury wrapped the week slightly higher at 3.24%, from 3.20% a week ago, with lots of volatility in between.

By the end of last week, the implied yield on the March ’23 Fed funds futures contract had risen to 3.66%, up from 3.64% a week ago.  The futures market now anticipates the Fed funds rate peaking around 3.61% in March/April ’23, then slowly drifting lower by ~ 50 bps into year-end ’23. Elsewhere, the price of a barrel of West Texas Intermediate crude oil rose to $92, up from $88 last Friday, and the US Dollar weakened, and Gold strengthened.

Last week’s soft inflation read won’t sway the Fed from hiking further. In contrast to expectations of an 8.7% annual read, the US Consumer Price Index (CPI) climbed by 8.5% on an annual basis in July. While food and housing prices remained high, the drop was largely due to lower energy prices. “Core” CPI  – a more indicative gauge of the underlying inflation trend – also softened, driven mainly by price declines in cars and travel-related categories. Core CPI rose 0.3% month on month (vs. 0.7% prior). On a year-over-year basis, core CPI remained at 5.9% from June.

Our take: Many in the markets are looking at the wrong set of inflation data. While the major financial news outlets tend to focus on the “headline”, annual inflation data, we’d argue that the better data set to focus on when analyzing inflation is the month-over-month “core” inflation data, as well as the core goods and services components that comprise it. This method strips out the volatile food and energy components and refocuses the analysis to a shorter time span, eliminating distortions brought upon by the pandemic.  What it tells us is that the inflation threat is far from over, will be stubbornly slow to decline, and that the Fed is unlikely to abandon its fight against inflation anytime soon.

The chart below is a high level analysis of some of the key categories that comprise the CPI, which are changes in descending order from worst to best.  The year-over-year change is in black, the three-month annualized change is in blue, and 1-month annualized is red. The take-away? Almost every category, with exception of apparel and communications, show continued inflation well above Fed’s target.  Energy – of course – is highly volatile in both directions.

Looking ahead, given the continued fall in gasoline prices, August’s inflation reading is likely to be another soft one, despite our longer view. However, with rents still pushing higher and wage increases beginning to seep into services inflation, any pause in inflation’s ascent at the “core” level will be short-lived and could approach 7% in the coming months.

Bottom line? The fact that several inflation measures have either declined a bit or at least stopped rising is meaningful and important, no doubt, but don’t be fooled. With wages accelerating and productivity falling, the Fed will soon go out of its way to reiterate that its inflation battle is nowhere near being accomplished, hoping to quash the bond market’s widely held view that the Fed will pivot to rate cuts next year as economic growth eases. Buckle up for a 0.50% rate hike in September with at least a 0.25% hike in both November and December.

What to Watch This Week: Charles Evans of Chicago, Mary Daly of San Francisco, and Neel Kashkari of Minneapolis, three Fed committee members that have traditionally leaned toward rate cuts, have made clear statements recently indicating that the Fed is unlikely to cut rates in 2023. In stark contrast, financial markets, via a rallying stock market, falling bond prices, and a big dip in the SOFR forward curve for next year, are choosing to ignore negative inflation developments and concentrate only on the good inflation news. The two dynamics are on a collision course and must reconcile soon or risk a market upheaval.

This Wednesday’s release of FOMC minutes for its recent July policy meeting will help move things toward resolution. We suspect that they’ll show that Fed policymakers still consider that the tightening cycle has a long way to go and that cuts are on the distant horizon at soonest.

Other data in the coming week will likely support the Fed’s view that the economy is strong enough more rate hikes. Industrial production (Tuesday), one of the important metrics the National Bureau of Economic Research business cycle committee tracks, most certainly grew at a respectable rate in July. Given the drop in gasoline prices in July, consumer demand (retail sales, Wednesday) is also likely holding steady, and Thursday’s initial jobless claims will show layoffs aren’t spreading.

All too often borrowers add risk when executing a swap, especially when fear – amid rising rates –  is the driver.  We are now faced with unknown challenges after years of low interest rates.  Objective, independent advice is critical right now to avoid the many pitfalls that lie ahead. In our decades of capital markets experience, we’ve had a front row seat to many economic cycles. Put our deep knowledge to work for you. 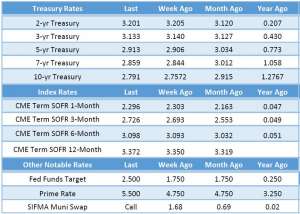 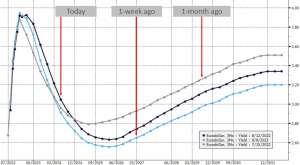 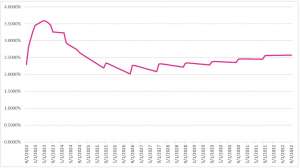 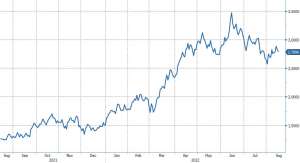 Fed To Double Down At Jackson Hole
Scroll to top