Last Week: Interest Rates were mixed as global equities extended gains amid signals of moderate global growth and weak inflation. After disappointing US jobs data, the yield on the 10-year Treasury note slipped to 2.17% versus 2.24% last Friday, while 1-month LIBOR rose to 1.0861% from 1.0503% a week ago. Oil continued its drop, falling to $47.35, as the US dollar weakened and Gold strengthened. Volatility, as measured by the Chicago Board Options Exchange Volatility Index (VIX), remained historically muted, falling to 9.9 from 10.8 last week. All three major US equity indices hit all-time highs.

America’s Job Engine Sputtered. The May employment report was a disappointment save for a continued drop in the unemployment rate. 138K new jobs were added last month, markedly lower than our 185K forecast, while March and April data was revised lower by 66K. Wage gains – a very important aspect of the data – thankfully were steady at 2.5% versus a year ago. The bright spot was the continued fall in the unemployment rate, which edged down to a 16-year low of 4.3%. While weaker than expected, the jobs data won’t dissuade the Fed from hiking rates on June 14th.

Optimism Waned in Some Fed Districts. In the scheduled release of its Beige Book, the Fed reported that economic optimism faded somewhat, as seven of the twelve Fed districts reported growth as “modest” since the last report on April 19, while four reported “moderate” growth and one district – New York – was flat. Markets still expect the Fed to hike rates later this month, but with inflation pressures moderating, future rate hikes are less certain than they were earlier in the year.

More Good News out of Europe: While manufacturing in the US and China moderated slightly in May, Europe continues to show strength across a myriad of economic gauges. Why should you care? The more Europe’s economic prospects improve, the greater the demand for its assets – equities and bonds – will become,  stealing away buyers of US Treasuries and offering one less hurdle for US interest rates to rise.

This Week: The economic data calendar is light, but there’s plenty of other events on tap to keep markets on the edge of their seat. Second tier data on manufacturing will take the data spotlight, but the heavy day is Thursday, with the general election in the UK, the European Central Bank’s rate decision and former FBI Chief Comey’s testimony to Congress on tap to garner the most eyeballs.

Take-Away: America’s pace of hiring has now fallen to its lowest level since mid-2012. This fact, when combined with slowing inflation, is suddenly spurring critical questions about America’s economic vitality. Rest assured, the widely-anticipated 0.25% Fed hike on June 14 isn’t in jeopardy, but the weaker showing of job creation has created doubt about whether the US economy can withstand the Fed’s prescribed two additional hikes this year.

If the dynamic duo of sluggish job creation and tepid inflation bleeds into the summer – an event we don’t expect – the Fed will likely delay its third hike to late in 2017 versus September as previously forecast, as well as stall the start of the official unwinding of the Fed’s balance sheet from late 2017 to early 2018. 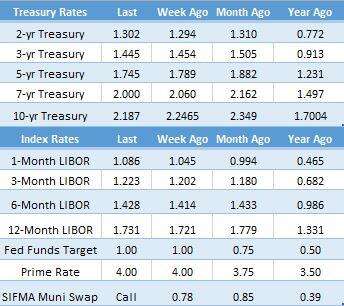 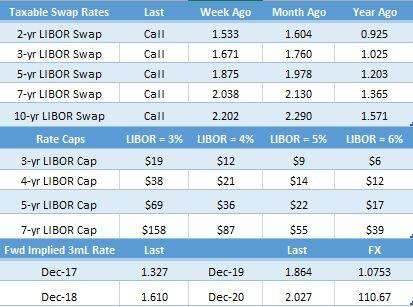