Last Week: Central banks were the main feature over the last week, with the Fed taking center stage. America’s central bank chose to stand pat on interest rates as expected but implied that we’ll see just two .25% rate hikes this year rather than four. It’s official economic forecasts were also nudged slightly lower. The market took all this as a sign the Fed is backing off; the US dollar sold off sharply, equities and oil rallied while rates declined across the curve. For the week, the 10-year Treasury traded up 8.1bps to 1.87%, while 1-month LIBOR declined 13bps to .4283%.

This Week: A light data week ahead of us and plenty of global holidays around to tempt us to take a few days off and come back for the US March employment report on April 1st. Data on existing home sales, durable goods and a third estimate of Q4 GDP will be the data highlights of the week while a slew of scheduled speeches from Fed officials will serve to reiterate the details of last week’s rate decision.

Take-Away: Economic data will be key in the weeks ahead, and we won’t see a rate hike until June at soonest. We continue to forecast three 0.25% rate hikes this year, as upcoming US economic data shows stronger than the Fed is assuming, job creation remains strong while core inflation continues to build, but at a muted pace.

What to Watch: As we’ve said previously, the key gauge of future Fed policy at present is the unemployment rate. Why? It’s an important measure of both the inflation and labor parts of the Fed’s mandate, and the low unemployment rate is seen as a leading indicator of inflation pressures. We believe the risks continue to be tilted toward the unemployment rate falling more than expected, to near 4.3%, as jobless claims show no sign of sustained weakness. As long as monthly job creation stays above 150K on a sustained basis, and core inflation keeps edging higher, the pressure on Fed officials to hike will increase. 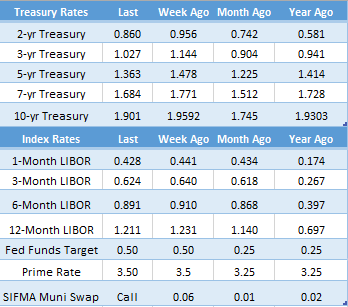 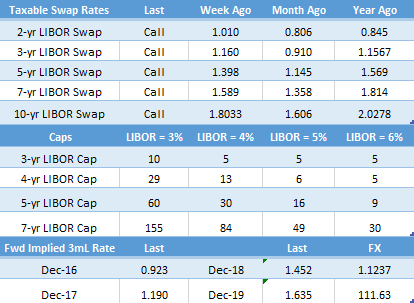 Click here for more DL Reports
Draghi’s Bazooka It’s Jobs Week
We use cookies to give you the best web experience. If you continue to use this site it is deemed you consent to this site's use of cookies.OkPrivacy policy
Scroll to top