Last Week: Both interest rates and equities traded noticeably higher, spurred by calmer emerging markets and hopes that upcoming US-China trade talks will defuse the ongoing tensions. The yield on the US 10-year Treasury note extended its rise to 3.00%, up six basis points on the week. 1-month LIBOR continued its slow and steady rise, wrapping the week at 2.16%, up three basis points from this time last week. Oil rose $1.50 a barrel to $68.60 while the US dollar fell, and Gold traded flat. Treasury yield volatility, as measured by the Chicago Board Options Exchange Treasury Volatility Index (TYVIX), fell to 3.16 from 3.60 last week.

US and China set to restart trade talks. US officials extended an offer to restart negotiations with China ahead of America’s imposition of an additional $200 billion in tariffs on Chinese imports. High level talks are expected to take place in Washington before the end of September, led by Secretary of the Treasury Steven Mnuchin and Chinese vice premier Liu He. The US is expected to refrain from imposing the latest round of duties in advance of the talks (remember there’s already $50 billion in tariffs in place). Markets took the news as a positive even though no one expects any kind of real breakthrough.

As we have said repeatedly, the trade topic will dominate headlines for the rest of the year, with China likely being the final hold-out to a trade deal with the US. It’s increasingly hard to see how further escalation of the US-China conflict can be avoided, and there is now a real possibility that all bilateral trade will eventually be subject to some sort of tariff. China will ultimately cave to many US demands however, as its economy is far less resilient/diversified than America’s and is already showing negative aberrations due to the prolonged conflict. Even though we expect very little US economic fallout from the trade conflict with China, the first place it should show up is in the pace of US manufacturing, which has proved surprisingly resilient thus far. In the meantime, ignore the trade conflict’s possible effects on yields at your detriment.

Fed Funds futures implying higher rates ahead. Fed funds futures implied rates – a popular barometer for where short-term interest rates are headed – began rising just over a week and half ago, nudged higher after the August employment report showed robust job creation and wage growth hitting a nine-year high. Expectations rose further last week, despite Producer and Consumer price inflation data coming in slightly below expectations. What it all means is that markets are finally coming around to the idea that the Fed will truly hike twice more this year (late this month and again in December) and at least twice more in 2019. They are then expected to take a breather in anticipation of and/or in the midst of economic slowdown after the boost from tax cuts fades and rate hikes take their toll. Rate cut anyone?

Data on US retail sales and inflation was mixed as factory production picked up. US retail sales were weaker than expected in August, rising just 0.1% versus expectations for a 0.4% increase. However, already strong July figures were revised even higher – up 0.7% versus the initial 0.5% gain – offsetting some of the disappointing August data. In contrast with the retail sales figures, industrial production was uniformly strong, beating expectations by rising 0.4% in August. Inflation data was weaker than expected, spurring speculation that price pressures may plateau or even decelerate into the end of the year, perhaps in concert with the Fed’s resolve to keep hiking rates.

Economic Fallout from Hurricane Florence TBD. It will take at least another week for any hint of Hurricane Florence to show up in economic data. However, we doubt it will have more than a minor impact on Q3 GDP, but it will distort an array of economic indicators for several months, clouding the Fed’s once reliable gauges of activity.

What to Watch this Week: It’s a quiet one on the data and event front as Fed officials enter their traditional blackout period ahead of the next FOMC meeting on Sept 26th. The only data release of note will be housing starts. While everyone knows that rising interest rates have taken their toll on housing this year, this week’s housing data could help illuminate new reasons why home sales and construction have been soft in recent quarters. Outside of data and the Fed, attention will remain focused on the trade dispute with China and the ongoing NAFTA talks with Canada, where we don’t expect any positive breakthrough anytime soon.

Take-Away: Despite the looming aberrations sure to strike September-October economic data due to hurricane distortions, the Fed won’t be dissuaded from hiking rates by 0.25% later this month, and it’s highly likely they’ll follow through with another in December despite last week’s softer-than-expected reading on inflation.

In the big picture, the recent surge of volatility in emerging markets rivals the two other recent epic surges in volatility, during the financial crisis (2007 and 2008), and events surrounding the 9/11 attacks and Argentina’s debt crisis (2001 and 2002). Recent events have centered around uncertainty over the trade war, the crisis in Turkey, Argentina’s slow implosion, Brazil’s and South Africa’s political turmoil, recent losses in Chinese equity markets and Russia’s surprise rate hike last week, implying an imminent recession there. The failure by some EM central banks to proactively raise interest rates has left vulnerable some countries trying to cope with the strong US dollar. While it’s easy to dismiss events in the emerging markets as unimportant, the trillion-dollar question remains: what are these markets telling us about future US growth relative to current expectations? 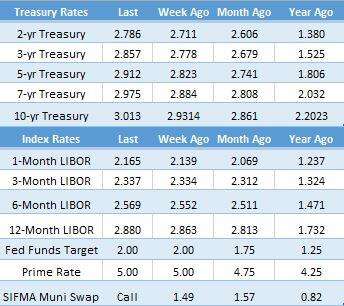 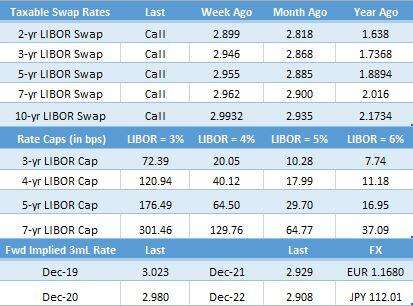 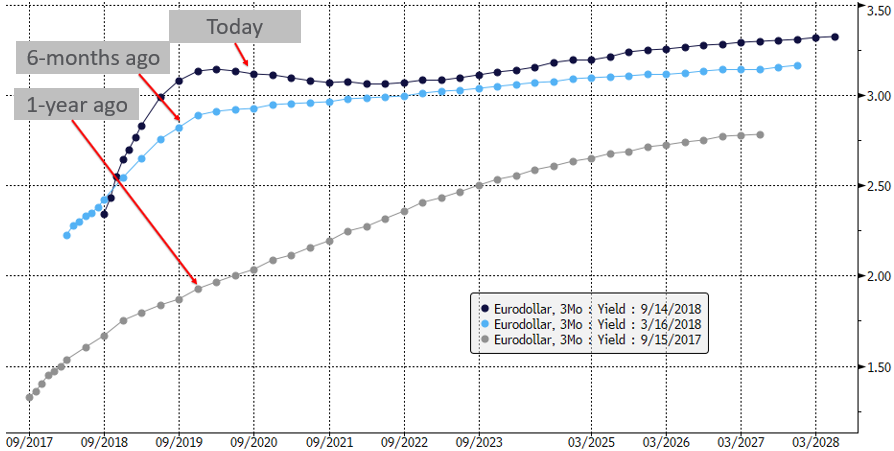 Hedging with a Rate Cap or Swap? Buyer Beware
Scroll to top