Last Week: Interest rates rose while equities fell modestly amid central bank chatter concerning scaling back monetary stimulus. Yields rose on the talk, with the 10-year Treasury note ending the week at 2.29%, up from 2.15% a week ago, capping the longest streak since April. 1-month LIBOR climbed to 1.2238% from 1.2211% the week prior. Oil prices recovered some of their recent losses, the US dollar and Gold weakened. Volatility, as measured by the Chicago Board Options Exchange Volatility Index, ticked up to 10.9 from 10.6, but remains near historic lows.

Looming end of easy money era spooks markets: Markets turned turbulent after a series of hawkish comments from developed-market central bankers suggested the era of ultra-loose monetary policy may be nearing its end. European Central Bank president Mario Draghi’s speech was read as suggesting that the ECB is considering curbing its asset-buying program. European bond yields rose sharply, as did the euro on foreign exchange markets. Bank of England governor Mark Carney, after saying only a week ago that now is not the time to raise interest rates, reversed course and said the Monetary Policy Committee will debate a rate move in the next few months. Joining the chorus, US Federal Reserve chair Janet Yellen and Vice Chair Stanley Fischer both voiced concerns that equity and other asset valuations are on the rich side, which suggests that financial stability worries could keep the Fed on a tightening path, despite easing US inflation pressures.

Eurozone confidence near a 10-year high. The eurozone economic sentiment indicator (ESI) jumped to a nearly 10-year high of 111.1 in June from 109.2 in May, with optimism on display in all sectors of the economy. For some perspective, note that the ESI reached 111.8 in August 2007, just before the global financial crisis began to intensify. Why you should care? German and US Treasury yields have been highly correlated of late, and any continuation of the current Euro exuberance will likely drive German Treasury yields higher and US yields with them.

What to Watch: It’s a short week and a busy calendar, full of Fed speakers, June’s all-important jobs report and the G20 meeting. Fed-speak will be the week’s main-event.

Take-Away: As we saw late last week and into this one, US Treasury yields have reacted more from comments from the European Central Bank (ECB) than from anything the Fed has done/said lately. With a consistently improving economic picture, Europe’s central bank is set to reduce its purchases of long-dated assets, sparking increased interest rate risk in Europe.  This dynamic is spilling over into US Treasury yields, which have increased in the days since the ECB intimated its plans, aka the European Surprise. The move in US treasury yields surprised many in the markets, reminding those with a purely US focus that they do so at their peril. 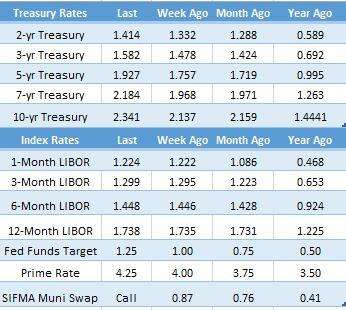 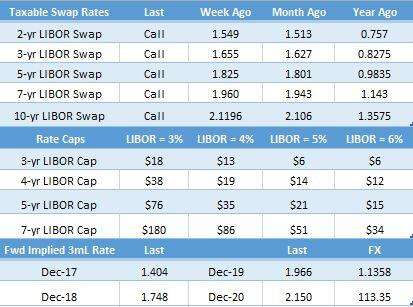 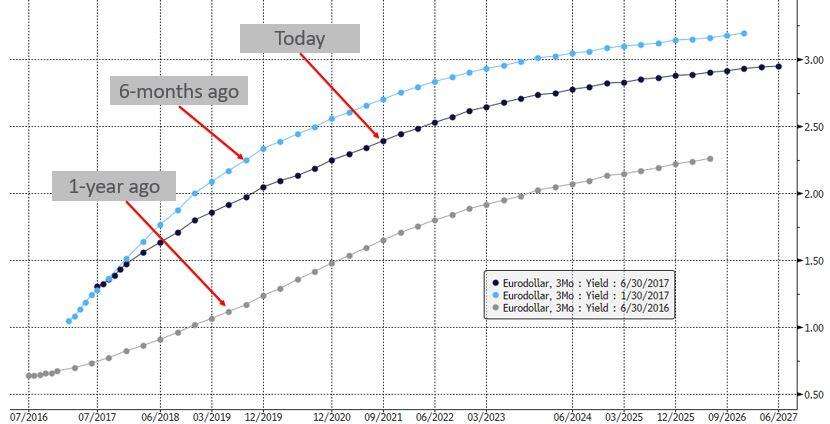