Last Week: Interest rates and equities firmed in the wake of progress on US tax reform. US Treasury bonds saw little net change however, with 10-year notes wrapping the week at a 2.3796% yield, up slightly from 2.3721% a week ago. 1-month LIBOR continued its steady march higher, trading to 1.4443% from 1.3920% over the same period. Oil fell slightly, the US Dollar rallied, and Gold weakened. Market volatility, as measured by the Chicago Board Options Exchange Volatility Index (VIX), slipped back below 10, to 9.80 from 11.50 last Friday.

The US Jobs picture dazzled, but wages remain weak. Nonfarm payrolls increased a better-than-expected 228,000 in November, while the unemployment rate held steady at 4.1%. Wages advanced a paltry 0.2% last month after declining a revised 0.1% in October. Year-over-year wage growth remains stuck around 2.5%. November was the 86th straight month of net US job creation, which cements expectations of a third, 0.25% Fed rate hike this Wednesday.

The IMF sounded the China alarm bell. The International Monetary Fund officially warned that China’s debt-fueled investment and export-driven economic model has reached its limit. The fund stress-tested 33 Chinese banks, and outside of the big four, found substantial weaknesses, with many banks deemed to be undercapitalized. The IMF called on China to deemphasize high growth in gross domestic product, which incentivizes local governments to extend too much credit and to protect failing companies, as ballooning debt increases the risk of a credit crises and will soon weigh on economic growth. Why does China do it? One word: Jobs. China must continue to maintain inefficient, money losing companies so that they continue to employ Chinese citizens, or otherwise risk protests like that seen in 1989 in Tiananmen Square. Why should you care? Being one of the largest holders of US Treasuries, China’s evolution in this regard will absolutely impact US Treasury yields, its just a matter of when.

Progress on the BREXIT front. After falling short of reaching a deal last weekend, the British government and the European Union managed to come to an agreement, just in time for next week’s EU summit. The pact includes a financial settlement, protects the rights of EU citizens residing in the United Kingdom and guarantees no hard border between the Irish Republic and Northern Ireland. EU demands on these critical issues having been satisfied, talks will now include future trade arrangements between the two sides.

What to Watch This Week: The Fed will hike rates by 0.25% on Wednesday, raising the federal funds target range to 1.25%–1.50%. The Fed’s widely anticipated move comes on a high note, where America is witness to one of the longest economic expansions since WWII. The meeting will be followed by the final press conference of Chair Janet Yellen, where the focus will likely center on the Fed’s dual mandate dilemma of balancing concerns of labor market overheating and persistently soft inflation. Farewell Janet, thanks for the memories.

Take-Away: Last Friday’s positive jobs report had little effect on the certainty of a Fed hike this Wednesday, but if the positive tone of the labor market endures into early next year, it could affect the degree and timing of Fed rate hikes throughout 2018. Attention is intensifying on the economic and Fed hike outlook for 2018 and beyond, and in particular, how the Fed will react to tax reform that now appears likely to become law.

What should you expect? Most economists are telling markets to brace for the largest tightening of monetary policy in a decade. Not just in the US, but in all developed countries. Quantitative easing – a central bank’s systematic buying of market assets to spur economic growth –  seems to be finally on its way out, with net asset purchases by the world’s primary central banks expected to fall to a monthly $18 billion by the end of 2018 – far lower than the $126 billion seen in September 2017 – and turn negative by the beginning of 2019.

The expectation of higher rates stems from an increasingly synchronized global expansion believed finally strong enough to spark inflation. The Fed’s challenge? To continue pulling back accommodation (raising interest rates) without snuffing out demand or rattling equity and bond markets. Regardless of economist’s belief on where interest rates will be in the future, 2018 stands to be a pivotal year for determining where rates are headed over the next several years. For a deep analysis, look for our views in our Annual Interest Rate Forecast set for distribution during the first two weeks of January. Until then, a clearer picture will emerge after Central Banks that set borrowing costs for more than a third of the world economy meet over the next two weeks to render their final interest rate decisions for 2017. 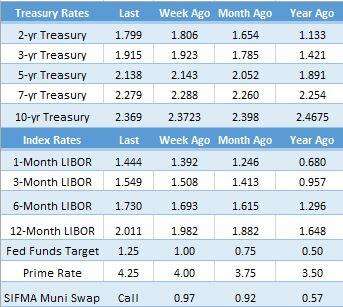 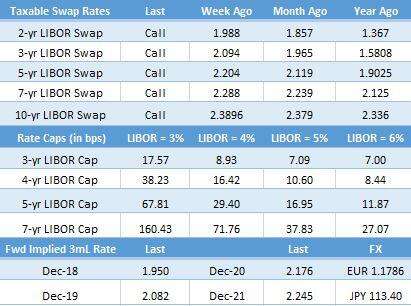 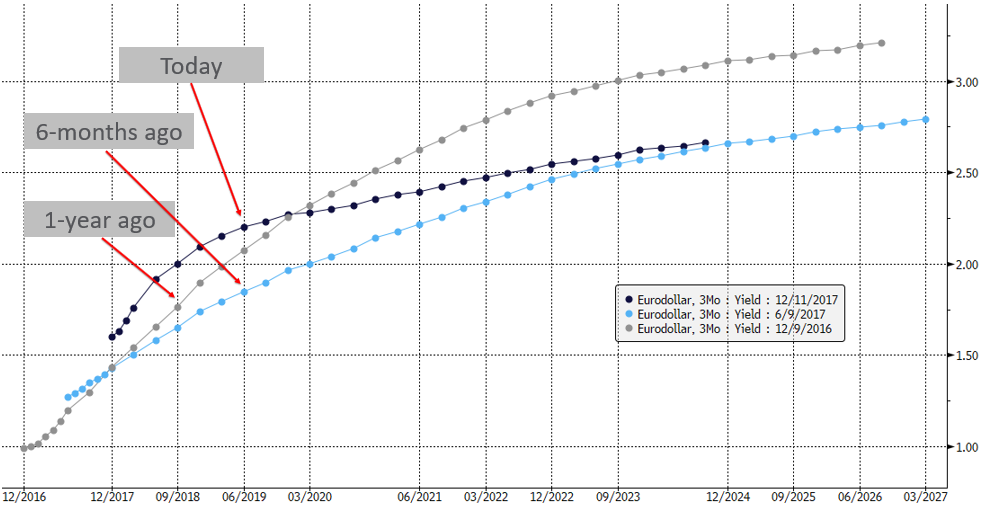