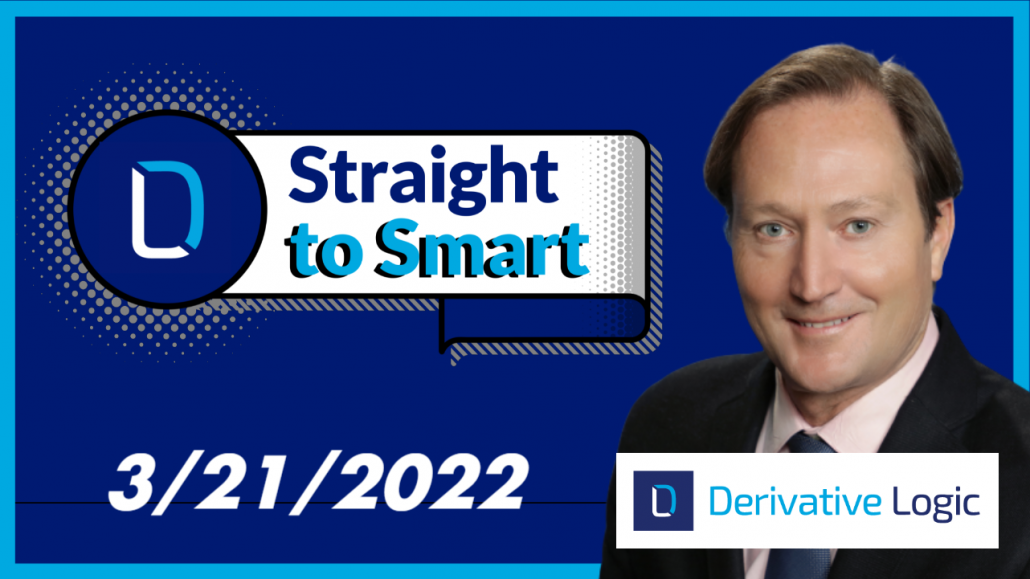 What You Missed: Both short and long-term Interest rates rose on the week, and yield curves maintained their flattening bias, as markets digested signals of a prolonged Russia-Ukraine conflict and a Fed that’s firmly on the path of rate hikes. The yield on the US 10-year note reached its highest level since May 2019, hitting 2.25% midweek before easing back to 2.15% last Friday. Once again, most of the action in yields occurred in shorter maturities, with the 2-year yield rising 10 basis points to 1.94%. Amid concerns over the potential for widespread lockdowns in China as the Omicron variant spreads there, the price of a barrel of West Texas Intermediate crude oil fell to about $103 from $109.25 this time last week. Elsewhere, the US Dollar and Gold both weakened. Treasury yield volatility, a key driver of the cost of rate caps and other option-based interest rate hedges, eased off its recent highs but remains elevated.

Fed choses inflation over economic growth.  Following its widely expected 0.25% rate hike last Wednesday, the Fed indicated that it expects to hike rates at least 0.25% at each of the six meetings remaining in 2022, according to its latest Summary of Economic Projections. The FOMC statement accompanying Wednesday’s hike, the first hike since late 2018, indicated that inflationary pressures had broadened beyond the supply and demand imbalances resulting from the pandemic. The Fed said the implications for the US economy on the heels of Russia’s invasion of Ukraine are highly uncertain, but noted the invasion’s likely inflationary impacts, along with its potential to weigh on growth.

In the post-meeting press conference, Fed Chair Jerome Powell said the central bank could hike rates more quickly if the committee feels its appropriate while acknowledging that the invasion will likely postpone the untangling of global supply chains, likely making inflation more persistent. He further warned that the tight jobs market may have reached an unhealthy level. He said he expects price levels to moderate in the second half of the year and to come down more sharply in 2023.

Regarding the Fed’s massive balance sheet, Powell indicated that the Fed’s rate-setting committee discussed quantitative tightening in depth, and that it could start shrinking its bond holdings as early as May. Despite the growth challenges posed by the conflict in Ukraine, the Fed chair said he sees the odds of a near-term recession as low and the economy as well-positioned to withstand tighter monetary policy.

Our take: Since the new year, the trillion-dollar question has been how serious the Fed has been about pulling back the easy-money punchbowl. That question has now been answered: the Fed will do what it needs to do to bring inflation under control and is prioritizing price stability over whatever growth concerns emanate from Ukraine or other global risks.

Bottom line? The Fed is firmly on a rate-hiking, aka “hawkish” tilt, is serious about controlling inflation, and is willing to hike rates faster and higher than previously expected. However, If the Fed hikes rates at the pace markets suggest  – six 0.25% hikes between now and year end –  we suspect a recession in 2023 is likely.  That’s a scenario the Fed wants to avoid. Inflation expectations have yet to follow oil prices lower, but if they do, the Fed will seriously consider hiking less and more slowly than markets is pricing. To us, that means three to four 0.25% rate hikes this year at most.

Not familiar with the former Fed Chair, Paul Volker? You should be. The inflation-ridden world we’re all living in and the Fed’s renewed approach to battling it begs for a comparison of approach between Fed Chair Powell and Volker. However, any real comparison will be an imperfect one. The 1980s-era titan of Fed Chairs, Paul Volcker, recognized that inflation was entrenched, and clearly understood that he would have to crush the economy to bring it under control.

In sharp contrast, it’s unclear from the Fed’s revised economic projections from last week’s meeting, or from Powell’s comments during the post meeting press conference, that today’s Fed has sufficiently acknowledged the costs to the jobs market or the financial market turbulence that’s required to bring inflation back down to target. Unlike Volker, when asked about the tradeoff between the Fed’s dual mandate of price stability and full unemployment, Powell never acknowledged they would be in direct conflict. He said the jobs market has ample cushion to absorb tighter monetary policy, and that price stability is crucial to ensure sustainable economic expansion.

Whose approach – Volker’s or Powell’s – is the correct one? We’ll have to see how it plays out. For now, both last week’s meeting tells us that optimism about inflation still permeates the minds of the Fed’s rate-setting committee: Powell expects that ample supply of individuals willing and able to work will heighten wage pressures, supply-driven inflation will largely subside on its own, and that bubbling inflation won’t lodge in the minds of consumers and businesses to the point where it strangles their spending/investment activity in any serious way. The risk for the Fed now is tightening monetary policy too gradually – out of concern for job losses – and as a result losing the public’s confidence that it’s serious about bringing down prices.

Dollar’s role as dominant reserve currency comes under scrutiny. Freezing Russian reserve assets and largely cutting it off from the SWIFT global payments system has caused several countries to take steps to reduce the US dollar’s role in international trade. For example, India and Russia are discussing conducting trade in rupees while Saudi Arabia and China are considering trading oil in yuan. While Russia and China have each set up cross-border settlement systems, there is no obvious dollar replacement waiting in the wings.

The euro is likely to be tarred with the same brush as the dollar as European countries have joined the US in putting in place an aggressive sanctions regime against Russia. While China is the world’s largest exporter, the yuan is not yet well suited to replace the dollar as the global reserve currency since China maintains strict capital controls, which is a nonstarter for a reserve currency. Why you should care: Any real effort to undermine the US dollar’s dominant role will also dent the appeal of US Treasury bonds as the world’s asset to own in times of economic or geopolitical stress, which, by extension, would also muddy the role US Treasury yields play reflecting financial market sentiment.

While many of our readers seek our guidance on interest rates, we’ve also spent decades advising organizations on managing the movements of currencies – exchange rates – on their businesses. Believe us when we say that the dollars’ dominant role won’t diminish in any real way in our lifetimes. Think about it: In times of stress, where do you want to put your money? China? It’s a communist country. Europe? It’s a political mess and has been for decades.

What to Watch This Week:

The economic calendar that lies in wait in the week ahead will help to determine whether Fed Chair Powell needs to channel more of his inner Volker amid signals that inflation is showing no signs of slowing. The housing market is still going strong (new home sales, Wed.; pending home sales, Fri.) and the jobs market is extremely tight (initial jobless claims, Thurs.), while households increasingly worried about ballooning price pressures (University of Michigan consumer sentiment, Fri.). 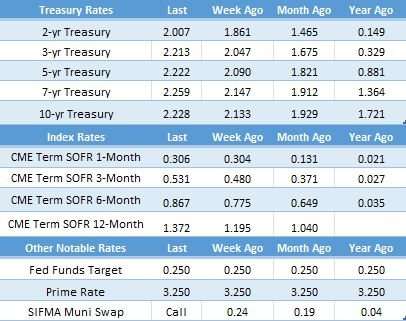 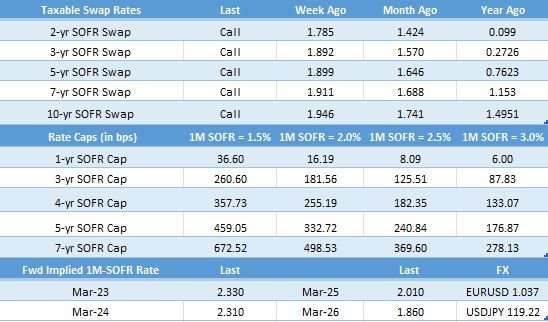 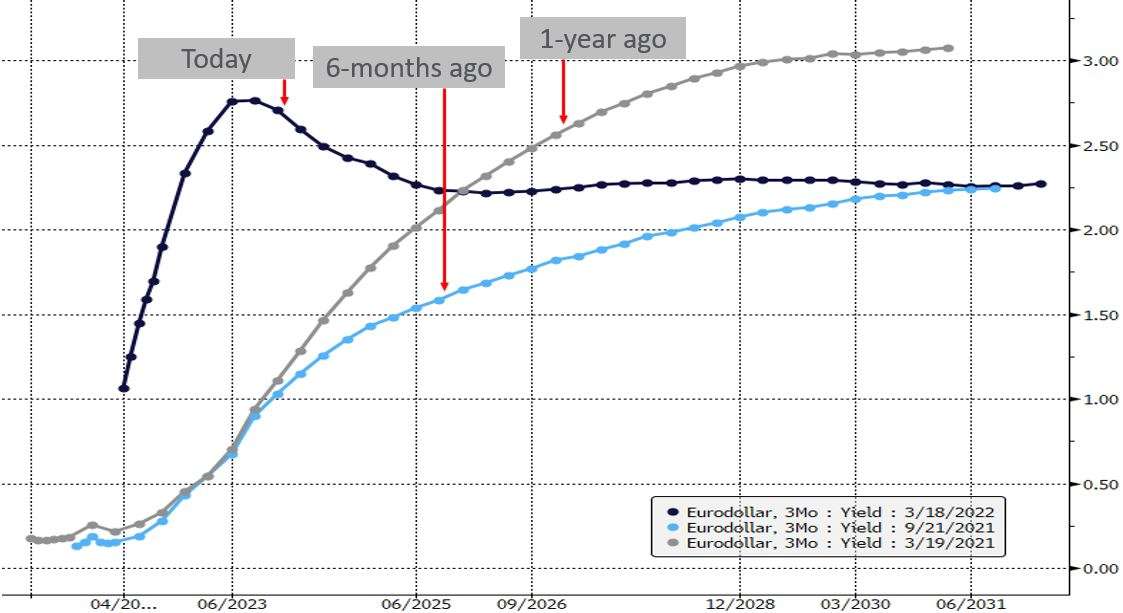 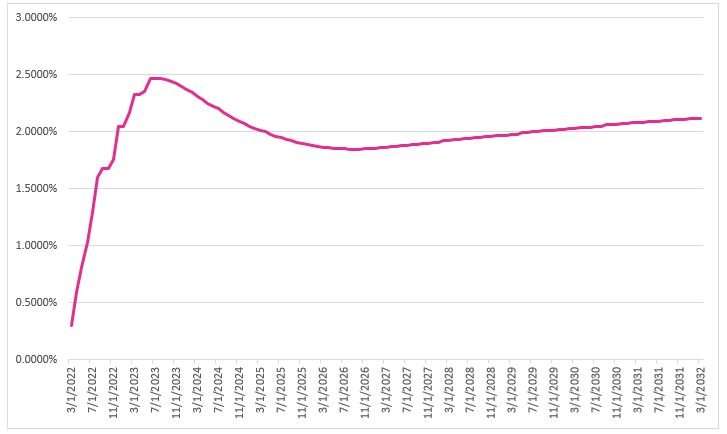 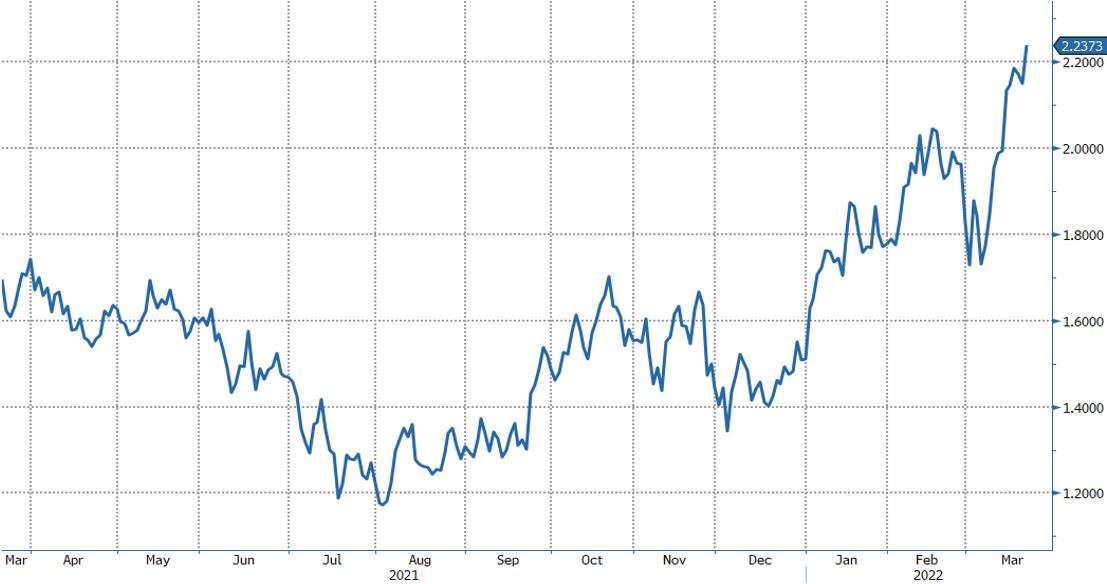 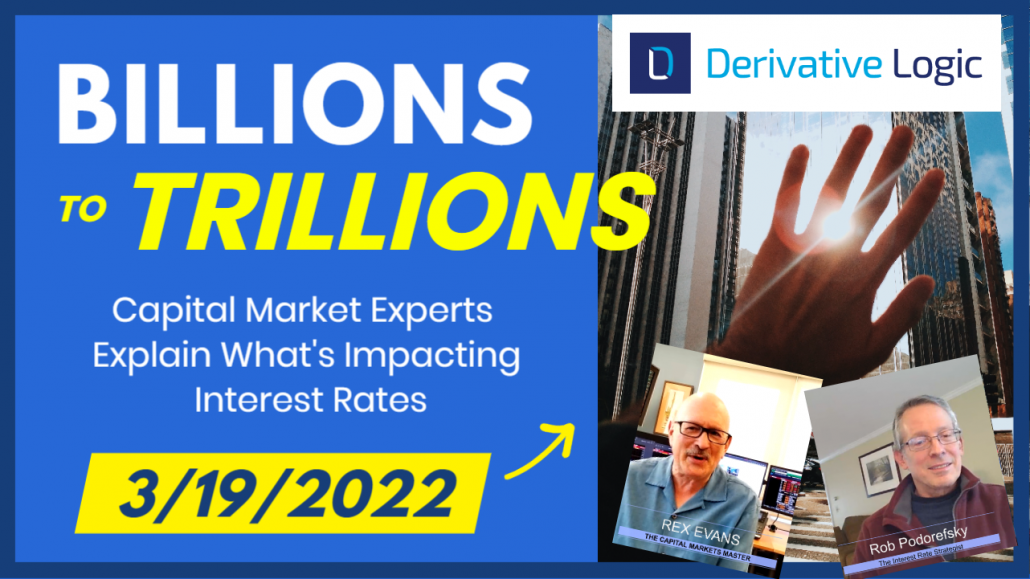