Last Week: The highlight far and away was Friday’s jobs data, which came in lower than expected at 160K , with 19K of back revisions, versus a consensus of 200K, and versus a 203K average for Q1 2016. Treasury yields and the dollar nose dived after the news before rallying on the details of better wage growth and hours worked. A couple of Fed officials attempted to calm markets by reiterating that soft payrolls won’t derail the Fed from hiking at least twice this year. Equities finished slightly lower, the dollar strengthened while oil held its own. For the week, the 10-year treasury fell 9 basis points to 1.7824%, while 1-month LIBOR rose 22 basis points to .4379%.

This Week: It’s a quiet one in the days ahead until Friday when Retail Sales data for April is set to drop. Until then, second tier gauges of business inventories, import prices, small business sentiment, producer prices and consumer sentiment pepper the week while and a handful of Fed officals are scheduled to speak. None is expected to alter the market’s current stance of uncertainty around a June rate hike.

Take-Away: We’re licking our wounds somewhat after being more optimistic than most on the performance of America’s job engine than Friday’s jobs data ultimately revealed. At the end of the day, the jobs data was not that far off expectations aside from a sharp correction in household survey employment (-40K). We’re choosing to not over-interpret the fall in the headline number as annual wages rose to 2.5% (an admitted focus of Yellen & Co.), average hours worked increased, the unemployment rate held steady at 5%, and initial jobless claims held within their long-term range of 246 -273K. All are elements that suggest employers aren’t holding back just yet, and we doubt that it will change the Fed’s view much.

So what’s it mean for a June rate hike? While we’ve lowered our probability for a June interest rate hike, we still believe that it’s a real possibility albeit a less compelling one especially given the recent soft Q1 GDP print last week.

The pace of hiring and the pace of economic growth continue to be out of sync, and the big question is what will happen next: will employment growth fall to meet what’s implied by paltry 0.5% Q1 GDP or will GDP rise to meet America’s strong jobs performance of late? With markets holding their nerve after Friday’s data, oil rallying and a S&P that’s just 3% off it’s recent high, don’t write the Fed off for June just yet. 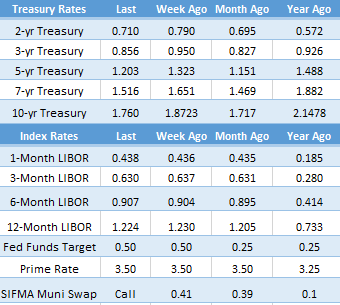 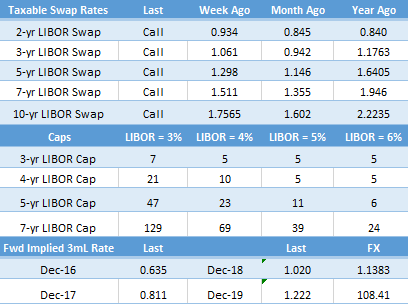