Last Week: Rates rose in the major economies of the world and global equities slipped. The yield on the US 10-year Treasury note rose 10 basis points on the week to 2.39%, as 1-month LIBOR ended the week down slightly, to 1.2263% from 1.2269% the week prior. Oil declined modestly, the US Dollar weakened slightly and Gold fell. Volatility, as measured by the Chicago Board Options Exchange Volatility Index (VIX), rose to 11.75 from 10.9 the week prior.

US employment backdrop brightened. Nonfarm payrolls rose a stronger-than-expected 222,000 in June, handily beating estimates for a gain of 174,000. Upward revisions to April and May payrolls added an additional 47,000 jobs to those previously reported. Despite the solid employment gains, wage growth – the key, largely missing ingredient for sustained economic growth – remained muted. The unemployment rate rose 0.1% to 4.4% as jobseekers reentered the labor force.

Fed minutes suggested more rate hikes down the road. The minutes from the June Fed meeting downplayed the recent weakness in inflation, and suggested that the continued easing in financial conditions strengthened the case for rate hikes and also appeared to indicate that some members favored a July announcement of balance sheet normalization.

This Week: The week is all about inflation pitfalls and Fed fears. Fed Chair Yellen’s semi-annual testimony to Congress will dominate the market’s focus in the week ahead. While the Fed has provided the operational details of its planned balance sheet reduction, they’ve yet to provide the most important detail: the start date. Market players will be listening intently for a start date or new information on when one might be announced.

While the start date of the balance sheet unwind may seem trivial, since 2013, the Fed has become one of the largest traders of fixed income investments and as it begins to sell its massive treasury holdings back into the market, its actions could slow its planned pace of rate hikes. Of course the Fed wants to prepare markets for its actions as much as possible, and will thus communicate them far and wide ahead of time, but it can’t control how financial markets react to any announced change of its stimulative policies. Don’t believe it? Remember the “taper tantrum” in the summer of 2013 when US 10-year Treasury yields spiked from 1.62% to 2.60% in just two months? It could happen again.

On the data front, inflation measures are front an center in the days ahead, specifically Thursday’s the Consumer Price Index (CPI) for June, currently sitting near a two year low year over year, plays directly into the Fed’s inflation target. Should CPI wane again, and inflation along with it, calls on the Fed to scale back its proposed rate hikes will intensify. Retail Sales data on Friday will also garner significant market focus for signs the almighty consumer continues to power US economic growth.

Take-Away: Last week’s June jobs report lent the Fed confidence that US economic momentum is holding up well. We – and markets – are slowly concluding that economic growth is rebounding strongly. We’re sticking to our belief that we’ll see the next 0.25% hike in December. The fly in the ointment to more Fed hikes this year? Backsliding inflation and fallout from rising Treasury yields.

While influencing inflation is a long-term affair, the key driver of the recent spike in rates has been events in Europe, specifically in part due to remarks by European Central Bank President Mario Draghi coupled with slightly stronger-than-expected inflation prints in Germany. In addition, the gradual unwind of the political risk premium that had built up European rates prior to the French presidential election is providing a tailwind. We expect this dynamic to continue, as the economic picture continues to brighten in Europe, underpinned by solid growth momentum, subdued inflation, and easier monetary policy relative to the US. Do you only pay attention to economic events in the US? If you do, the past couple of weeks have proven that you do so at your peril. 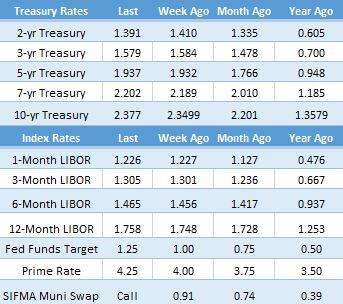 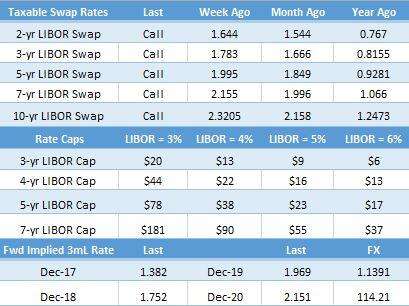 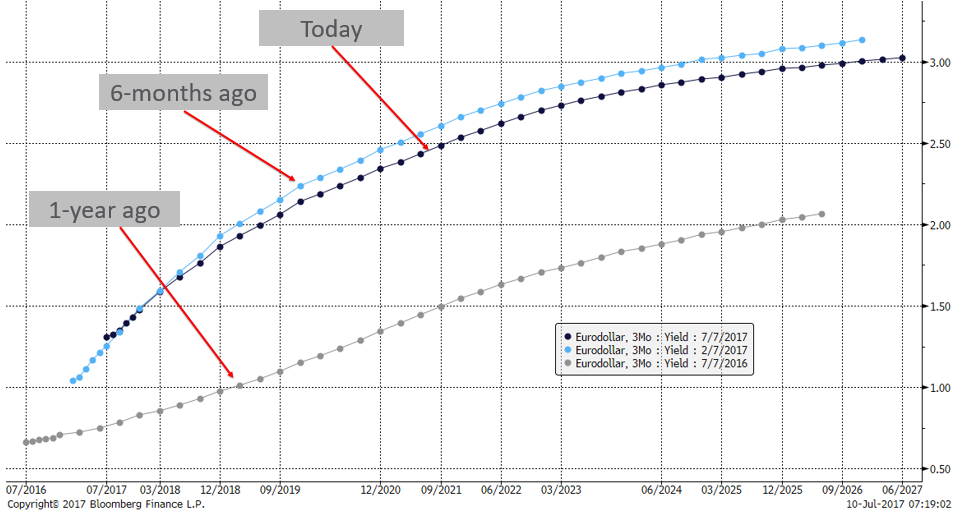