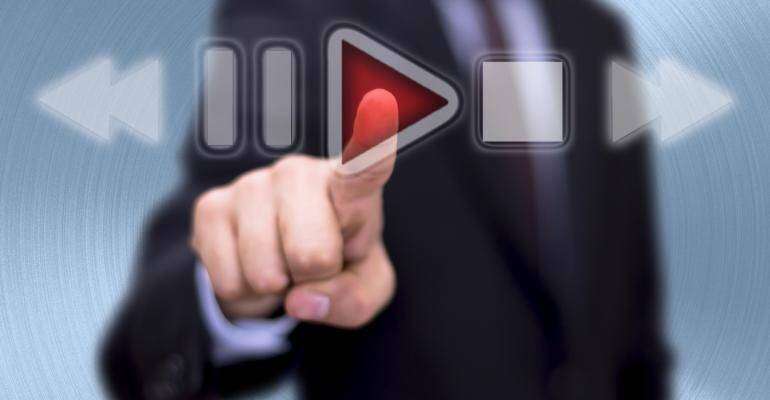 The Good: Vehicle sales, not part of the holiday season, contributed strongly to December’s Retail Sales results; Job openings rose 3.1% in December to 7.34M, beating the expected 6.90M; the Consumer Price Index remained flat for a third straight month; Consumer sentiment rose to 95.5 in February, beating the expected 93.0; the Empire State manufacturing survey came in at 8.8 for February, above the expected 7.6.

Weak US economic data spooked markets. US retail sales unexpectedly slumped a whopping 1.2% in December – far below expectations of a 0.1% advance – belying anecdotal reports of robust holiday sales from retailers. Given that retail sales are a barometer of consumer’s spending behavior, itself the driving force behind the economy, the weak data prompted downward revisions of Q4 and Q1 US economic growth forecasts. Weekly jobless claims data were also disappointing, with the four-week moving average of claims rising to its highest level in over a year. January industrial production data disappointed, falling 0.6%, a much weaker performance than expected. Our take: While unnerving, one period’s worth of retail sales, jobless claims and manufacturing data does not a trend make. We’d have to see a few months of negative surprises to alter our expectation of a solid US economy for Q1. The sluggishness in retail sales was likely due to the government shutdown and sticker shock related to smaller than expected tax refunds. We believe the retail sales number in particular was an outlier and look to the fundamental drivers of consumer spending – solid real disposable income growth, strong household balance sheets, and a relatively elevated savings rate – as drivers of a rebound next month and beyond.

Signs of progress on the US-China trade front. With just two weeks to go in the self-imposed 90-day window to negotiate a trade deal with China, President Trump is considering extending a moratorium on raising tariffs on Chinese imports for an additional 60 days if it appears the two sides are making real progress. Negotiators are struggling to reach agreement over US demands for structural reforms from China and over the thorny issue of verification. Supposedly, the two sides are closer to issuing a memorandum of understanding that could form the basis of a broad agreement. We’re skeptical the tough issues such as intellectual property and forced technology transfer will be resolved anytime soon and could easily linger until late in the year. However, President Trump is highly motivated to show progress well ahead of the 2020 presidential election.

More signs of global slowing as Germany barely avoids a technical recession. German GDP was unchanged in the final quarter of 2018 in the wake of a Q3 decline, allowing Europe’s largest economy to narrowly avoid falling into a technical recession (two consecutive quarters of negative economic growth.) Slowing global growth and ripple effects from ongoing US – China trade friction continues to weigh on demand for European exports, as exemplified by the dramatic 4.2 % drop in eurozone industrial production in December. Ongoing signals of an economic slowdown continue to emanate from the world’s powerhouses, e.g. the European Union and China. The trillion-dollar question now? Does America’s economic pace give it enough escape velocity to avoid the near-global downturn or will it slowly succumb to the economic doldrums of its neighbors?

What to Watch This Week: A light economic data calendar and speeches from Fed officials will compete for the spotlight with important international themes in this holiday-shortened week.

For interest rates, Wednesday’s release of minutes from the Fed’s January policy meeting will take center stage, as markets scrutinize the text more than usual considering the sharp “patient” pivot in Fed messaging between December and January.  Most importantly, the meeting minutes should allow us to discern the degree to which the Fed’s more hawkish-leaning members were on board with the Fed’s recent signaling that its next interest-rate move was equally likely to be a hike or a cut. It’s these hawkish-leaning members who will lead the charge to put the Fed back into rate-hiking mode, thus the evolution of their sentiment will provide important guidance with respect to the timing of the next hike.

The meeting minutes will also be scoured for clues on how the Fed’s plans for its balance-sheet unwind are evolving. Key for interest rates will be any new insights into the ultimate end date of the unwind, the eventual size of the balance sheet and the final asset mix. Given that the balance sheet unwind is broadly seen as having the equivalent impact on the economy as rate hikes (its nickname is “quantitative tightening” by the way), any change in the Fed’s plans will certainly touch everything from rates on mortgages to Treasury yields. We expect the Fed to cease its balance sheet shrinking exercise by the end of the year.

Outside of the Fed, mid-winter US housing and factory production survey data and February gauges of economic sentiment in Germany will be closely watched as markets increasingly question Germany’s growth prospects in particular, and the euro-zone outlook more broadly. None is expected to move US interest rates in any meaningful way.

Take-Away: The Fed – via its official “patient” pivot back in January – has taken itself out of the interest rate hiking business for the foreseeable future until upcoming economic data prompts a hiking or cutting shift. The Fed intended to over-correct in a dovish direction, so as to avoid a repeat of the communication misfire and subsequent market upheaval seen after its December 2018 policy meeting.

As such, we’re sticking to our expectation of at least one Fed hike this year, likely in September or December. We draw conviction from the broad strength of America’s economy, which will remain on solid footing from respectable household spending and, to a lesser extent, business investment. Both will aid in driving inflation above the Fed’s 2% target this year, despite headwinds from declining international growth prospects, specifically Europe and China. 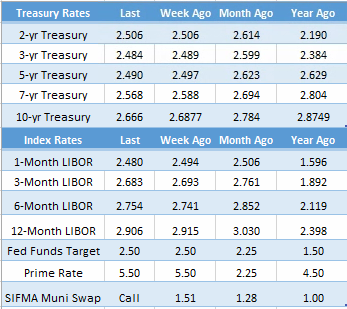 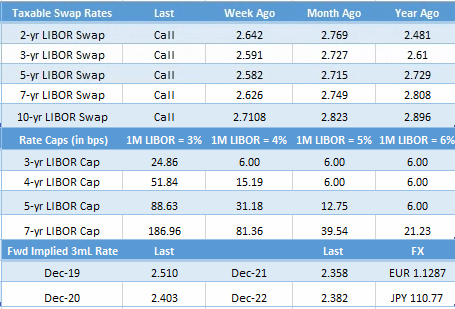 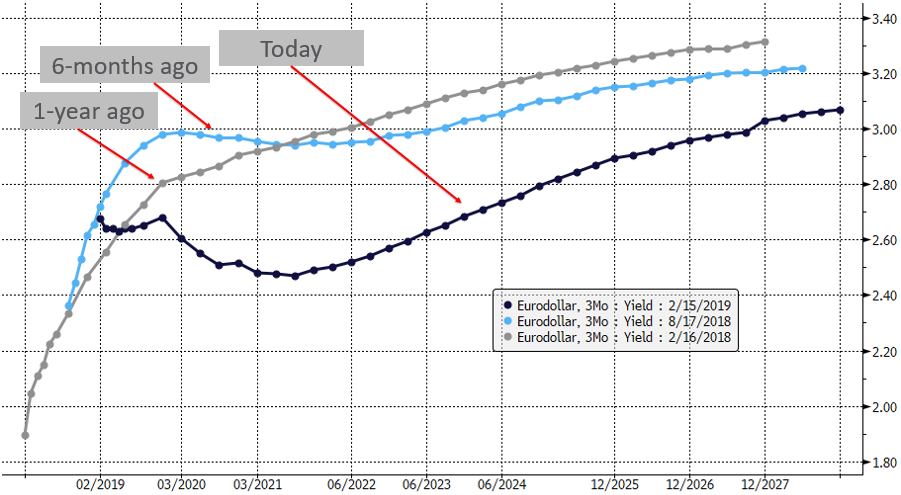 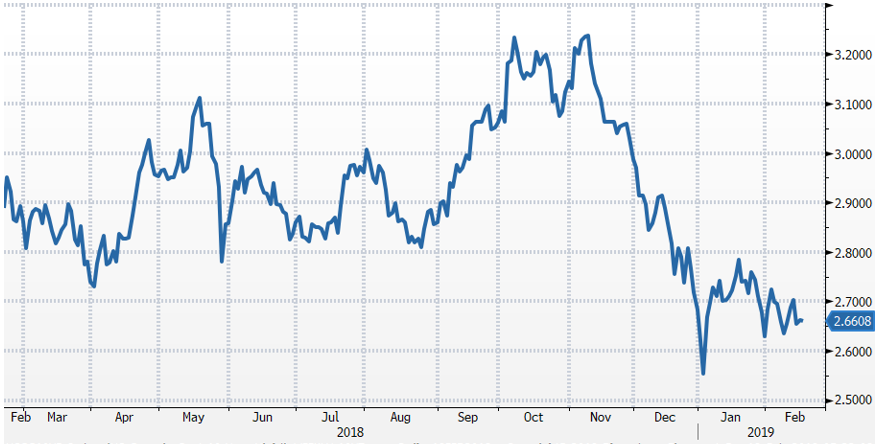