Fed: No Hikes Until We See the Whites of Inflation’s Eyes

Last Week: Interest rates traded higher and global equities were lower on the week as more signals of slowing economic momentum emerged. The yield on the 10-year US Treasury note edged up to 0.69% from 0.67% a week ago after the Fed set a dovish tone, while one-month LIBOR drifted to the higher end of its recent range to 0.155%. For perspective, the 10-year Treasury yield has been stuck in a range of barely 10 basis points all month and is less than 40 basis points above its record low. The price of a barrel of West Texas Intermediate crude oil rose to $41.28 from $37.26 last week, as the US Dollar and Gold both weakened. Treasury yield volatility, a key driver of the cost of rate caps and swaptions, fell throughout the week.

Fed won’t hike again until we’ve reached economic paradise. At its last meeting before the November election, the Federal Reserve decided to hold the line by keeping interest rates anchored near zero for the next few years or – as signaled through its economic projections and upgraded forward guidance – until inflation consistently rises to around 2% AND the unemployment rate falls to somewhere near 4%. Our take:  The FOMC statement made clearer that the Committee is prepared to remain on hold well into 2023. While no one expects the Fed to hike or cut rates any time soon, its reassurance about the path of rates for years in the future changes the near-term calculus very little, and probably means that they won’t move rates off of zero until the economy reaches the high inflation + low unemployment paradise conditions that have rarely ever been met. Keep reading for a deeper analysis.

America’s factories continued grinding out production gains, but any climb higher will be tougher. Industrial production rose 0.4% in August following a 3.5% rise in July, lower than expectations. Manufacturing output fared better at 1.0% but was lower than that seen in the previous month. Given that the easy gains from reopening the economy are probably behind us now and production growth is subsiding, it will likely be awhile before factory production (or new factory jobs, anyone?) will get anywhere near pre-pandemic levels.

Why you should care: Stabilizing consumer demand and inventory shortages in some goods categories should nonetheless allow factory production gains to continue into the fall. However, stubborn slack in overall demand, a geographically uneven economic recovery and soggy business investment will likely persist well into 2021, weighing on any major improvement on the jobs front and restraining inflation amid the Fed’s reframing of its unemployment and inflation targets. Not that you didn’t already know, it means that short term rates will be low for longer.

US consumer spending slowed in August as extended unemployment benefits were cut for millions.  Consumers increased their spending by 1.9% last month, the third straight monthly increase. On a positive note, consumer incomes rose 0.4% after two months of declines. Our take: Despite the gains in spending and incomes, the pace of gains is slowing, highlighting the hazy economic landscape, with high unemployment, struggling businesses and deep uncertainty about when the health crisis will be solved. When people and companies will feel confident enough to spend and hire normally again is certainly hard to guess.

Oil’s outlook dimmed. The Organization of the Petroleum Exporting Countries (OPEC) cut its forecast for oil demand growth for the remainder of 2020, citing a weaker-than-expected recovery in India and other Asian countries, and warned that risks remain “elevated and skewed to the downside” for the first half of 2021. Similarly, the International Energy Agency cut its forecast for 2020 oil demand growth, citing a “treacherous” path ahead amid weakening market sentiment and an upsurge in the number of global coronavirus cases. Why it matters for interest rates: With the price of oil and its distillates comprising a significant portion of the expense base for some businesses and consumers, any perceived slack in oil demand helps erode upward momentum in prices and therefore interest rates.

What to Watch This Week: The data docket in the coming week will highlight robust demand for housing bumping up against tight supply in August. While existing home sales (Tuesday) may post another strong increase, new homes sales (Thursday) could recede, restrained by the lack of housing completions. The durable goods report for August (Friday) will likely depict the continued recovery in investment, given limited inventories, although capex will remain subdued amid considerable economic slack.

The event of the week is Fed Chair Powell’s testimony on the CARES Act before the House Financial Services Committee on Tuesday, and the Senate Banking Committee, alongside with U.S. Treasury Secretary Steven Mnuchin, on Thursday. Powell is expected to again pressure Congress to pass a Phase 4 stimulus bill – to slow the ebbing of the fiscal tide – amid slowing economic momentum, despite the Fed remaining in its “whatever it takes” mode.

Other than that, Traders will be paying close attention to how the markets react to the $155 billion of Treasury auctions.   Will the historical relationship between government bonds, as a safe haven, hold if there is a selloff in stocks? With a growing supply of longer dated Treasuries, the hedge may prove risky.

Big Picture: Now that we have some specific parameters from the Fed that tell us when the rate hikes will commence – when inflation consistently rises to around 2% AND the unemployment rate falls to somewhere near 4% – it’s important to realize that there is no guarantee that the Fed’s current pedal-to-the-metal policy will actually produce the inflation + full employment power duo the Fed is striving for.

As a matter of fact, the combination is extraordinarily rare in economic history.  Since 1960, when the Fed’s favorite measures of inflation first became available, the 2% inflation + 4% unemployment rate combination has manifested in only 23 months between then and now. That’s less than 10% of the time.

While none of this changes things much for now, the Fed’s newly defined path toward higher rates will give us a steeper yield curve in the near term, since any rise in inflation in the coming quarters will be permitted to run hot, only getting a yawn from an ever vigilant Fed. 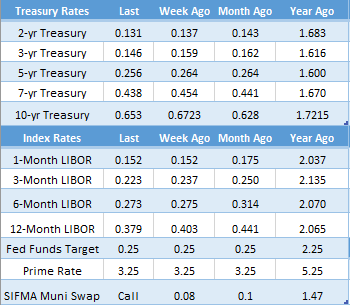 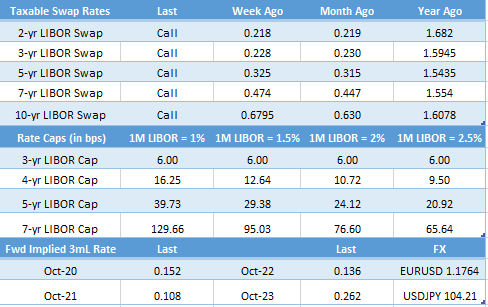 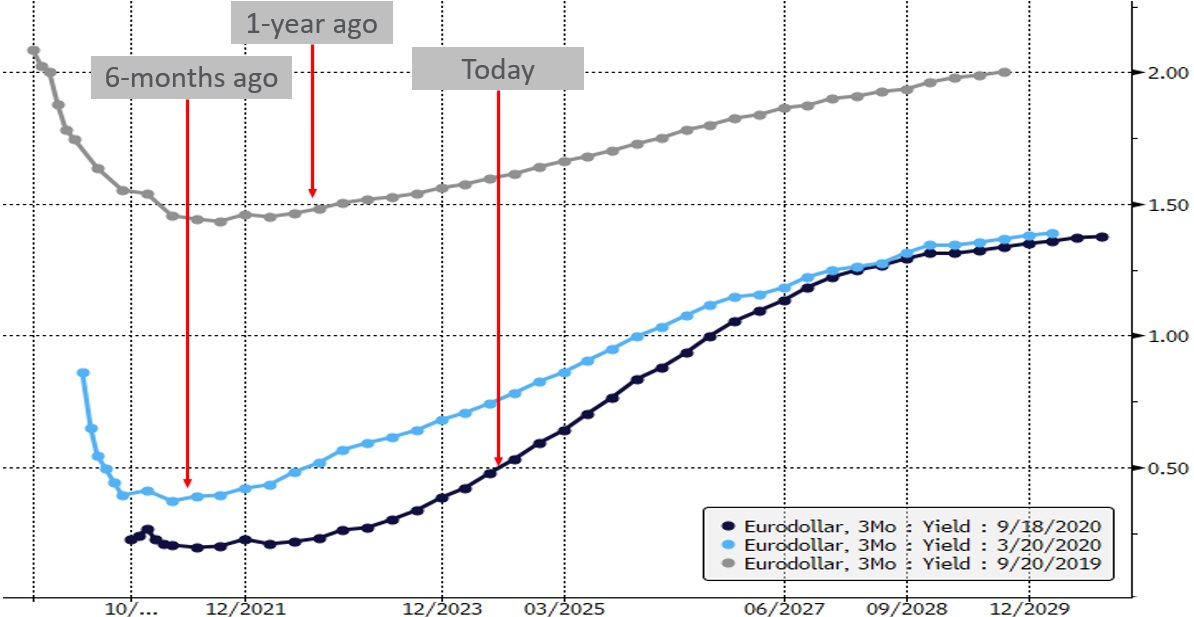