Last Week: After a relentless run since early August, short-term interest rates declined while longer term ones increased, driven by disappointing US retail sales and factory output data and speeches by Fed officials that failed to instill any belief in a near-term rate hike.

This Week: A limited data calendar puts US focus firmly on Wednesday’s Fed meeting. We expect interest rates will be left unchanged though there will be a lively debate between those seeing labor market strength as justification for an interest rate hike, and others having a preference to wait for confirmation of stronger economic growth in the second half of the year, particularly with inflation far below the Fed’s 2% target.

As for economic data on tap this week, a cornucopia of gauges on housing, jobless claims and manufacturing will take a big back seat to the Fed.

Aside from the Fed, Japan’s central bank meeting on Wednesday will garner significant market attention, and is arguably more important and influential globally than anything the Fed is anticipated to do this week. The Bank of Japan’s monetary policy is becoming widely seen as reaching the limit of its effectiveness, as a series of rate cuts and stimulus packages have yielded little of their intended results, and this week’s meeting is being billed as a harsh review of unconventional monetary policies (e.g. negative interest rates). Market players are wondering if the world’s major central banks are headed toward the same in effective destination.

Take Away: Our view remains the same –  If the Fed hikes at all this year, it will be in December, and only if America’s job creation engine remains strong and compels consumers to spend at a more brisk pace than they have thus far this year. Income growth driven by the strong labor market will be a key factor in determining the pace and degree of any near-term Fed interest rate hikes.

US economic growth in the first half of the year was weak, and recent tier-1 gauges on America’s economic health suggest any outsized growth in the second half is a stretch. With the Fed’s December FOMC meeting still two meetings away (the next Fed meeting after this weeks is Nov 2nd), this week’s official FOMC  meeting statement, and the accompanying official economic forecasts, will provide few clues for the December meeting. 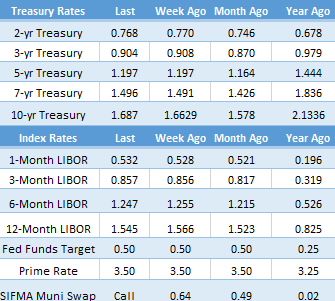 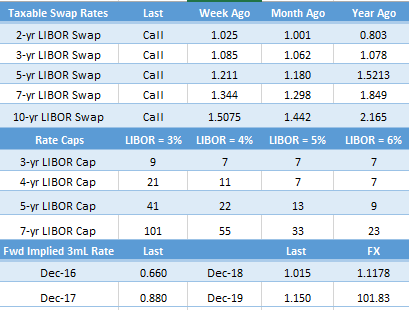