Fed to Markets – We Won’t Flinch 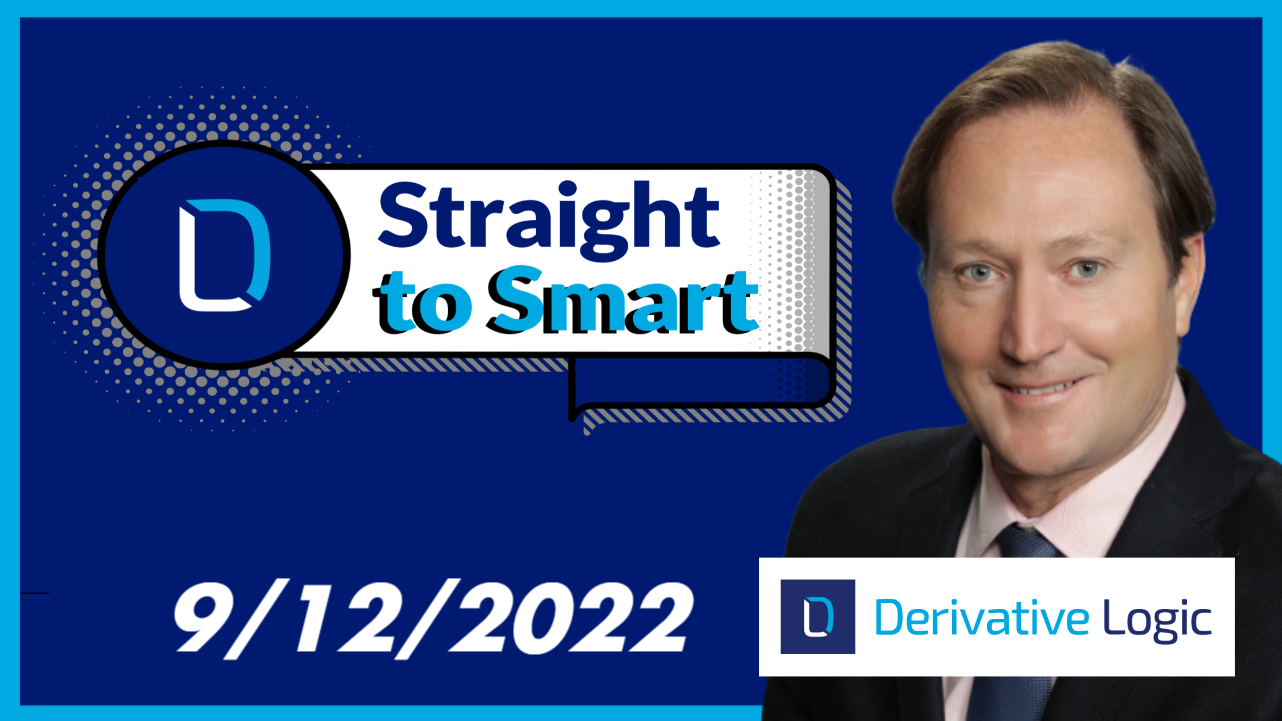 What You Missed: The yield curve continued its flattening trend – via higher short-term rates and lower long-term ones –  as fears of a recession taking hold in the near term receded slightly. For the week, the yield on the US 2-year note rose five basis points to 3.56%, its highest level since 2007, while the US 10-year note fell four basis-points to 3.31% after trading as high as 3.36%, a three-month high, midweek. Elsewhere, the price of a barrel of West Texas Intermediate crude oil fell $2.25 to $86, as the US Dollar weakened slightly from a recent 20-year high and Gold strengthened.

By the end of last week, the implied yield on the March ’23 Fed funds futures contract  – the rate market’s best guess of just how much more the Fed will hike from here – stood at 4.01%, up from 3.89% a week prior.  The futures market still anticipates the Fed funds rate peaking around March/April ’23, then slowly drifting lower by ~ 50 bps into year-end ’23.

Despite softening inflation, the Fed will hike 75 basis-points on September 21st.

That’s the message the Fed is sending to markets, as inflation, despite moderating somewhat, remains too high for comfort and the jobs market proves resilient.  A fourth consecutive weekly decline in new claims for unemployment benefits last week, implying that there’s low momentum for layoffs in the near-term, helped gel expectations for a jumbo rate hike. 222k new applications for unemployment benefits were filled in the latest week, the lowest level since May. The number of weekly claims peaked at 261,000 in mid-July. All told, the US economy has fared well on the back of steady consumer spending even as higher rates have clamped down on housing and investment. The labor market remains strong with unemployment at 3.7%, lending the Fed confidence that more rate hikes won’t crater the economy.

ECB, BoC and RBA delivered supersized rate hikes – what do they mean for the Fed?

Amid a 9.1% annualized inflation rate in Europe, the European Central Bank (ECB) hiked rates from 0% to 0.75% last week, the biggest single increase in its history. Elsewhere, both the Reserve Bank of Australia (RBA) and the Bank of Canada (BoC) hiked rates by 50 and 75 basis-points, respectively, as the former continues its most aggressive rate hiking cycles ever. Given the global nature of inflation, these moves also help pave the road for a similar hike by the Fed next week.

What to Watch This Week: All eyes are on the last set of significant economic data set for release before the Fed’s policy meeting. Even though inflation gauges on tap will show a softening of inflation pressures – August’s Consumer Price Index (Tues.), Producer Price Index (Wed.), and import prices (Thurs.) – they won’t alter the Fed’s belief that America’s economy is showing few signs of slowing and calls for another sizable rate hike to reel in inflation-inducing activities by businesses and consumers.

The Fed sees several factors as reasons that inflation will stay stubbornly high over the coming months.  The steep decline in the cost of gasoline, which has lowered headline inflation, has helped to improve consumer confidence in the future, and prompted them to shift their spending to other economy-expanding products and services (U. Michigan, Fri, retail sales, Thurs).

The better-than-expected economic outlook is also prompting employers to try and hold onto workers or hire more, as evidenced by declining jobless claims, which are falling consistently after creeping higher over the summer, implying that there is new, upward pressure on wages. If consumers are being paid more, and are now more confident in the future, they’ll spend more, adding fuel to the raging and enduring inflation fire. Looking at the data from a high level, its becoming clear that previous calls for an immenient recession were overblown.

Big Picture: In short, for now it seems that the state of the jobs market, how it impacts wages, and by extension prices, is the biggest driver of the Fed’s actions. Markets are predicting that the Fed Funds rate – the rate the Fed raises or lowers as it hikes or cuts – will peak at 4.00% next March before falling consistency thereafter. With the Fed Funds rate now sitting at 2.50%, that implies that we’ll see another 150 basis-points in Fed hikes before they’re done hiking. Given that we’ll likely get a 75 basis-point hike next week, the remaining 75 will be spread out over the Fed’s November, December, and January meetings, with the larger hikes likely occurring this year.

However, if you listen to the Fed, markets are grossly underestimating the Fed’s resolve at quelling inflation. Combined with big, inflation-inducing events waiting in the wings, like Europe’s worsening energy crisis and China’s incessant COVID-induced lockdowns, it’s foolish to ignore the Fed’s siren song. If markets are wrong – as they often are – then we could be seeing a Fed Funds rate close to 5.00% before the Fed has whooped inflation and wraps its hiking cycle.  We suspect the Fed and markets will probably meet somewhere in the middle. 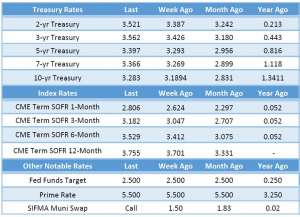 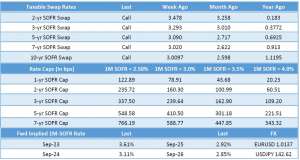 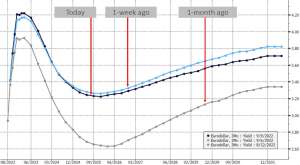 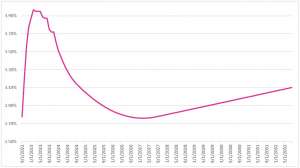 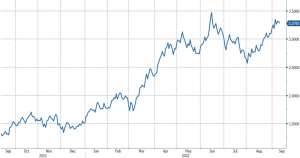