Last Week: Global equities and interest rates extended gains as US financial firms kicked off the Q4 earning season with solid results. US 10-year Treasury yield traded to 2.42% from 2.36% the week prior while 1-month LIBOR traded higher to .7688% from .7633% over the same period.  West Texas Intermediate crude dipped to $53 a barrel from $53.90 a week ago, while Gold strengthened and the US Dollar dipped. The Chicago Board Options Exchange Volatility Index (VIX), a measure of market volatility, was steady at 11.20.

On the fiscal front, President-elect Donald Trump held a press conference this week but did not lay out a clear timeline or framework for the tax cuts and regulatory reforms he campaigned on. Markets are growing concerned that stimulus could come later than expected or be smaller in size than first envisioned.

On the global economic front, the World Bank published its expectations on growth. Despite stagnant global trade, subdued investment and heightened fiscal policy uncertainty, the World Bank expects global growth to expand at a 2.7% rate in 2017, up from 2.3% in 2016, a post-crisis low. Hoped- for fiscal stimulus from the US could generate fast growth, the bank said, though it cautioned that protectionism, should it manifest, could have adverse effects. The International Monetary Fund also published its expectations for global growth, forecasting 3.4%, unchanged from its forecast in October. The IMF bumped up its forecast for US growth by only 0.1%, to 2.3% for 2017, while taking a cautious stance toward forthcoming fiscal policies of the Trump administration.

This Week: It’s Inauguration week, and all eyes continue to search for indications that the post-election surge in consumer and business sentiment is filtering through into real business activity. So far, there has been little indication this is happening. The economic calendar this week will provide another opportunity however, with a handful of first-tier gauges on manufacturing, housing activity and inflation set for release.

For the Fed, this week offers an opportunity to Chair Yellen to sway perception on the state of the economy – and the expected impact of fiscal policies on that outlook – as she speaks twice during the holiday-shortened week. In the recent past, Yellen stated that she believed US economic growth could increase in the near-term because of fiscal stimulus, but that more information is required from the Trump administration for the Fed to adjust its current expectations. Outside of Yellen’s speeches, a handful of FOMC officials are also scheduled to speak throughout the week, a Fed Tour Bus of sorts, the text of which analyzed closely for snippets that offer further clarity to the Fed’s outlook.

Take-Away: As we’ve said repeatedly, consumers have been the driving force behind America’s recent economic growth spurt.  Consumers spend based upon their sentiment; how they feel about their income, wealth (or lack thereof), access to credit and confidence in economic conditions now and for the future.

Since the election, overtly positive readings in consumer sentiment have made headlines, while the actual measures of economic output haven’t measured up to the hype. Markets continue to wait for proof consumer’s positive attitudes are translating into actual purchases and thus pushing through into increases in manufacturing, services, and an overall increase in prices overall.

For interest rates, increases in consumer’s wages would be necessary for the Fed to shorten its current timeline for rate hikes, now believed to be at two, 0.25% hikes in 2017. However, we don’t believe the Fed will make any changes in its timeline until there’s greater clarity in the fiscal agenda, something we won’t see until mid to late February at soonest. In the meantime, we expect markets to become more volatile as they struggle to assess the economic impacts of their first look at catalyzing fiscal policy. 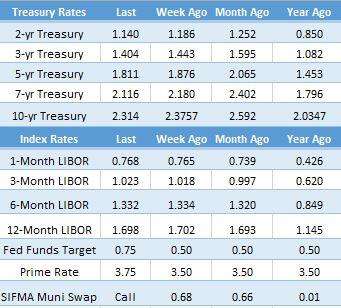 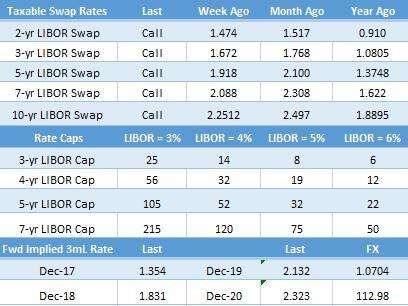 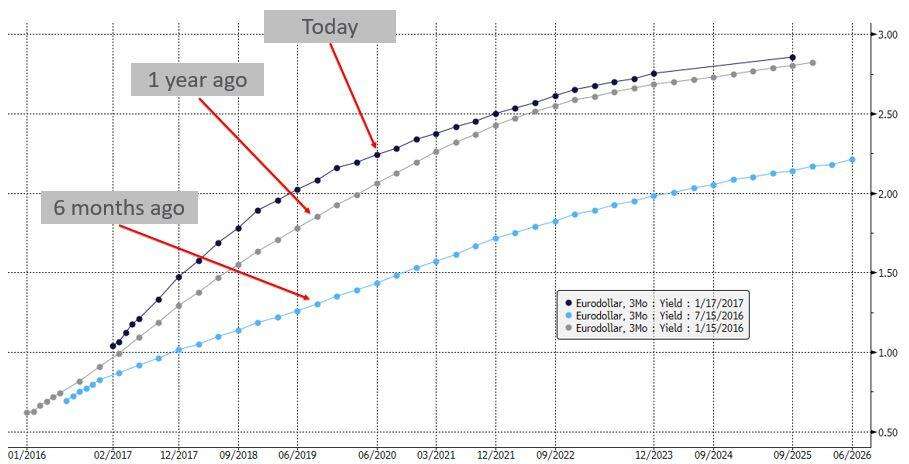