Fed Tuning Out Calls For A Pivot 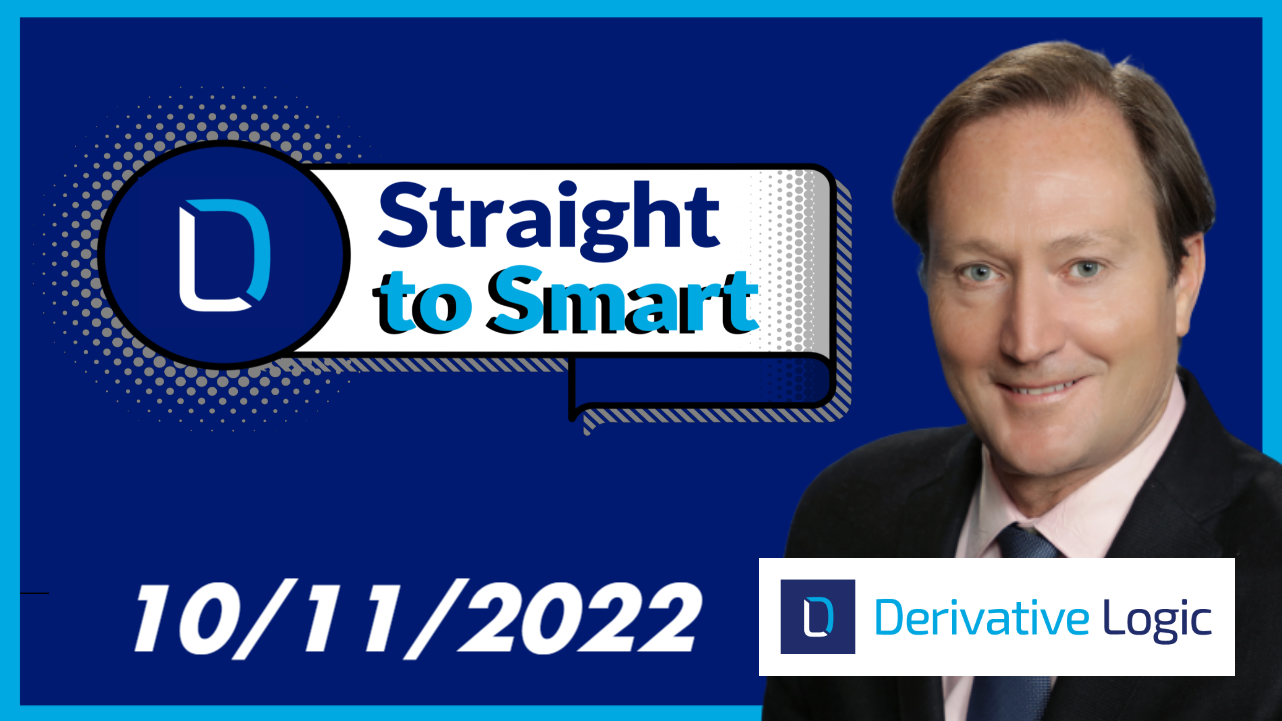 Yields across the entire Treasury curve rose last week, as solid US employment and wage data reinforced the likelihood of continued aggressive rate hikes by the Federal Reserve.

For the week, the 2-, 5-, and 10-year US Treasury yields added a respective 19, 26 and 24 bps. The surge in yields reflects a U-turn on the part of bond traders, who are slowly but surely re-learning the oldest trading rule in the book: don’t fight the Fed. While Treasury yields have periodically declined on hopes that the central bank may scale back its planned rate hikes, such hopes have proven fleeting as Fed officials have stuck to their hawkish script, even after raising rates by 75 bps for three consecutive meetings and signaling another 125 bps of hikes at its remaining two meetings this year.  Our take? We’re not surprised. As we’ve been saying for weeks now, barring a 2008-style, Lehman moment 2.0, we suspect the Fed won’t be easily dissuaded from hiking sizably in November, and again in December.

Elsewhere, the price of a barrel of West Texas Intermediate crude oil rose $10 to $90.15 after OPEC+ announced a production cut, while the US Dollar strengthened back to 20-year highs and Gold weakened. The US 2-year vs. 10-year Treasury yield curve wrapped the week at -0.43%, again easing back from its most inverted level since 2000, seen late last month. Pro-tip: To learn more about what inverted yield curves mean, click here.

3-month (CME) Term SOFR, a useful gauge of hedging costs, increased ~14 bps last week to 3.74%, a new high for the three-year old index. The implied yield on the 3m SOFR futures contract 1-year forward (Sept ‘23) rose a whopping 26 bps from this time last week to 4.39%.  The Mar ’23 futures contract continues to have the highest implied yield for the 3-month SOFR index at 4.61%, implying that the market continues to expect that 3-month SOFR will peak in the next 6-months – along with the Fed Funds rate –  followed by a gradual decline over the next three years as the Fed eventually eases.

Interest rate volatility, a key driver of the cost of rate caps, fell on the week, backing off fresh highs seen a couple of weeks ago.

75 bps Fed hike in November is a sure thing

The US added 263k new jobs in September, down from the 315k added in August, while the unemployment rate dropped back down to 3.5%, after a bump up to 3.7% in August, as the labor force participation rate dipped. Wages rose 5% year over year. Despite the headline, some cracks are forming. Layoffs are taking place in several of the industries that benefited the most from the pandemic, including warehousing, transportation, and banking. Given that a large portion of US workers reached retirement age over the last several years, the Fed’s efforts to stifle wage growth won’t get much help from new workers entering the labor force.

Our take: Taken together, nothing in last week’s data will alter the Fed’s tightening trajectory.  The jobs market is still tight, and there aren’t enough new workers entering the workforce to slow wage growth. When productivity growth is considered, wage growth is running at a pace that’s at least three times faster than the Fed’s inflation objective. Spurred on by fears of a wage-price spiral, as long as the jobs market and wage growth are robust, the Fed will continue hiking rates until its Fed Funds rate hits 4.5-5% (it’s 3.25% now). That means that we’ll likely see ~125 bps in additional hiking, spread out via a 75bps hike in November, 50 bps in December and 25 bps in January. The fly in the merlot? A spike in layoffs within a broad swath of industries. Sure, there are layoffs bubbling up now. There’ll be more in the months ahead, but they are far from pervasive. Bottom line: For now, the jobs market isn’t cooling off fast enough to give the Fed a reason to alter its hiking course – yet.

What to Watch This Week

Last week’s jobs report was one of the two major economic indicators the Fed will get before its next rate-setting meeting on November 2nd. The jobs data has paved the road for a fourth consecutive 75 bps hike, and the next reading on the state of inflation, via the September Consumer Price Index (CPI – Thursday) report, will only harden the Fed’s resolve to hike.

The CPI’s annual headline number, expected to decelerate to 8.1% for September (from 8.3% in August), was likely dragged lower due to falling gasoline prices. Unfortunately, it will probably be the last decline in a while given OPEC’s recent decision to cut oil output combined with draws from the depleted US strategic petroleum reserve likely to end in November. It’s a recipe for future readings of CPI to be higher than they are now, as core inflation stays well above the Fed’s 2% target, keeping it firmly on a hiking path.

In the meantime, there are more and more signals that the Fed is over-hiking. With long-term inflation expectations stabilizing (U of Michigan Consumer Confidence, Friday), supply-chain pressures easing (Producer Price Index, Wednesday), and the strong dollar making imports more affordable, there is a growing chorus of economists that believe the Fed should ease off the brake pedal (import prices, Friday). Many argue that the rest of the world simply can’t afford more Fed rate hikes when global finance ministers and central bankers assemble in Washington for the World Bank-IMF meetings this week. However, recent Fed communications (Fed meeting minutes, Wednesday) have made it crystal clear: US monetary policy is primarily driven by domestic issues, not international ones.

Finally, contrary to many other regions of the world, the US economy seems to have picked up steam in the Q3. Retail sales (Friday) will likely show that consumer spending remains higher than the pre-pandemic norm. Firms are sending mixed signals about the state of their stockpiles. Depending on the industry, some are discounting to shed excess inventory while others are slowly building them up (business inventories – Friday) in anticipation of higher demand. Jobless claims (Thursday) remain at record low levels. Considering this, the Fed would claim that it has cause to tune out calls for a dovish tilt.

If inflation doesn’t come down notably next year, there is a good chance that the Fed won’t start easing rates next spring as markets expect, setting the stage for a big shift higher in the mid to longer end of the LIBOR and SOFR forward curves. But first, some perspective: Taking a peek at the last bout of high inflation the US experienced, in 1970, inflation stood at 6%. In 1974 it was 12% and by 1980 it was 14%. The decade was framed by two wars and oil price shocks. Oil tripled in price in 1973 and tripled again in 1979. A wage-price spiral  – what the Fed fears now – showed up, eventually leading to rising unemployment and falling consumer confidence.

The difference between then and now is credit. The credit markets in the 70’s were not anywhere near as robust as we know them today. Credit has saturated the economy, especially since 2008, setting the stage for inflation to be with us far longer than what markets expect.

The Fed, in its effort to bring down inflation to its arbitrary, questionable 2% target will drive the global economy into recession, inflicting unnecessary pain onto businesses and consumers. Fun fact: US inflation (annual CPI – including the volatile food and energy components) has averaged just 2.7% since 1920.

So where does the Fed’s 2% target come from? Why 2%? In so many words, the Fed states the target is meant to be reached over a long period of time, and that inflation doesn’t have to be 2% all the time ; it can run higher or lower for months and still meet the Fed’s mandate. What that tells us is that if the economic damage from rate hikes is great enough, then the Fed has the capacity to tolerate inflation well above their 2% target – sparing the economy from further pain in the process – and still save face. The billion-dollar question is will they, and if so, how much pain must we all endure before they ease off the brakes.

A daughter of one of the principals here at Derivative Logic works for one of the large, international mortgage banking firms. She mentioned that one of the top originators there asked “Why am I hearing crickets”? which means the phones aren’t ringing.  As the greatest inflation spike of the last 50 years occurs, the utter failure of economists, their models, and many pundits to foresee what was coming is worth highlighting. Of course, the biggest malfunction in the story was that of the Fed itself, which had a clear mandate to keep prices stable and seems surprised by their lack of stability.

It’s no understatement to say that the Fed failed to properly anticipate the inflation surge. On Feb. 8, 2021, Raphael Bostic, the president of the Atlanta branch of the Fed, said, “I’m really not expecting us to see a spike in inflation that is very robust in the next 12 months or so.” A few days later, Boston Fed President Eric Rosengren echoed this sentiment, noting that he would be “surprised” to see broad-based inflation sustained at a level of two percent before the end of 2022.

As the saying goes, problems often start at the top. When testifying before the House Financial Services Committee in February 2021, Fed Chair Jerome Powell predicted that it might take more than three years to hit the two percent inflation goal. 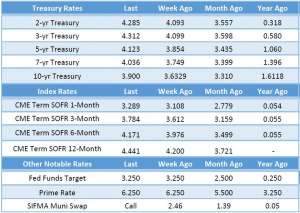 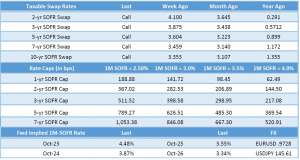 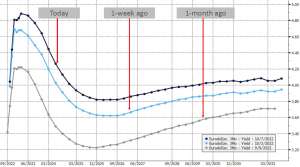 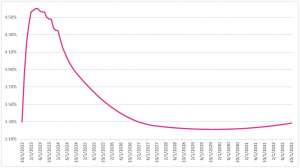 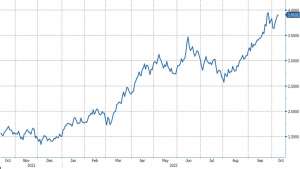