What You Missed: Long-term rates fell, and equities pulled back from near-record highs as the Fed surprised markets by forecasting earlier-than-expected rate hikes and indicated it will discuss tapering asset purchases in coming meetings. The yield on the US 10-year note fell slightly from a week ago after erasing a spike higher after the Wednesday’s Fed meeting.  Short-term rates, like 1-month LIBOR and SOFR, staged just the opposite performance, breaking higher after weeks of stagnation. On whole, yields on the longer end of the Treasury curve fell sharply – the 30-year bond dropped a whopping 16 basis points – while yields on the 2-year Treasury Note rose 10 basis points(!), flattening the curve significantly. The price of a barrel of West Texas Intermediate Crude oil slipped $0.60 from last Friday’s level but traded well below levels reached earlier in the week, still finishing above $73 for the first time since 2018. The US Dollar strengthened, and Gold weakened. Treasury yield volatility, a key driver of the cost of rate caps and swaptions, rose to a one-month high.

Fed accelerated its rate hike timeline. After months of insisting that inflationary pressures are mainly the result of reopening bottlenecks and therefore transitory, the Fed’s rate-setting committee surprised markets by forecasting that it will hike rates twice in 2023 – a change to its previous forecasts of no hikes until 2024. In addition, the Fed agreed to discuss the tapering of their asset purchases, a precursor for any future rate hikes, in coming meetings. The Fed also made two technical rate adjustments, raising the rate on reverse repurchase agreements (aka “repos”) by five basis points to 0.05% and the rate it pays on excess reserves by 0.05% to 0.1%, in an effort to better mop up excess liquidity in short-term money markets. The actions jolted short-term rates – like 1-month LIBOR and SOFR – out of their multi-week stupor.

Our take: We hate surprises. The “non-event” expected from last week’s Fed policy meeting turned out to be anything but, and mostly due to the financial media hyping the possibility of an earlier than expected Fed tapering action and subsequent rate hikes. Despite the media frenzy, the Fed’s discussion of tapering was largely in line with our expectations. Fed Chair Powell acknowledged that the Fed’s rate-setting committee is having some tapering discussions but made it clear that “reaching the standard of substantial further progress is still a ways off.” We continue to expect that the Fed will give us its first real hint about tapering in August or September, followed by a formal announcement in December that would begin the tapering process at the start of next year, though the risks lean toward an earlier start.

What it all means for interest rates. Short-term rates, like 1-month LIBOR, will continue to bounce off their recent all-time lows, but now have a slight rising bias as prospects of a Fed taper and an eventual rate hike begin to gel near year-end. Long-term rates – like the 10-year Treasury yield – will get comfortable staying near their fresh lows, around 1.45%. For now, why didn’t the 10-year Treasury move higher as one might expect?  Stronger dollar, foreign treasury purchases, flatter yield curve and carry trade (investors buying US Treasuries and selling other sovereign debt).  Regardless of the new details gleaned from last week’s Fed meeting, we maintain our view that the Fed will begin tapering early next year, and that the first rate hike will be seen in 2023.

In the meantime, it’s certainly true that most people accept that the Fed’s pedal-to-the-metal emergency policy setting is past its sell-by date, but it seems we’ll have to wait a bit longer for that belief to change. The Fed still sees inflation as transitory and settling back to normal levels in the coming months. Also, they haven’t changed their view that the employment situation likely won’t improve notably before next year. Hence, the threshold for tapering hasn’t been reached, and Powell reiterated that policy-makers will provide markets with a long runway before they get started. It’s all a recipe for a flatter yield curve, stronger dollar, and an increasingly shaky stock market, as initial indications are that markets view the Fed’s apparently more taper-prone posturing to suggest that they are more on top of inflationary pressures than had been expected.

Public Service Announcement: Beware the Fed dot plot. To wrap up our thoughts on last week’s Fed meeting, given the media’s overt focus on it, we’d like to re-state our opinion of the Fed’s much analyzed “dot-plot”. If you’re not aware, the Fed’s dot-plot, published each quarter, are Fed committee member’s individual projections for where the Fed funds rate – the rate the Fed raises or lowers in its hiking or cutting activity – will be in the coming quarters. Each Fed committee member is represented by a single dot on the plot, but each dot is anonymous. Usually, the financial media’s overall Fed outlook for interest rates in any given year is reported as the median of the dots that show up on the dot plot. For years now, market analysts and the financial media obsess over the dot plot each time it’s published, many going so far as stating that it’s the Fed’s way of signaling its expectations of future interest rate changes to the world. Last week’s plot was no exception.

Our view? The dot plot is hogwash. It doesn’t represent a central forecast from a committee, it is simply the distribution of 18 individual forecasts for an annual level. Fed Chair Powell agrees, and went out of his way to state as much last week in his post-policy meeting press conference. To summarize his words, “….the dot plot are individual projections, not a forecast, not a plan….the dots are not a great forecaster of future rate moves…the dots are to be taken with a big grain of salt.” Bottom line: The dot plot doesn’t matter – ignore it – what the Fed Chair thinks and says, does. Want to see Chair Powell’s dot plot commentary? Watch it HERE.

Dueling US infrastructure plans on separate tracks. US Senate Majority Leader Chuck Schumer triggered the reconciliation process, opening the door to the passage of an infrastructure package with a bare majority of votes in the upper chamber. Schumer also plans to bring an alternative, scaled-down, bipartisan package to the Senate floor under regular order, meaning its passage would require 60 votes. The move comes after a bipartisan group of 10 senators tentatively agreed to back this $974 billion, five-year proposal, which addresses roads, bridges and broadband but not progressive priorities such as climate change and childcare. With a few swing state Democrats reluctant to sign onto the large package, there is no easy path to its passage. Talks continue on the smaller bill, though its passage is not assured either.

What to Watch This Week: Economic data is sparse in the days ahead; the focus will be on the personal income and spending report for May, released on Friday. The data will provide key information on the state of the consumer rotation into services spending and the degree of acceleration in inflationary pressures in the middle of the current quarter.
On the event calendar, the Fed will have ample opportunity to elaborate on its tapering stance this week, as half of the members of the Fed’s monetary policy committee are scheduled to speak over the coming days.

Big Picture: One of the challenges of writing a weekly commentary is that sometimes we forget what we’ve actually said in the past. No, we’re not referring to the selective amnesia that regrettably accompanies bad calls, but rather of drawing a complete blank when asked about a piece of past analysis. Don’t worry, we won’t bore you by conducting a run-through of our bad calls right now (we probably never will), we’ll just say that we’re in the midst of refreshing some of our most popular posts. These posts, which have titles like, “Rate Cap, Swap and Collar: A Cheat Sheet to Managing Rate Risk”, “LIBOR Transition Cheat Sheet” and “Interest Rate Swaps: 10 Myths and Misconceptions” have received a steady stream of commentary over the years, and we’re excited to bring you refreshed versions in the coming weeks. Stay tuned. That being said, if there is a topic that you’ve wondered about, we’re happy to write about it. Just let us know. 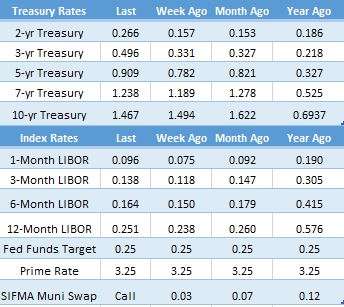 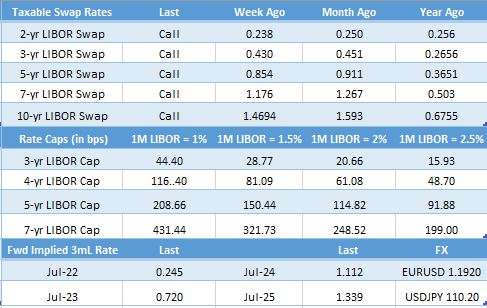 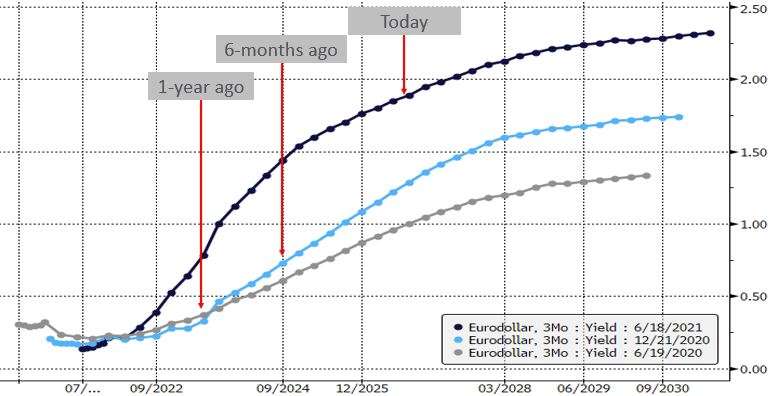 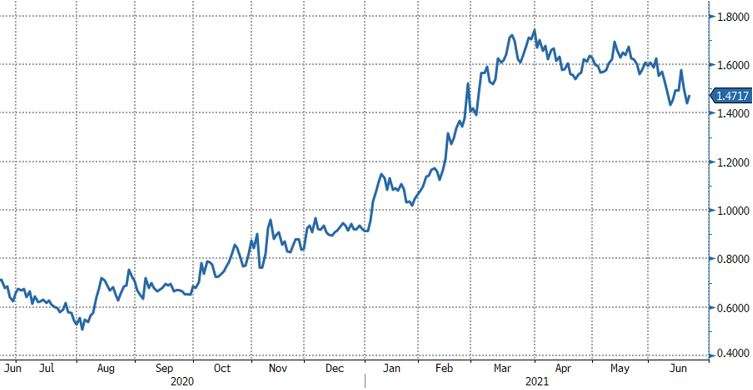