Last Week: Interest rates and equities were both lower on the week in reaction to escalating US – China trade tensions. The yield on the 10-year US Treasury note tumbled 23 basis points to 1.85% while 1-month LIBOR fell 2 basis points to 2.2285%. Oil fell 60 cents to $55.70, as the US Dollar and Gold both strengthened, the former reaching its strongest level in two years. Treasury yield volatility spiked higher, rising to 4.84 from 4.20 this time last week.

China retaliated to new Trump tariffs. Evidently frustrated by the slow pace of trade talks and citing China’s failure to purchase large quantities of US agricultural products and halt the shipment of fentanyl to the United States, President Trump announced – via a tweet – 10% tariffs, effective 1 September, on the approximately $300 billion in US imports from China not already subject to a 25% levy. China retaliated by moving to protect its exporting industries by weakening its currency, ensuring that Chinese goods sold in the US don’t rise, but maintain their competitive price levels. 10-year Treasury yields swooned in response and financial markets worldwide were rattled. The question now is how the ratcheting of the trade battle will cause the Fed to react. If global sentiment for risk deteriorates markedly, the Fed will cut more aggressively, and sooner than expected. Tired of hearing about the trade war? Get comfortable, as one thing is certain: the squabble will drag on for a long while to come, with both sides digging in their heels with no signs of concession anywhere in sight. If the higher U.S. tariffs and China’s retaliation last for four to six months with little progress of resolution, the global economy will be in a recession in nine months time.


Trump’s tariff salvo and China’s response spiked rate cap and swaption pricing. In what was previously a subdued summer pricing environment, the tweets roiled markets, causing volatility to spike, ultimately translating into notably higher rate cap and swaption costs. If you’re in the market for either and haven’t checked the price in the last week, do so now to avoid any last-minute surprises.

Fed cuts rates as expected but did so with a mixed message. Fed Chair Powell & Co. cut interest rates a quarter-point last Wednesday, the first cut since 2008. In his post-decision press conference, Chair Powell trampled on market expectations of a series of multiple additional rate cuts in the months to come, calling Wednesday’s action a “midcycle adjustment,” and not the first in a long series of rate cuts as markets had hoped. Markets reacted coolly – equities fell and the yield curve flattened, as investors tempered their high expectations of such. The Fed cited uncertainty surrounding trade tensions as one of the primary reasons for the rate cut, an obvious sign that the Fed is struggling with how to assess – and respond to – the impact of Trump’s trade policies. All told, while the Fed was hoping to re-steepen the yield curve, reduce upward pressure on the dollar and bolster economic confidence via modest rate cuts, the President’s tweets largely foiled their plans. Ultimately, despite the Fed’s best intentions, the new tariff announcement greatly increases the odds of additional rate cuts in coming months and will ultimately force the Fed’s hand to cut rates much farther.  At present, markets expect the Fed to cut just 50 basis points more in 2019. In our view, should the President follow through on the threatened escalation of tariffs, the Fed could cut as much as 75 basis points more by year-end. For now, given the new developments from China, a September rate cut looks firmly in play.

America’s job creation engine continues to hum. The US economy added 164,000 new jobs in July while the unemployment rate held steady at 3.7%. Wages grew at a respectable 3.2% rate, annualized. Hiring in the manufacturing sector beat forecasts, rising 16,000 on the month, but the prior two months’ payrolls figures were revised downward by 41,000 jobs. As a direct result of the continued strength in the labor market, consumer confidence rose close to an 18-year high. While the jobs data showed a bit of slippage in the pace of hiring, it validated the Fed’s “midcycle adjustment” rate cut stance as most economic data gauges point to a solid US economy- one that doesn’t necessarily need lower rates to continue to thrive.

US-China trade battle is spilling over into unintended places. Gauges of global manufacturing activity show that the sector remains challenged by headwinds associated with the trade uncertainty and BREXIT. The Institute for Supply Management’s measure of US manufacturing sentiment was the only major regional index to hold above 50 – the breaking point between expansion and contraction – coming in at 51.2 in July. Similar gauges in the eurozone, United Kingdom, Japan and China all remained below 50 last month, suggesting that manufacturing is contracting broadly.

What to Watch This Week: Events and data releases in the days ahead are sparse; there’s little to divert the market’s attention from the ebbs and flows of trade negotiations, or to provide much insight into the Fed’s likely path on interest rates after it was foiled by a tweet.

In the week ahead, we’ll be watching the tone of the financial markets for clues on how the Fed will react to the new trade-related turmoil, as the earliest signals from the economic data will not come for another week, when regional manufacturing surveys are released (Aug. 15) followed by the preliminary consumer sentiment report (Aug. 16). We’re on high alert for any sign that households are less confident in their outlook for their future or that businesses are assuming a more defensive stance toward capital outlays or staffing levels.

Take-Away:  The monthly jobs report – historically the most influential piece of economic data for interest rates – has also served as a valuable gauge of the US economy’s ability to weather the brave new world of constant trade battles. The latest reading on jobs, released last week, indicated the pace of hiring is cooling. While on the surface new jobs in July (164k) were in-line with the year-to-date trend (165k), the labor market hasn’t seen a monthly gain of 200k+ in new jobs since April, and the three-month trailing average is just 140k now compared to 174k in Q1.

So what you say? Well, remember that consumer spending – not spending by businesses – is driving most of America’s economic growth at present, and that consumer spending habits are largely driven by their income from employment. Thus, any continued cooling in hiring will directly impact consumers’ ability to support growth. While we expect the almighty US consumer to stay strong and continue to support growth, we suspect they’ll do so with less vigor in the coming quarters. 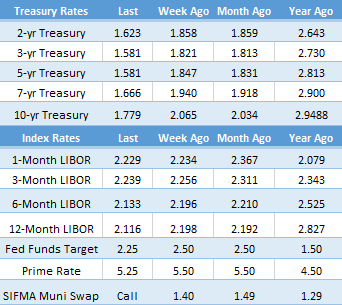 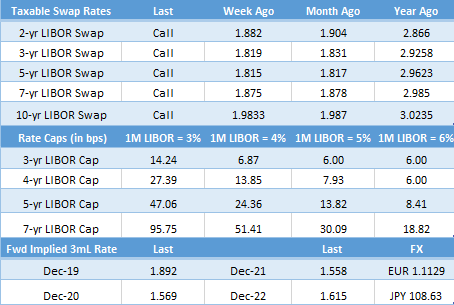 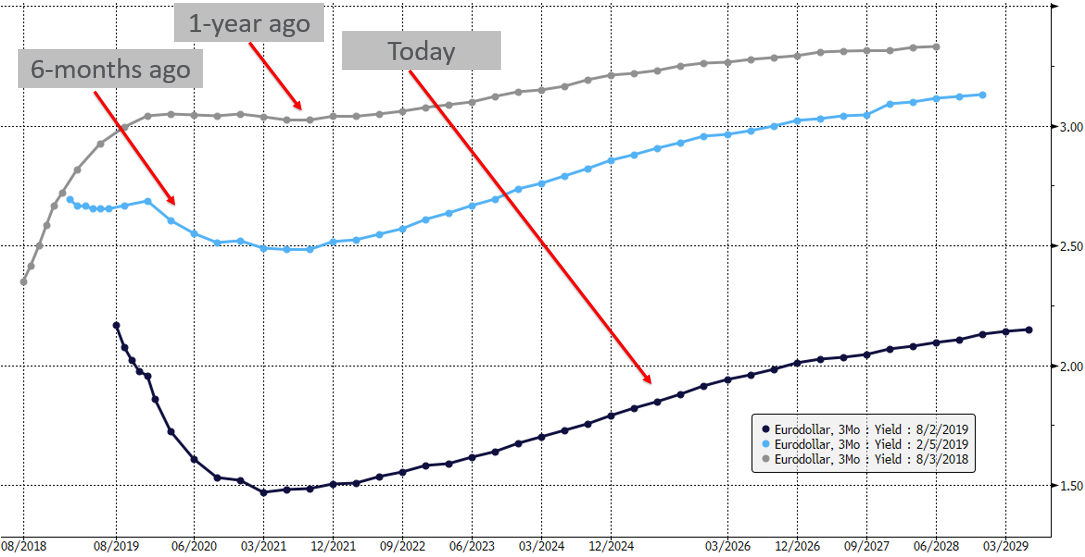 Click here for more DL Reports
One and Done?