Last Week: Interest rates were mixed on the week, while equities were higher, having recovered ground lost at midweek. The yield on the US 10-year Treasury note rose three basis points from last Friday, to 2.96%, backing off from a 3.0259% high hit on Wednesday. 1-month LIBOR staged a steady climb all week, finishing at 1.9070% and up from 1.8971% the week prior. Oil prices stayed roughly the same, the US dollar strengthened while Gold was mostly unchanged. Treasury yield volatility, as measured by the Chicago Board Options Exchange Treasury Volatility Index (TYVIX) fell to 3.81 from 3.87 the week prior.

America’s economy grew faster than expected in Q1. For the last four years in a row, Q1 readings of economic growth in the US have fallen short of expectations, only to make up for the dismal readings in following quarters. This year is an exception, as the first look at Q1 growth beat expectations, coming in at a 2.3% pace versus forecasts of 2%. Data showed that consumption has been a bit weak while investment and exporters have picked up the slack.

Employee-compensation costs accelerated the most since 2009 amid a tight job market. Adding to the growing signals of higher inflation, the US Labor Department’s Employment Cost Index gauge showed that employment costs increased more than expected in Q1 as worker pay and benefits accelerated, and a measure of private wages had the biggest annual gain since 2008.

The 10-year Treasury yield finally topped the over-hyped 3% level. Yields on 10-year US Treasury notes moved above 3% at midweek, the first time that threshold had been breached in four years, only to retreat well below the threshold by weeks-end. Something to consider: the move happened even with little top-tier U.S. economic data, or an auction of the maturity. Financial news outlets have been obsessed with the day the 3% threshold would be broken, but they’re missing the more important move in interest rates: the spike in short-term rates, specifically the 2 and 3-year Treasury yields, which have a greater impact on consumers, who are responsible for 75% of US economic activity.

Trump sending envoys to China for trade talks. In an effort to mend the growing trade spat, President Trump announced he was sending a high-level delegation to China next week to hold talks. The delegation will include Treasury secretary Steven Mnuchin and US trade representative Robert Lighthizer, as well as Trump advisors Lawrence Kudlow and Peter Navarro. Markets breathed a sigh of relief on the news, as the threat of a trade war has been the unpredictable boogeyman lurking in the shadows, one which could stall US economic growth if it gets out of hand.

What to Watch this Week: The days ahead are one of the busiest in a while, with important inflation and jobs data bookending the week, a Fed meeting in the middle, and other important economic data peppered throughout.

This morning brought the release of the core PCE deflator – one of the Fed’s preferred inflation metrics – the year over year rate of which hit 1.9%, as expected, and just short of the Fed’s widely publicized 2% target. The data is yet another higher inflation metric (remember the employment cost index was also higher than expected last week) that serves to confirm the market’s conviction that inflation is indeed heading higher, supporting forecasts that consumer’s consumption will accelerate as both the tax cuts and a gradual pick up in wages filter into consumers bank accounts and improve their view of the future. The data is reinforcing the outlook for more Fed rate hikes, which will eventually push long-term yields higher as a result.

Wednesday’s Fed meeting is mostly a non-event, with no one expecting a rate hike until the Fed’s next meeting on June 13th. While there is no press conference nor update to its economic projections, the Fed will issue a post meeting communique however, and markets will scour it for clues on the Fed’s internal debate about the trajectory of the economy and the Fed’s appropriate response. We doubt any new information will be gleaned, as the Fed’s chosen slow, steady, and incremental path of rate hikes is continually proven to be the perfect response to slow but building inflation pressures. The Fed has been successful thus far in walking the tightrope between hiking too aggressively, limiting the positive effects of the tax cuts and snuffing out America’s near record-long growth streak on one side and hiking too little amid rising inflation, forcing rapid hikes to contain the damage. We’re still expecting two, 0.25% more hikes this year and at least two next.

Friday’s April jobs report is of particular importance this time around as markets seek clarification that March’s disappointing report wasn’t the start of a new, slower job growth trend. They won’t be disappointed, as March payroll data have continually underperformed over the years, only to rebound in April. As a result, we’re more focused on the unemployment rate and pace of wage gains aspects in the report, expecting a 4.0% handle (down from the current 4.1%) and a 2.7% annual pace of increase respectively, which would support the Feds stance on future rate hikes.

Take-Away: After doubting the Fed’s resolve over the last several months amid tax cuts and talk of infrastructure spending, both stimulants to the economy, markets are finally coming around to the idea that Fed policy makers were right to hold steady and not quicken its pace of rate hikes. An increasingly tight labor market is finally driving wage-driven inflation pressures to post-recession highs – just what the doctor ordered – proving that allowing high-pressure economic pace to persist long enough would eventually allow inflation to show more compelling signs of firming. Its clear that its finally happening.

So now what? Despite the firming economic pace, don’t expect the Fed’s proposed path of slow and incremental rate hikes to change for now. Why? The Fed likely still considers the economic outlook as “roughly balanced” and remains concerned about a long and ultimately detrimental trade spat. In addition, tighter financial conditions – in the form of higher oil prices and a stronger US dollar – will serve nearly the same purpose as a Fed hike should they continue. All told, we’ll see a 0.25% hike in June to be followed by another in the fall and two 0.25% hikes next year. 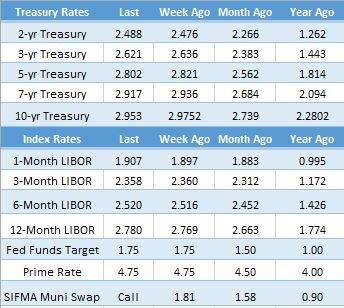 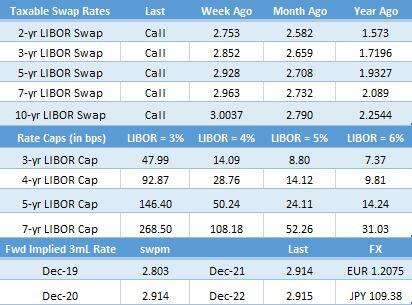 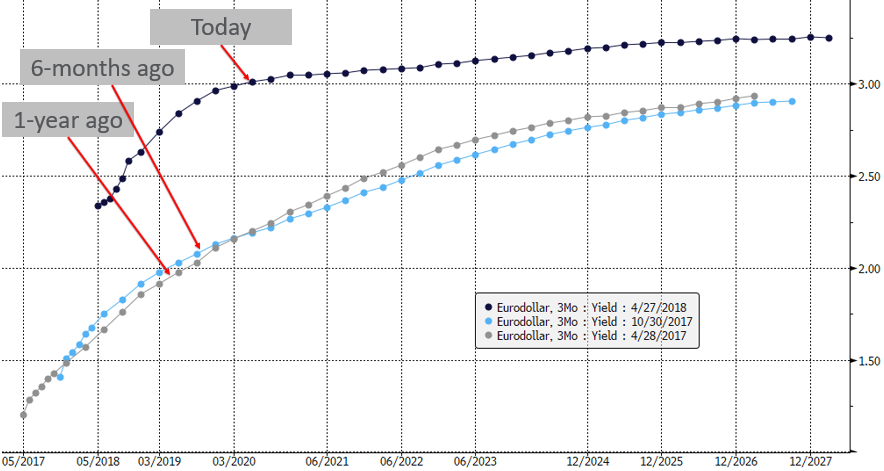 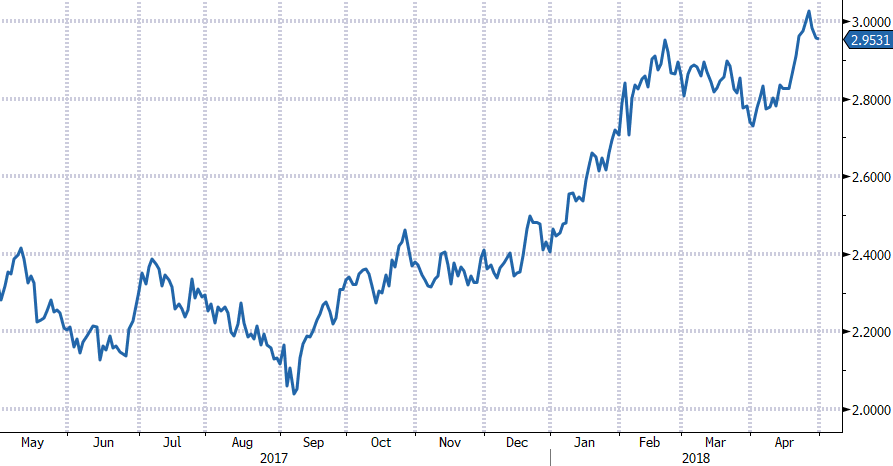