Last Week: Long-term interest rates were mostly flat, and equities were trading in record territory as evidence builds for a strong economic rebound. The US 10-year Treasury note yield traded within a defined 1.67 to 1.74% range, wrapping the week near 1.71%. For short-term rates, 1-month LIBOR rose above near record low levels to wrap the week at 0.11%, as SOFR drifted near record lows. The price of a barrel of West Texas Intermediate crude oil dipped to $58.02 from $61 this time last week, as the US Dollar weakened, and Gold strengthened. Treasury yield volatility, a key driver of the cost of rate caps and swaptions, fell after climbing to a month high mid-week.

Blowout economic data signal boomtimes ahead – and higher rates. Starting off with the most historically impactful piece of economic data on interest rates, the March jobs report topped expectations, the unemployment rate declined, labor force participation finally ticked higher, and the length of the workweek rebounded. The job gains were broad-based last month, in contrast to the prior month when reopening in leisure and hospitality dominated hiring and inclement weather weighed on sectors like construction. Other important data on consumer confidence (highest in a year), manufacturing activity (best since 1983) and demand for services (at all-time highs) released last week painted a similar picture.

Our take: Despite record-breaking job creation in the aftermath of the initial Covid-19 lockdown, total employment remains deep in the hole relative to pre-pandemic levels. The jobs deficit relative to February 2020 stands at a whopping 8.4 million, slightly worse than where labor conditions stood at the end of the 2007-09 recession, when the shortfall was about 8 million. Regardless, last week’s jobs numbers show we are headed in the right direction.

The massive job gains are indeed driving unemployment lower and will continue to do so over the next several months. However, the significance of falling unemployment will be less relevant until labor force participation – the percentage of the population that is either working or seeking work versus sitting on the employment sidelines – shows a more convincing recovery. At present, labor force participation sits at levels last seen in 1976. Adjusting for the participation collapse during the pandemic, the unemployment rate is closer to 8.5%-9.0%. This incomplete job recovery serves as a stark reminder of the substantial excess slack in the labor market, which will act as an anchor on both wage inflation and consumer inflation over a longer-term horizon, giving the Fed permission to sit on its hands regarding rate hikes for the foreseeable future. In the meantime, bond markets will continue to push long-term rates higher as re-opening euphoria tempts investors away from US Treasuries toward riskier and potentially higher yielding investments.

Global factories are firing on all cylinders. Of particular note in last week’s data releases, the global manufacturing sector continues to outperform. US manufacturing expanded in March at the fastest pace since 1983, catapulted by the firmest orders and production readings in 17 years. Elsewhere, the eurozone manufacturing purchasing managers’ index illustrates how well the goods sector is holding up despite the pandemic, rising to an all-time high of 62.4 for March. The United Kingdom’s PMI rose to 58.9, the highest reading in 10 years, while Japan’s rose to 52.7. In China, the measure rose to 51.9 last month. All told, the data add to evidence of a global economy poised to accelerate.

The infrastructure battle begins. President Biden made public his plan to spend $2.3 trillion over eight years to modernize America’s transportation infrastructure, improve care for the aging, boost domestic research and development and address climate change, among other priorities. To help fund the proposal, the president would raise the US corporate tax rate from 21% to 28% and increase taxes on companies’ foreign earnings, among other levies. This multi-trillion-dollar investment plan is divided into two components: The first phase of the plan is targeted (mostly) toward physical infrastructure, such as roads, the utility grid and high-speed internet. The second component is also intended to boost growth but looks to be focusing more on “soft infrastructure,” like funding broader access to education, healthcare and childcare.

Our take: Biden is following a similar approach as Fed Chair Powell, pulling out all the stops to ensure the post-pandemic rebound does not succumb to a similar fate as the fiscally starved, protracted recovery following the global financial crisis. Ultimately, their collective “flood the zone” approach seeks to avoid risking inadequate support in critical pockets of the economy. For Biden specifically, it seems the President believes fiscal aid is best directed toward restoring household incomes – via stimulus checks and expanded unemployment benefits – as opposed to exclusively on public-works initiatives that are notoriously sluggish to launch. While $2.25 trillion is an impressive price tag, spread over the targeted eight-year investment horizon it will likely only lift the level of economic growth by a modest amount.

Interest rate markets are just now starting to debate whether the tax increases expected to be included is Biden’s infrastructure package would offset the stimulative benefits to the economy, and how that calculation might play out in interest rates. More on that later as details of the plan evolve.

What to Watch This Week: It’s a light data week ahead; the key economic data releases are the jobless claims report on Thursday, and the producer prices index report on Friday. The minutes from the March FOMC meeting will be released on Wednesday. There are several speaking engagements from Fed officials this week, including from Chair Powell on Thursday.

The Fed remains locked into a “steady as she goes” path for both interest rates and asset purchases which it established last year and won’t alter this trajectory anytime soon. It’s firmly focused on the significant slack in the jobs market – which is far greater than what the official unemployment rate implies – and has little concern that its easy money policies are fanning the flames of inflation.

With the Fed firmly on hold, markets will be scouring the March FOMC meeting minutes this week for clues on the timing and extent of the Fed’s inclination toward taking away the stimulus punch bowl. They’ll be disappointed; we won’t get a clearer framework of such until mid-summer at soonest, with the Fed’s actions toward reducing stimulus (aka “tapering”) not occurring until early 2022.

Big Picture: With the enormous levels of stimulus coming through the fiscal and monetary pipeline as the economy re-opens, we’re all participating in a grand experiment about whether it is possible to over-stimulate an economy, and if so, what the fallout will be. Regardless of your views, it’s a certainty that we are in the midst of another secular uptick in the role of the government in daily economic life, echoing those moments of the 1930s and 1960s.

Bond traders appear to be shifting towards a growth scenario with far less concern about a rise in inflation.  A successful real estate investor is always on the lookout for value-add opportunities. Consider the cost to upgrade a multi-family complex and doing so requires an increase in rent.  The fact the cost to rent is higher one needs to consider why paying more makes sense. Lower utility costs from green technology, access to public transportation, more square footage, ability to work from home because of better access to the internet and while still being reasonably close to work.  Paying higher rent doesn’t increase inflation if there is a productivity or cost offset. Said another way, fixing a bridge or expanding lanes or repairing a highway should reduce the cost to transport goods.  The cost to repair or replace a roof oftentimes is less expensive than paying for any damages.

If the market perceives infrastructure spending is targeted and not wasteful government spending expect modest inflation, wage growth, and a robust economy.  Under those conditions, borrowing costs should remain affordable to lenders, borrowers, and investors. 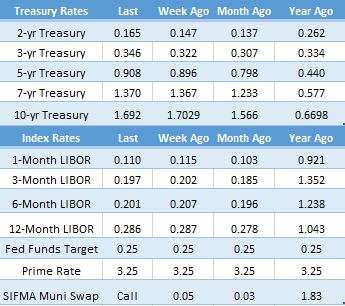 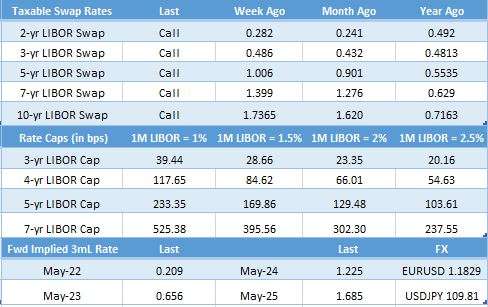 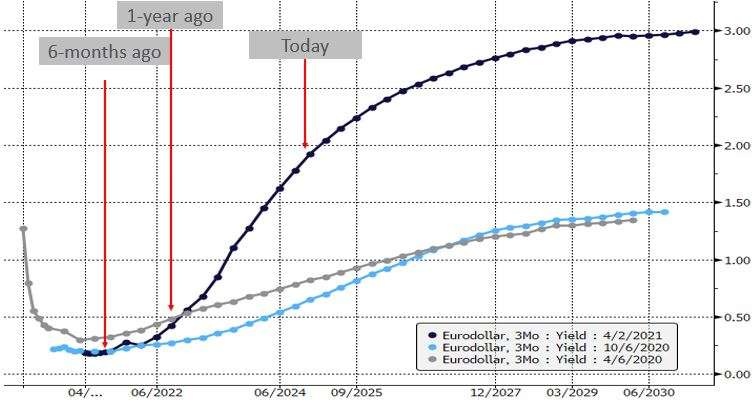 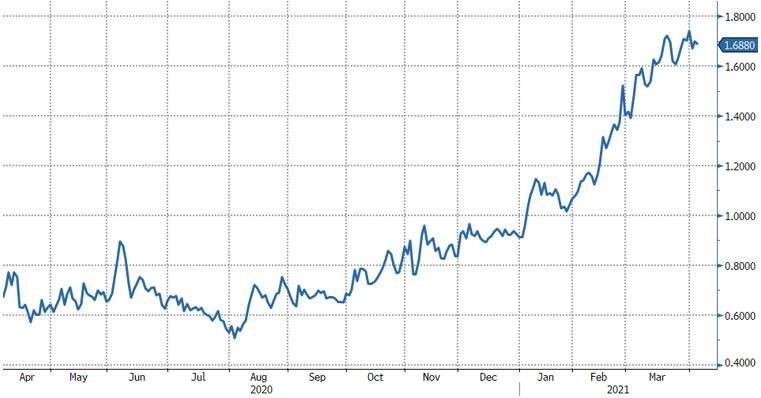 Click here for more DL Reports
Rate Rise Not Over Yet

Don’t Be Fooled By Opaque Data
Scroll to top