Last Week: To say the BREXIT vote made for a lively end to the week is an understatement, though markets regained some composure from the early panic as markets made up some of the initial, knee-jerk losses. The 10-year Treasury traded 13bps lower to 1.5599%, while 1-month LIBOR declined 27bps to .4493%.

This Week: US economic data releases are a side show at the moment as the market focuses completely on the impact of BREXIT on both the US and the world. While data on the calendar is important, it’s not important enough to make an impression against the dominant BREXIT story. 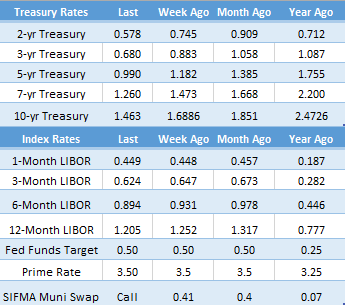 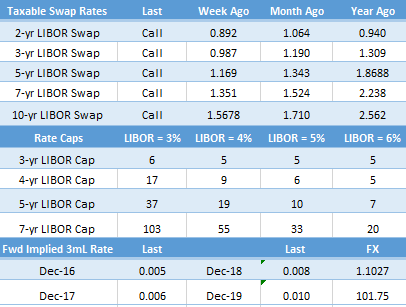 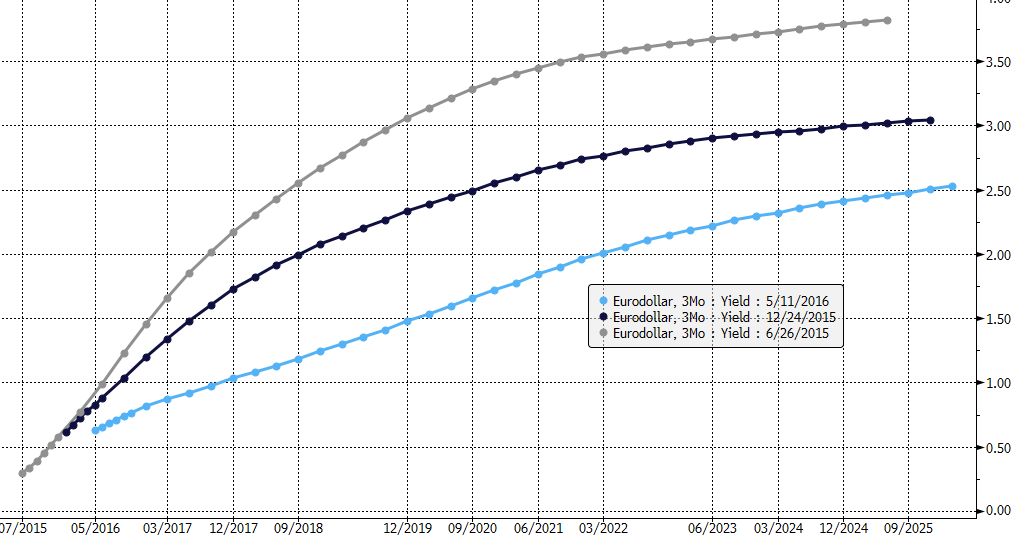 Click here for more DL Reports
What BREXIT Means for Interest Rates Jobs Data to the Rescue?
Scroll to top