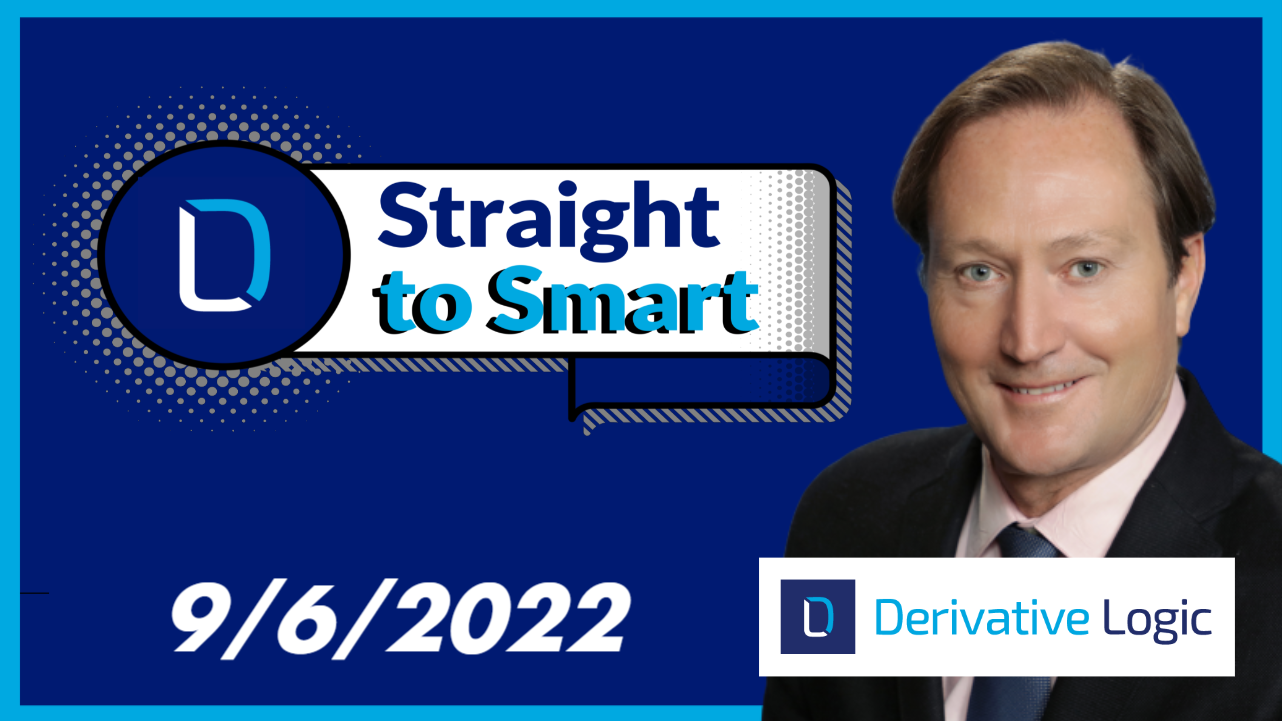 What You Missed: A less-than-stellar reading of the jobs market implied that the Fed’s rate hikes are working to slow the economy, prompting many to conclude that that the Fed may not need to hike as much as they claim publicly. The data pushed short-term interest rates, which are highly sensitive to perceived moves by the Fed, slightly lower, while driving long-term rates, which are more influenced by the projected state of the economy, higher.

For the week, rates on the short-end of the curve ended the week nearly flat, after giving up gains seen earlier in the week on Friday on the back of the lukewarm jobs report. Further out on the curve, the 10-year Treasury ended up 9 basis points to 3.19%. Elsewhere, the price of a barrel of West Texas Intermediate crude oil fell to $88.50 from $92.25, as the US Dollar strengthened, and Gold weakened.

By the end of last week, the implied yield on the March ’23 Fed funds futures contract  – the rate market’s best guess of how much more the Fed will hike from here – stood at 3.83%, down slightly from 3.84% this time last week.  The futures market still anticipates the Fed funds rate peaking around March/April ’23, then slowly drifting lower by ~ 40 basis points into year-end ’23.

Jobs market not as hot as feared. Financial markets were prepared for another extremely positive August jobs report last Friday following news of a flurry of new job openings and a decline in unemployment claims earlier in the week. Instead, as a respectable 315k in new jobs were added in August, data for the previous two months were revised sharply lower, by 107k positions. Average hourly earnings (wages) increased to 0.3% month over month, down from 0.5% in July, while the unemployment rate increased to 3.7% from 3.5%, mainly due to a rise in the labor force participation rate – the biggest surprise in the jobs data – to 62.4% from 62.1%. The surprise rise is a signal of an easing labor shortage as some previously unemployed individuals were pulled off the sidelines.

Our take: All told, the data were likely viewed by the Fed as a step in the right direction, as an increase in labor supply could help moderate wage growth and thus inflation, paving the runway for the economic soft landing the Fed seeks to engineer. If people joining the workforce + strong hiring dynamic continues, wage growth could moderate, easing the Fed’s inflation burden. That’s a dream scenario, but one we doubt will come to fruition as the negative effects of America’s aging population, victims of long-COVID, and businesses’ eagerness to hire and retain workers amid a shrinking pool of job-seekers all erode the prospects of an ever-increasing participation rate. The likelihood of a 75 basis-point hike at the Fed’s  September 21st Fed meeting receded slightly in the wake of the data, to about 65%. All told, the looser financial conditions implied by the jobs report and related data make the Fed’s inflation fight tougher, presenting it with a communication challenge ahead of the September policy meeting.

Other data implied the US economy isn’t anywhere near a recession. Recent gauges of the state of US manufacturing and how consumers feel about their futures – via the ISM Manufacturing and consumer confidence survey – are the latest activity indicators to surprise on the upside, adding to growing evidence that America’s economy is far from falling into a recessionary funk.

The ISM manufacturing gauge was steady at 52.8 in August, coming in stronger than consensus (51.9). A resurgence in new orders and employment activity alongside widespread optimism combined with a drop in input prices kept orders solid. Consumer confidence jumped 7.9 points in August to 103.2, its highest level since May, as consumer views of current and future incomes notched higher alongside a drop in gasoline prices. Taken together, the data gives the Fed confidence that the US economy is strong enough to weather its aggressive rate hikes thus far, and even those planned for the immediate future. It tells us that a 75-basis point hike later this month is a real possibility.

Quantitative tightening pressures rates higher. Remember the Fed’s efforts to unwind its massive balance sheet? We sort of forgot about it too amid all the inflation drama. The Fed’s quantitative tightening program will hit its stride in September, draining $95 billion from the economy each month, $60 billion in Treasuries and $35 billion in mortgage-backed securities will be allowed to roll off the central bank’s balance sheet and back into private hands, putting upward pressure on term interest rates and reducing liquidity in the US financial system. That’s up from the combined $47.5 billion that has been rolling off since June.

Are you attending the California MBA’s Western States CREF Conference in Las Vegas this week? Derivative Logic will be there. Look for Jim Griffin, Chris Hunt and Kevin Morse roaming the conference hall. To schedule a meeting, reach out to us@derivativelogic.com.

What to Watch This Week: The lasting impact of inflation on America’s economy will depend on how credit spreads, the dollar, and Treasury yields are affected. On the one hand, the worsening crises in Europe and China (keep reading) may induce global investors to seek shelter in US assets, lowering long-term Treasury yields, which would by extension ease financial conditions despite the Fed’s ongoing, aggressive rate hike campaign. Pulling in the opposite direction, higher inflation in Europe, mainly because of skyrocketing energy costs, could cause the European Central Bank (Thurs.) to hike rates more aggressively than expected, even amid a looming recession, which would eventually weaken the dollar. The icing on the cake is China’s ongoing slowdown, which could boomerang back to the US in the form of higher prices – initially – in the Chinese made goods we all know and love. The crosscurrents are many and will likely put the Fed in an increasingly uncomfortable position as the year drags on.

In the meantime, the Fed believes that the US economy is still expanding at a respectable pace despite the growing headwinds (Institute of Supply Management-services index, Tuesday) and the jobs market is strong (jobless claims, Thursday). Unless troubles abroad become a major crisis, which is a real possibility,  it’s hard to see financial conditions loosening anytime soon.

Big Picture: The gathering storm abroad could impact US rates in unexpected ways. The latest readings on European inflation suggest the EU economy is sliding toward recession under the weight of soaring energy costs, and the worst of it probably lies ahead. European consumer prices increased by 9.1% over the previous month, up from 8.6% in July, as energy prices, driven primarily by the Russia-Ukraine war, skyrocketed. As such, fixed income markets are increasingly pricing in a 75-basis point rate hike from the European Central Bank (ECB) this week. In July, the ECB kicked off its hiking campaign with a 50-basis point hike. Such moves by the ECB haven’t been seen in years, and give the Fed confidence to continue down the its tightening path.

Elsewhere, China’s policies continue to strangle its economy. Authorities in China locked down Chengdu last week, a megacity with 21 million residents, over a spike in COVID-19 cases. Another significant commercial hub, Shenzhen, suffered a similar lock down. The on-again, off-again nature of lockdowns and restrictions makes it challenging for China’s economy to recover from the pandemic’s consequences. China’s 2022 GDP projection is now expected to come in at 3.5%, far below the government’s aim of 5.5%, and China’s currency, the yuan, is suffering, losing around 8.5% of its value since April mainly because of a succession of interest rate cuts by China’s central bank combined with the Fed’s spate of aggressive rate hikes, which draw the attention of global investors is search of the safest, highest yields among the developed economies. While a weak currency makes China’s exports more competitive, it also enhances the risk of capital flight, while driving up the price of dollar-denominated raw materials, like oil.

All told, recent growth predictions for Europe and China are dim, which will likely reduce commodity prices and strengthen the dollar, clouding the Fed’s vision of the future and helping to quicken its inflation fighting campaign while giving it more room to hike rates less than expected.  Bottom line? It’s a global, interconnected world folks. Ignore the worsening events in Europe and China at your peril, as they could evolve to have a much bigger impact on US interest rates than most currently expect. 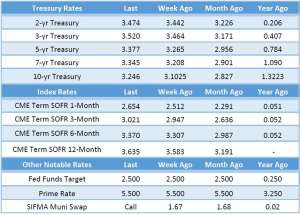 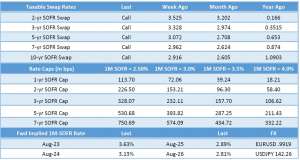 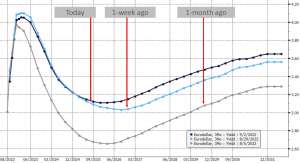 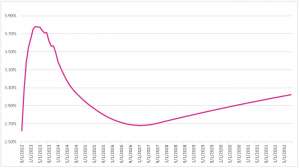 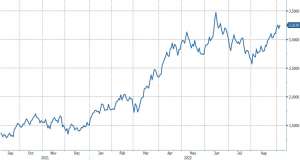 Fed to Markets – We Won’t Flinch
Scroll to top