Last Week: With last Wednesday’s Fed meeting mostly a non-event, Friday’s release of lackluster GDP data for Q2 stole the show. The 1.2% read on US growth – the worst since 2011, and less than half of what was predicted by leading economists –  evidenced a stumbling economy in the first half of the year where companies retrenched, leaving the almighty US consumer with the heavy task of sustaining economic growth.

The GDP report also included revisions to prior reports back to 2013, which showed a more pronounced slowdown heading into 2016 than previously estimated. The only bright spot in an otherwise overall bleak report was a 4.2% gain in consumer spending, one of the highest reads in eight years. The 10-year Treasury traded lower by 12bps to 1.4531%, while 1-month LIBOR climbed 1bps to .4959%. Stocks were mostly unfazed, trading slightly lower for the week. Oil fell slightly while gold traded higher.

This Week: With the Q2 surge in consumer spending seen as unsustainable, the hands-down highlight of the week ahead is this Friday’s July non-farm payrolls report. A strong job market is a necessary driver for household income and spending to propel economic growth back above trend. Following dramatic swings in the pace of hiring in May (11K) and June (287K), there is great uncertainty on the outlook for hiring. We expect a 180k increase (165k private), an unchanged unemployment rate of 4.9% and a stronger 0.3% rise in average hourly earnings. For reference, payrolls have averaged 172K over the last six-months.

Despite our expectations for a solid jobs report, a contentious presidential election and increasing uncertainty on the prospects for global growth beg the question of whether companies are willing to keep hiring at a healthy clip.

Ahead of Friday, important data releases on manufacturing, construction spending, personal income and auto sales will do little to change the new, tepid outlook on the US economy.

Take Away: GDP growth averaged a paltry 1% in the first half of the year. In order to reach the Fed’s 2% growth projection for all of 2016 – a level broadly seen as justifying a rate hike – GDP would have to reach 2.9% in the second half. A tall order indeed folks and a something we believe isn’t going to happen.  The only possible way we’d get to 2.9% growth is for labor market strength to endure, creating higher wage pressures that translate into sustained and robust consumer spending. If this Friday’s jobs report disappoints, any hope of a Fed hike before the election will be dashed for certain.

Currently, the market’s probability for a hike doesn’t broach 50% until mid-2017. With the economy so dependent on the consumer, every monthly jobs report for the rest of the year will take on more importance than usual. 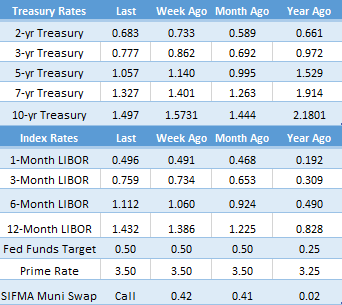 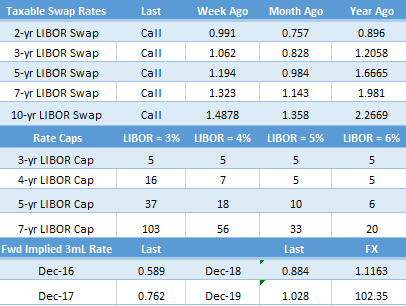 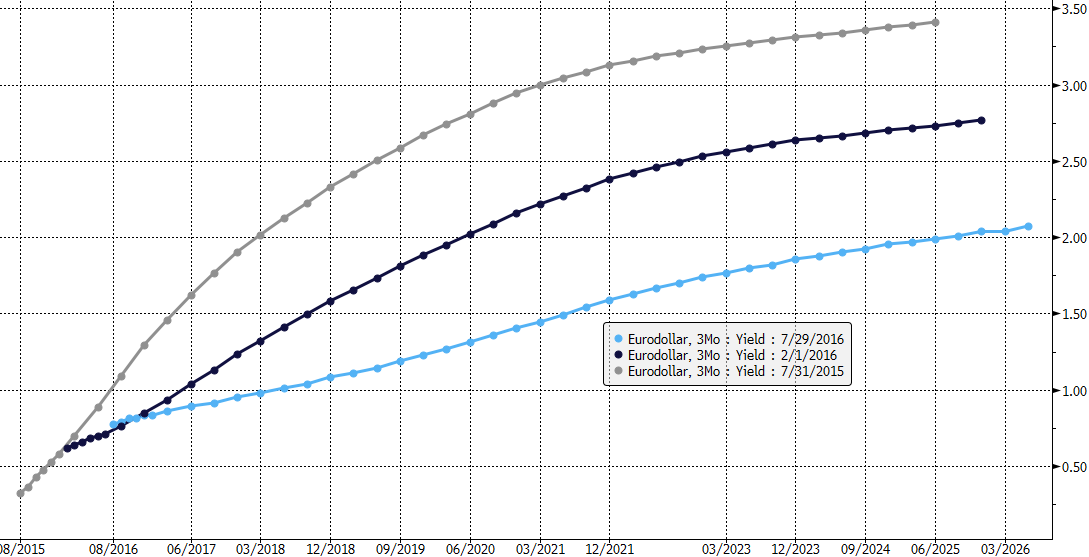