Last Week: A week of limited data and events saw previous trends maintained; what data there was, generally had a positive tone. US equity markets hit and held at or near new highs, while the US dollar rallied, oil declined and gold traded flat. The 10-year Treasury traded mostly flat for the week to 1.5835%, while 1-month LIBOR traded four basis points higher to .4904%.

This Week: The Fed will conclude yet another meeting on Wednesday.  No one thinks the Fed is going to raise interest rates, Chair Janet Yellen isn’t scheduled to hold a press conference, and there won’t be any new rate projections from Fed officials. However, in its accompanying meeting statement, the FOMC will have an opportunity to adjust its economic assessment, and in turn influence interest rate expectations for the second half of the year. Any positive revision by Fed members to their official economic assessment will signal the degree to which they’ll challenge the market’s overtly dovish (no hikes for the foreseeable future) outlook.

Other than Wednesday’s Fed meeting, the release of Q2 GDP on Friday looms large, and will likely show that America’s economy is finally reaccelerating above trend. Our 2.5% call is in line with consensus. Other data on durable goods demand, consumer attitudes, international trade, wage pressures and factory activity will offer clues into whether above-trend economic growth will continue into the second half of the year.

Take Away: Since the Fed last met six-weeks ago, the global economy has been shaken by events far beyond its purview; BREXIT rattled the UK & Europe, France witnessed a new terrorist attack and a military coup almost succeeded in Turkey. In contrast, economic and finanical news back in the USA has been mostly positive. Despite the relative calm in the US, we see no Fed hikes through September and possibly through year’s end.

For the near term, the trend for yields has been higher, however slowly, after the BREXIT-induced yield dump a month ago, and we see no reason to break the trend in the coming week. Events that could alter this expectation lie in the Q2 GDP data and the Fed’s official statement from this week’s meeting.

Five things we’ll be watching for in the Fed’s post-meeting statement: 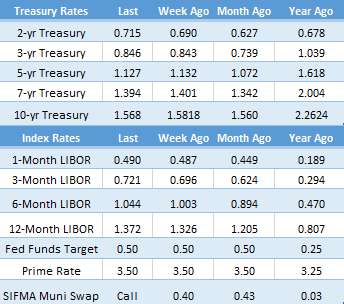 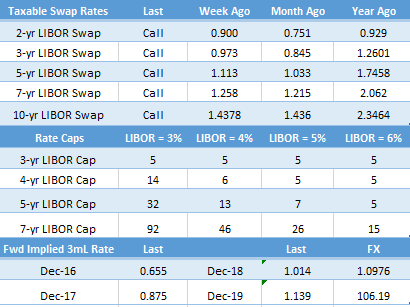 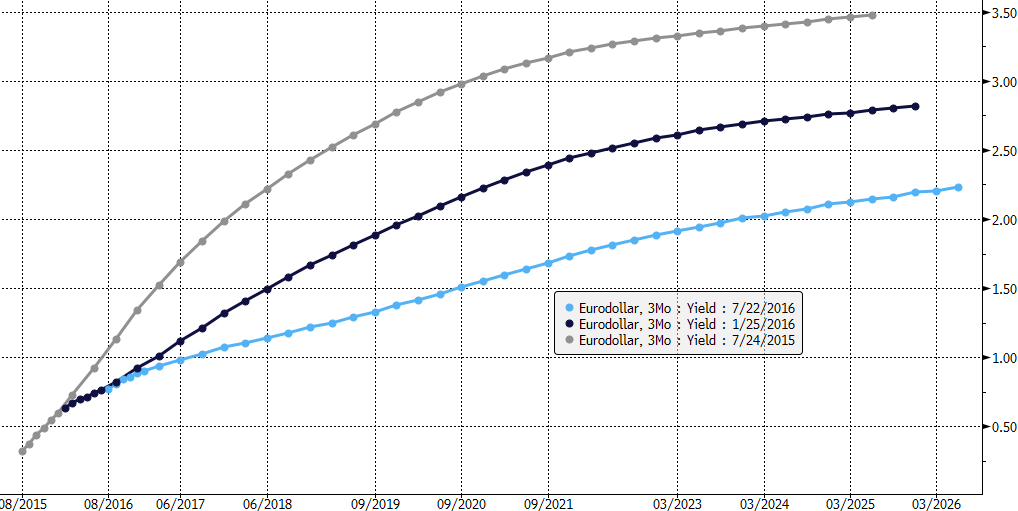