Last Week: Interest rates and equities global equities drifted lower on the week, weighed down by contagion fears emanating from an intensifying Turkish currency crisis. The yield on the US 10-year note fell in reaction to the situation, slipping to 2.88% from 2.97% a week ago. 1-month LIBOR followed suit, dipping back to 2.0667% from 2.0825% this time last week. Oil fell $0.75 to $67.50 on the week while the US Dollar and Gold both strengthened as global investors sought a safe-haven from contagion emanating from Turkey’s troubles. Treasury market volatility, as measured by the Chicago Board Options Exchange Treasury Volatility Index (TYVIX), spiked higher to 3.94 from 3.58 a week ago.

ECB frets over Turkish bank exposures. Ahh! There’s nothing like a new geo-political crisis in the summertime. A 73% year-to-date plunge in the Turkish lira is rattling the European Central Bank (ECB). The currency crisis has raised concerns among European regulators that several large European lenders are overly exposed to Turkey. Here’s the skinny: Turkish borrowers have significant exposure to debt denominated in euros and dollars, so as the Turkish lira falls, their ability to pay back those debts erodes. As the currency fell just over 18% in one day last week, a gigantic single day move for any currency, its plunge helped push the euro to its lowest level against the dollar, around 1.1450, in over a year. The Trump administration dumped gasoline on the fire Friday, announcing that the United States will double steel and aluminum tariffs on imports from Turkey in response to the detention of an American pastor that Turkish president Recep Tayyip Erdogan believes helped organize a coup plot against him. Turkey? Who cares, right? Wrong: Most of the US Treasury yields’ move lower last week was due to the goings-on in Turkey, and geopolitics in general – ignore it at your peril. Check out the take-away section below for a deeper dive on Turkey.

Inflation pressures continue to mount. Data on Consumer and Producer prices released last week showed core inflation hitting a decade high in July, even before the impact of the recent trade tariffs has had a chance to fully feed through the economy. Against that backdrop, the Fed is almost certain to raise interest rates by 0.25% again at its policy meeting next month.

China matches US tariff hike. The Trump administration put in place tariffs on an additional $16 billion in mainly Chinese industrial goods, bringing the total volume of imports from China subject to the new 25% levies to $50 billion. China quickly retaliated, matching the US action as the country’s state media highlighted China’s readiness for a protracted trade war. Strong July export data from China was a surprise for the market, though some analysts suggest exporters are trying to ship goods to the US ahead of further tariffs. For the near-term, it looks as if the trade spat will get even worse. Efforts to restart high-level talks with China appear to have stalled, and President Trump looks keen to re-energize his base ahead of the midterm elections by following through on his threats to impose tariffs on an additional $200bn of Chinese imports. While exciting to watch the political tit-for-tat, it’s important to remember that the tariffs imposed thus far will likely have little direct impact on the US economy.

Rates lower for way longer? Ian McCafferty, who is set to leave the Bank of England’s monetary policy committee at the end of the month, said the era of low interest rates is set to last for another twenty years. Factors that have suppressed global interest rates since the 1980s, such as weak productivity growth and a buildup of savings by the baby boomer generation, will remain intact during the next two decades, he said. In the near term, rate hikes will be limited and gradual, according to the central banker. Contemplate this: The near decade-long US economic expansion is close to an all-time record in length, and headwinds are building for a growth slowdown. Today’s 2.90% US 10-year Treasury yield is near its post crisis high of 4%, dismal when compared to its 40-year average of 6.42%. We’re thinking Mr. McCafferty may be onto something.

What to Watch This Week: The days ahead present a full data docket which will give markets the first glimpse at how economic growth in Q3 is shaping up. At present, markets expect just 3.0% – a far cry from the gangbusters 4.0% GDP growth pace achieved in Q2. On whole, the data released this week is expected to be on the softer side, following a run of exceptionally strong monthly gains, and will help hammer home growing expectations that US growth is indeed moderating. Despite the slew of important economic data, it will likely all be overshadowed by the ongoing geopolitical drama.

Other important data releases include the August regional factory surveys out of the New York and Philadelphia Fed districts, which will provide more clarity on the degree to which escalating trade tensions are impeding businesses. Rounding out the data docket, Friday will bring the release of Consumer Sentiment data, which we expect to remain high, indicating that the strength of the jobs market and high level of equity prices are trumping any concerns about the impact of tariffs. All told, we doubt that the US economy is feeling any real impact from the tariffs thus far, and our focus is now on monitoring any escalation that could translate into something more impactful down the road.

Take Away: Turkey’s troubles and their impact on US interest rates is partially the Fed’s fault, and here’s an explanation why: The world is in the midst of a transition away from a long period of ultra-loose monetary conditions engineered by the Fed and other central banks. The free-flow of cash resulting from central banks’ asset purchase programs has either stopped (e.g. the Fed) or are slowing (e.g. European Central Bank). At the same time, the short end of the U.S. yield curve has risen as the Fed has hiked sequentially, and will likely continue to do so. Economic growth and interest rate rate differentials are attracting global investors to U.S. assets over their emerging market counterparts and America’s growth and yield trajectory are hard to resist. This dynamic is negatively affecting more peripheral countries in the emerging markets, like Turkey, which is experiencing considerable capital outflows. The squeeze is even worse for Turkey than other emerging market countries, due to its political spat with the U.S., the doubling of import tariffs, doubts about Turkey’s economic management and worries about political interference in its monetary policy.

Turkey’s options for evading its downward spiral are limited, and the risk of contagion to Europe (Italy and Spain specifically) and other emerging economies is real and growing. Brace for more Turkey-driven volatility in US Treasury yields as the situation plays out. 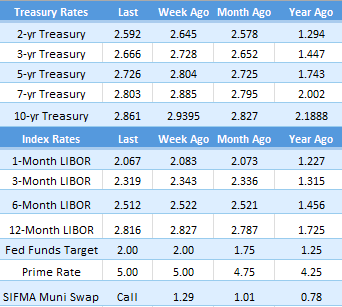 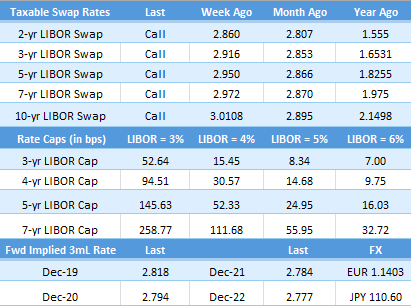 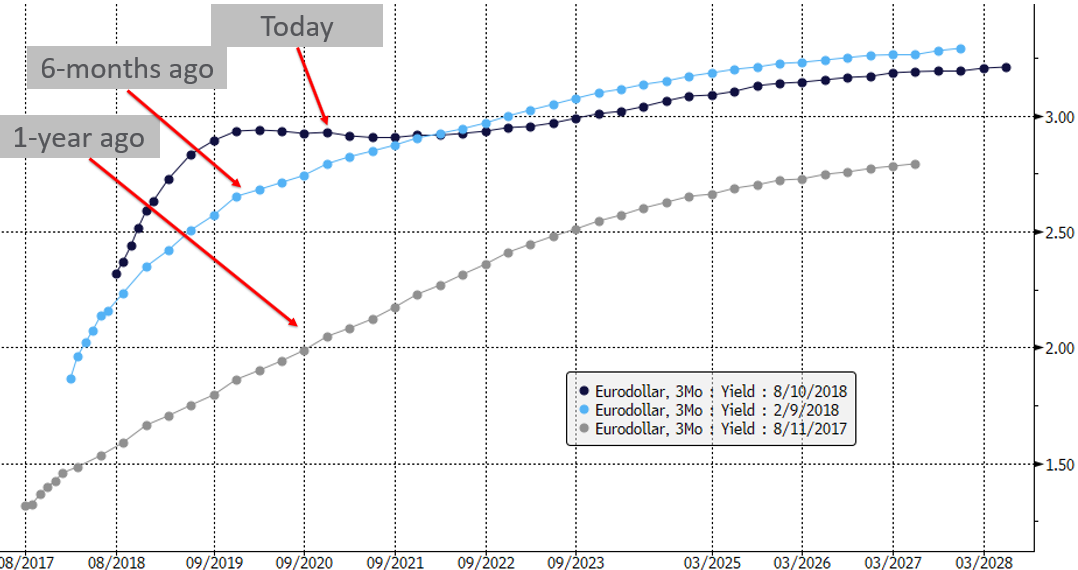