Last Week: US Interest rates rose and global equities staged a relief rally after centrist Emmanuel Macron advanced to the final round of the French presidential elections, edging out populist Marine Le Pen and for the moment, dashing fears that France will leave the EU. US Treasury yields backed up to 2.31% from 2.22% a week ago and 1-month LIBOR rose to .9950% from .9910% the week prior as risk aversion ebbed. Oil prices and Gold fell, while the US Dollar strengthened. Market volatility, as measured by the Chicago Board Options Exchange Volatility Index (VIX), shed recent gains, sliding to 10.6 from 14.7 a week ago.

US Growth in Q1 Shocked to the Downside. Restrained by weak consumer demand, 2017 got off to a sluggish economic start, with the economy growing just 0.7%, the weakest quarter of growth in three years. Harsh winter weather has often been blamed for weak growth in the first quarters of each of the last several years, as the growth shortfall in Q1 has tended to be matched by an overshoot of similar magnitude in Q2. The pattern has become so established that some economists believe there are flaws in the government’s seasonal adjustment methodology. Looking ahead, forecasts for Q2 growth are running in the 3% to 4% range.

We stand by our view that Q1’s economic growth followed the usual pattern, and that we’ll see a strong rebound in the remainder of 2017, beginning in Q2. While investment grew at a robust and better-then-expected pace, we are a bit nervous about the weakness in consumer spending this time around, as consumers will largely determine the vigor of any growth rebound in Q2.

This Week: Its Fed and Jobs week, and two main factors will drive the markets attention in the days ahead. First, markets will seek to confirm, via the Fed’s post-meeting statement, that Fed Chair Yellen and crew will dismiss Q1’s weakness, and second, multiple economic data releases will offer clues as to whether income growth, spending and broad economic activity are on solid footing for a growth rebound in Q2.

While every Fed meeting is important, this week’s is mostly a non-event, offering no press conference and no new economic estimates. A “no change” in rates is highly likely, and the accompanying statement will see recent economic weakness as temporary. A slew of official speeches from Fed officials pepper the week.

Friday’s employment report is the data highlight of the week and should see a rebound to 225k from the 98K low in March. The six-month hiring average is now 163K, versus 237K a year ago. We expect average hourly earnings to pick up to 0.3%, with the unemployment rate correcting higher to 4.6% from 4.5%. While Q1 data has tended to be strong in sentiment indicators but less impressive for hard data, we believe the reverse will be the case in Q2, and the first clues of such will come this week in gauges of manufacturing and services data which should post strong performances.

Take-Away: Will the recent economic weakness be dismissed as yet another bout of seasonality, or is it the beginning of a prolonged period of anemic growth of an economy that is deep into economic expansion? We see the glass half full and aren’t quite ready to dash belief in brighter economic days ahead. Since no Fed rate hike this week is a given, most in the market suspect we’ll see the next hike in June, and currently assign a 70% probability of such. The main challenge of Fed officials in the interim is to effectively communicate that weak Q1 growth is an anomaly, and that the Fed’s intention to slowly normalize interest rates remains in place.

This week’s jobs report takes on more significance than usual given March’s poor 98k showing. If the almighty American consumer is to continue supporting growth, sturdy wage and salary gains are critical. Any softness in the jobs numbers – specifically income growth – will breed doubts that the economy can rebound as vigorously as expected. 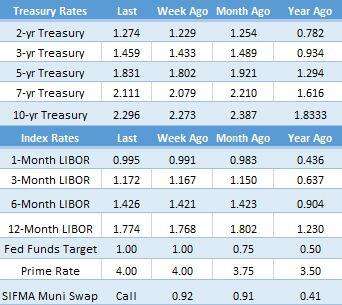 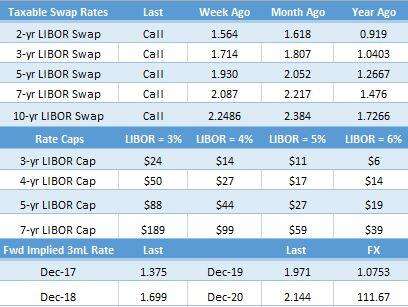 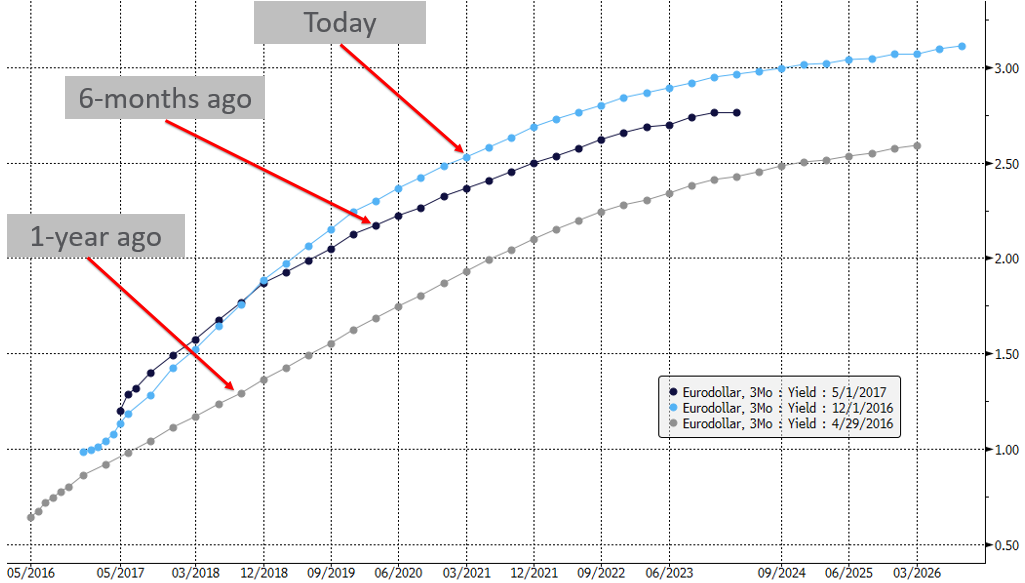 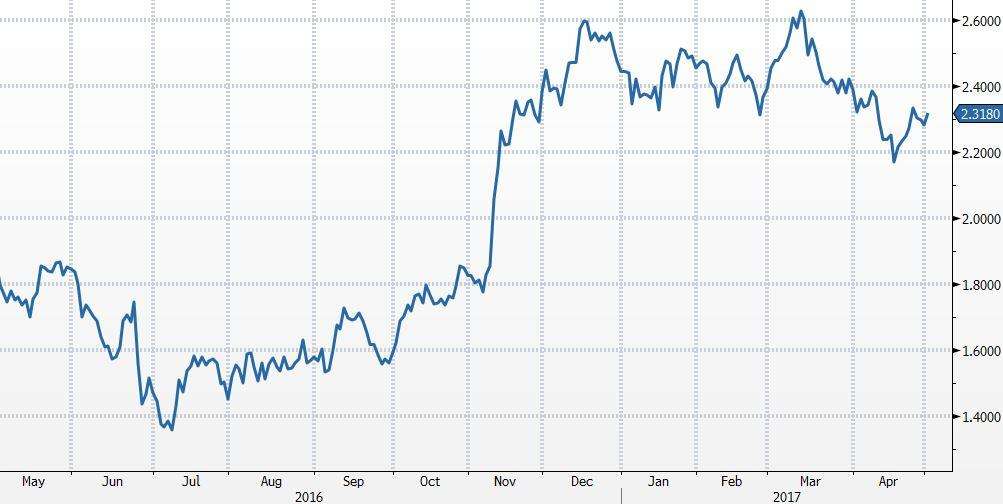 Source of graphs above: Bloomberg Professional

Dodd-Frank and The Illusion of Transparency
Scroll to top