Last Week: It wasn’t the most exciting end to the quarter, though the Treasury yield curve steepened on the back of a flood of Fed official commentary. Yields, global equities and Oil rose, while yields on 10-year US Treasury notes held steady at 2.41%. Volatility, as measured by the Chicago Board Options Exchange Volatility Index (VIX), held steady near 12.

Q4 US gross domestic product was revised up to a 2.1% annual rate from an earlier 1.9% reading. Corporate profits showed healthy growth of 9.3%, though the persistent US trade deficit restrained economic growth. The picture isn’t looking good for Q1 2017 however, with uninspiring news on personal consumption showing its worst quarterly performance since 2009. With consumers being the critical engine of growth in previous quarters, the stall raises alarms and paints a bleak picture for Q1 GDP. Sluggish growth is now widely expected to have persisted into the first quarter of 2017.

In international news, the United Kingdom formally began the process of withdrawing its European Union membership by triggering Article 50 of the Lisbon Treaty. The UK and EU now enter into a two-year negotiation to iron out such thorny issues as the legal status of EU citizens residing in the UK and that of UK citizens living within the EU, “hard” or “soft” borders and how – and how much it will cost –  to extract the UK from the EU’s finances. Also, last week, the Scottish parliament voted 69–59 to authorize a second referendum on independence from the UK. Scotland voted to remain in the EU in last June’s Brexit referendum.

This Week: A now uncertain consumer outlook will be further clarified in this week’s data releases; gauges on auto sales will serve as a proxy for household demand, and Friday’s all-important jobs report for March will signal whether consumers’ income gains can translate into a spending rebound in the second half of 2017. Other important data on March manufacturing activity and the release of the March 15 Fed meeting and scheduled speeches by several Fed officials will round out the week’s economic calendar.

We expect demand for autos to remain strong, but this week’s data may be aberrated due to inclement weather in March. For manufacturing, we’re expecting a pull-back from the outsized gains seen after the presidential election, but believe activity will remain well into expansionary territory. For jobs, this week’s report will provide two critical signals: if hiring momentum is indeed increasing, or whether the upside surprise in February’s report was an anomaly.  Secondly, if the higher consumer income trend, and hence consumer spending, is truly in jeopardy following a weak start to Q1. We’re expecting 175K in new jobs for March, materially lower than February’s 235K and the six-month trailing average of 194K.

Take-Away: After a well-executed communication campaign over the last several weeks, Fed officials seem to hold a unified view that we’ll get two additional hikes this year, with the next one likely to occur in June.

While Fed hikes will certainly raise short term interest rates, we’re firm on our view that long term rates – 10 years and beyond – won’t rise nearly as much as most believe. Why? Three reasons:

2) After suffering a stinging defeat in his first major legislative initiative, the economic benefits of the Trump administrations promised aggressive fiscal agenda will be smaller and come later than expected. Trump’s attempts at tax reform won’t come any easier, as the approximately $1 trillion in savings over 10 years that was expected from the repeal of Obamacare is now off the table. Trump must now decide whether to risk further political capital by advocating an ambitious comprehensive tax reform plan or to play it safe and advocate a smaller program of tax cuts. Will Trump go big or go home? Since these things tend to drag on, markets likely won’t receive the fiscal stimulus they’ve been expecting until next year either way.

3) While the economy is indeed improving, the gap between multi-year high consumer and business sentiment and actual production data like GDP, business investment and industrial production remains wide. The scenario makes markets cautiously optimistic but nervous, and limits the degree to which investors are willing to invest in higher risk investments versus safe, predictable government bonds. At the moment, these economic doubts establish an inherent demand for long-term government bonds which will continue to keep long-term yields low, despite Fed rate hikes and other central banks pulling back from easing.   While there may be many reasons to be encouraged about the economic outlook, the recent surge in soft data isn’t one of them. 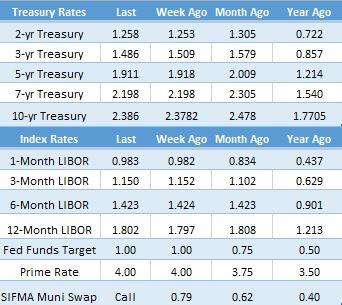 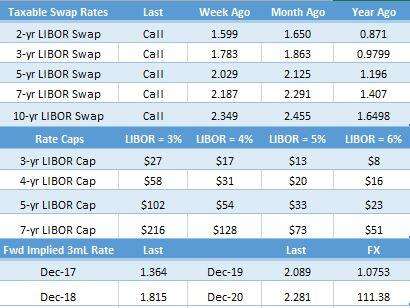 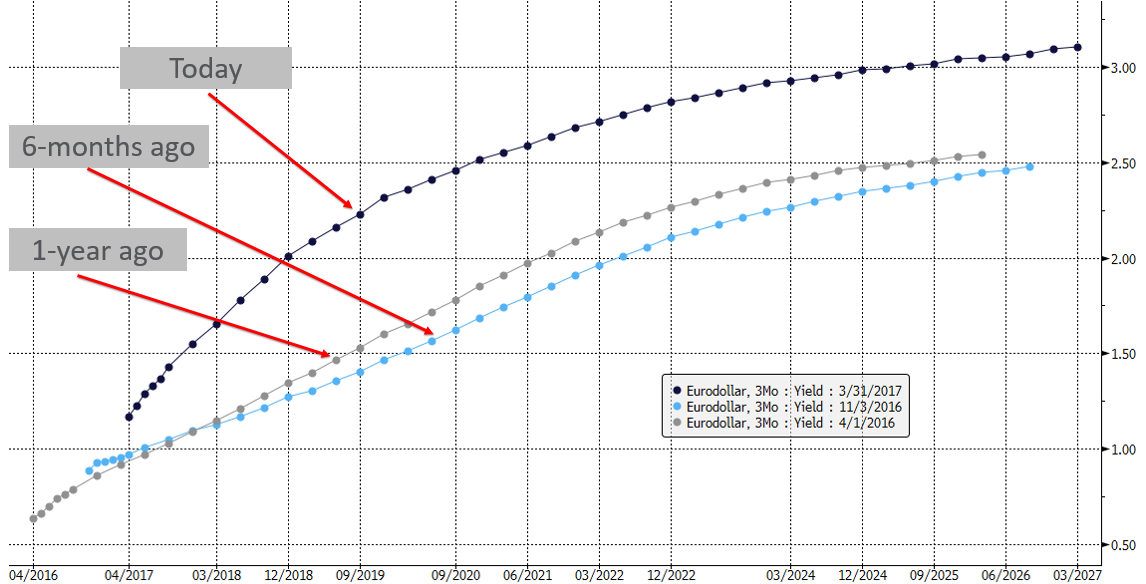