Interest rates were mixed, and equities traded near record highs as news that America’s jobs engine hummed in January spurred investors into riskier assets. The 10-year Treasury yield rose six basis points to 1.58%, after hitting an intra-week high of 1.65%, while 1-month LIBOR fell by just one basis point to wrap the week at 1.66%. A barrel of crude oil rose slightly to $50.32, as the US Dollar strengthened, and Gold weakened.

Blowout January jobs report confirmed a robust hiring trend. In what is historically the most important monthly economic data for interest rates, January’s jobs report showed the number of new jobs surged 225k, well above the consensus estimate of 165k. The hiring gauge follows a 147k gain in December. The previous two months were revised up by 7k on net. After revisions, the pace of job gains now averages 211k over the last three months. The jobless rate crept higher in January to 3.6% thanks to a rising labor force participation rate, and wage gains were muted, up only 0.2% after a paltry 0.1% increase the prior month. All told, the report is encouraging – particularly for consumer’s income and spending prospects – the only real driver of America’s growth at this point. Despite the good news on jobs however, Treasury yields responded in a more muted fashion than normal, as news of the spreading of the coronavirus took some of the shine off what would have otherwise been a rosy economic picture. Yields are stuck near the bottom end of their recent range.

Who’s hiring – and firing? The biggest contributors of new jobs last month were the education and health care sectors. Unsurprisingly, the health-care industry has become a major supplier of jobs amid an aging population and will likely become even more so as time progresses (medical office, anyone?). On the flip side, the manufacturing sector continued to cut jobs last month, as factories just aren’t ready to expand and hire workers despite the recent de-escalation in US-China trade tensions.

Other data look good on the surface but beware the details. Seemingly positive reads of both the services sector and durable goods orders activity for January released last week painted a positive growth picture, but a look deeper reveals all is not as it seems. For durable goods in particular (items like automobiles, books, home appliances, consumer electronics, furniture, etc.), orders rose 2.4% in December, following a downwardly revised 3.1% drop the prior month, handily exceeding consensus expectations for a 0.3% rise. However, the strength in December was entirely concentrated in a near-doubling of defense capital goods orders; you know, like missiles, tanks and the like. Elsewhere, the details were weak, with a clear lack of dynamism in the consumer goods categories, which posted the largest drop since April.

All told the data show that business capex is still flat-lining, and that it will take a resumption in profit growth and stronger global demand to spur a pickup in capex, despite the improvement in business sentiment emanating from the phase-one US-China trade deal. And what’s the outlook for corporate profits you ask? Corporate profits are down 0.9% from their 2018 average through Q3 of 2019. The negative trend will continue to weigh on business investment and hiring decisions. At the end of the day, it’s still the almighty consumer driving US growth.

Coronavirus is clouding the growth picture, with a lagging effect. America’s overall hiring trend remains robust no doubt, providing a sturdy foundation for US growth. However, don’t party with abandon just yet, as the positive outlook is due to be challenged in near term by weak global growth in general and coronavirus supply-chain disruptions in particular.  This will hit America’s already weak manufacturing sector hardest. Hiring in the manufacturing sector has netted to zero over the past four months and ongoing production issues at Boeing, flat automobile demand, renewed strength of the dollar and now potential supply-chain disruptions out of China all threaten to extend the manufacturing soft patch for several more months. While the coming manufacturing downturn will won’t pull the broader US economy down with it, it will drag on US growth prospects over the next couple of quarters, and further, given the importance of manufacturing in several critical swing states, it could have ramifications for the November elections. Ignore the ripples the virus outbreak will have on US manufacturing at your peril.

What to Watch This Week: Markets will be focused on three major topics in the days ahead: 1) The official results in Iowa’s Democratic Caucuses, 2) the continuation of Q4 2019 corporate earnings season, and 3) ongoing coronavirus concerns.

The most important item on the data calendar is the most recent measure of inflation but given how subdued it has been over recent quarters, no one will worry about inflation until the Fed does. And given the likely slowdown in purchases due to the coronavirus, that won’t come anytime soon. For Fed speeches this week, Tuesday and Wednesday’s testimony from Chairman Powell is unlikely to signal any change in the Fed’s “on hold” stance, but markets will be watching intently regardless for any comment regarding the coronavirus and the Fed’s view of its potential impact on monetary policy.

Take-Away: For interest rates, the state-of-play is one where Treasury yields remain in their current ranges with the 10-year Treasury yield in particular stuck in a 1.50% – 1.70% range.  We likely won’t see any breakout – above or below that range – until the Fed shifts to a more hawkish stance. With more negative possibilities rather than positive ones lurking in the shadows, it’s more likely that yields have more room to fall than to rise.

Paying attention to the stock market will give our readers more excitement than focusing on Treasury yields in the week ahead however, with the former trading near all-time highs amid a declining trend in corporate profit margins. The stock market and Treasury yields are more related lately than one would think, given the assumption that the Fed stands ready to cut in the event of a large stock market sell-off. This assumption is best seen in the market’s current belief that we’ll witness a rate cut as soon as September. For the moment, we expect the Fed to hold rates steady until 2021, although all eyes will be on Fed Chair Powell’s policy report to Congress on Tuesday and Wednesday for any hints to the contrary. In the meantime, we’ll leave you with this: If the stock market is hitting all time highs and unemployment at 40-year lows, why is America’s economy only growing at 2%? Stay tuned next week for the answers. 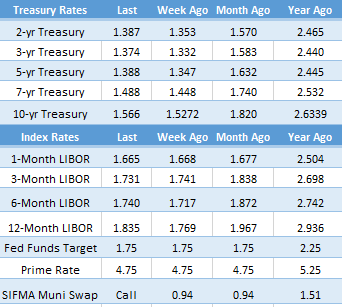 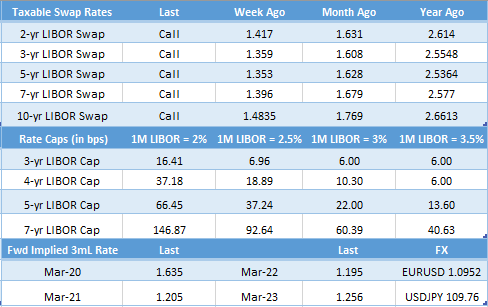 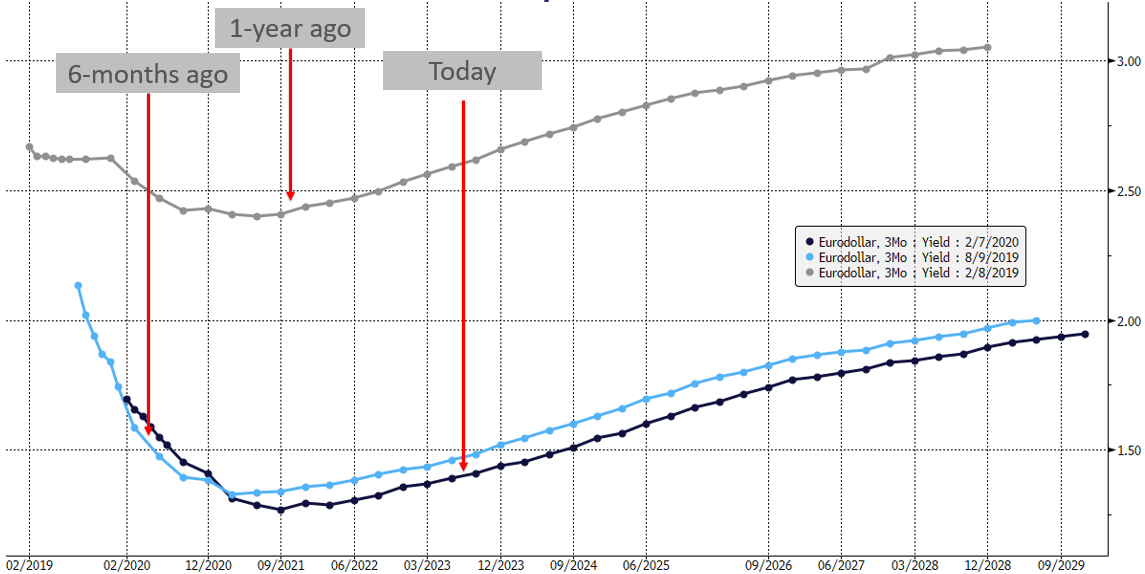 Freddie’s Move to SOFR Got You Rattled? Relax.
Scroll to top