Last Week: Interest rates were mixed as equities extended gains amid continued evidence of a synchronized upturn in global economic growth. The US 10-year Treasury note rose 5 basis points to 2.46% while 1-month LIBOR declined to 1.5520% from 1.5617% the week prior. Oil rose slightly, the US Dollar held at its recent lows and Gold traded flat. Financial market volatility, as measured by the Chicago Board Options Exchange Volatility Index (VIX), continued to fall, wrapping the week at 9.25, down from 10.4 the week prior.

December job gains fell short. Non-farm payrolls rose less than expected in December, adding 148,000 new jobs versus expectations for a gain of 200,000. The unemployment rate was steady at 4.1%, and average hourly earnings advanced an expected 0.3%. For 2017, the US economy added a total of 2.1 million jobs, the seventh consecutive year of gains in excess of 2 million, and he unemployment rate is the lowest it’s been since 2000. Markets largely shrugged off the jobs report, believing that it was payback for an exceptionally strong November 2017 and that it won’t materially change the widely-held outlook for a robust 2018.

Eurozone inflation dipped further below ECB target. Inflation at the headline level fell to 1.4% in December in the eurozone, well below the European Central Bank’s target of close to 2% (sound familiar?). Core inflation held steady at 0.9%. The decline in inflation comes at a time when the ECB, just like the Fed, is dialing back its monetary accommodation via asset purchases. A continued decline in inflation could call into question the ECB’s ability to fully wind down that program by the end of this year, as markets had expected. Don’t think it matters? Think again. While US government bonds offer some of the highest yields available from any developed economy, as Europe and Japan slowly emerge from quantitative easing and embark on “quantitative tightening”, US Treasuries will look less appealing to investors, slowly but surely eroding support for US yields. It’s a big world folks – ignore events outside of the US at your peril.

Further proof that the global economic rebound lumbers on. Purchasing managers’ indices – a widely viewed gauge of manufacturing activity –  showed solid growth to close out 2017. The eurozone index hit a record at 60.6. Globally, the JP Morgan Global composite manufacturing index rose to a near-seven-year high of 54.5.

What to Watch This Week: It’s a busy week all around, with markets finally getting back to real business after the holiday. On the data front, it’s all about inflation gauges, with important releases on the state of consumer and business prices on tap late in the week, that are without a doubt the stand out data events in the days ahead given last weeks’ ho-hum jobs report.

The Fed speaking circuit is ramping up, with at least eight Fed officials on the calendar to give speeches throughout the week. Markets will also be watching Congress’s progress toward avoiding a government shutdown given that there is just eight working days (two four-day work weeks) before their self-imposed funding deadline.

Take-Away: Several factors have aligned in recent weeks that should be pushing rates higher; the labor market is near full employment, the US Treasury is set to increase bond issuance to fund the Federal deficit, and the Fed has started and will soon increase the pace of trimming its balance sheet. The missing ingredient for higher rates? The lack of inflation.

Given that last week’s jobs report’s impact on interest rates was a dud, markets will be totally focused on Friday’s release of inflation data for December 2017 (aka the consumer price index) for near-term direction. Don’t get too excited. We doubt consumer price growth staged much of a pickup late last year beyond its most recent 1.7%, despite growing expectations for inflation to finally eclipse the Fed’s 2% target at some point this year.  If the economy keeps growing at a healthy clip, inflation will show up eventually, but we likely won’t see any real sign of it until late 2018 or early 2019 at the current economic pace.  Until wage growth picks up, inflation will remain muted, affording the Fed plenty of runway to continue to nudge rates higher at a gradual pace as they did in 2017. 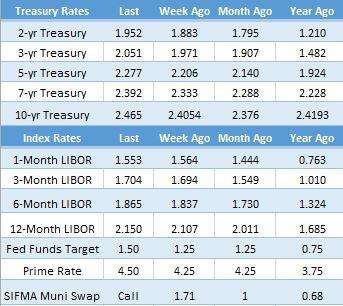 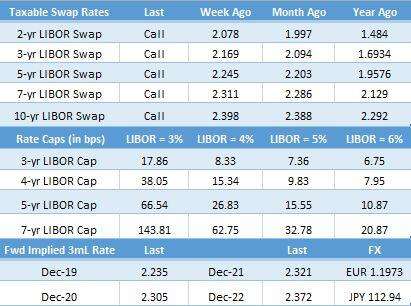 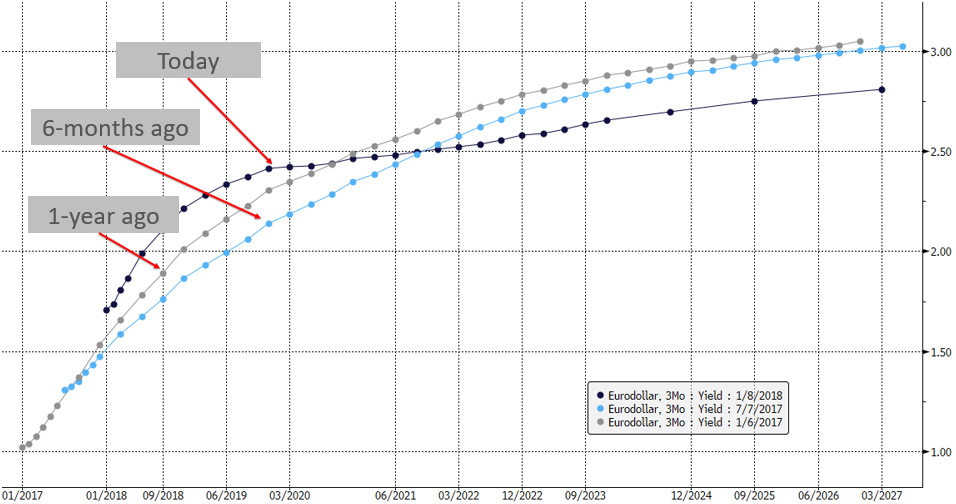 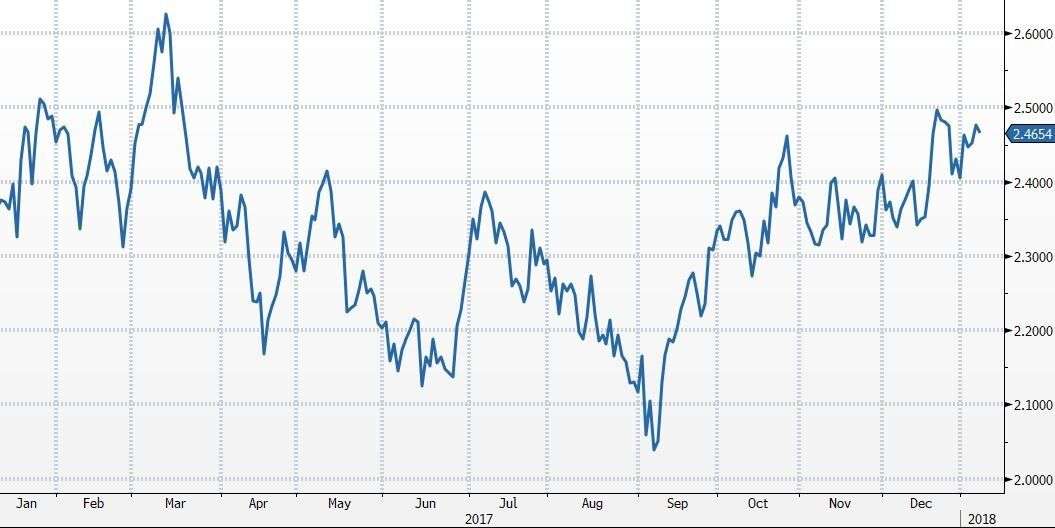