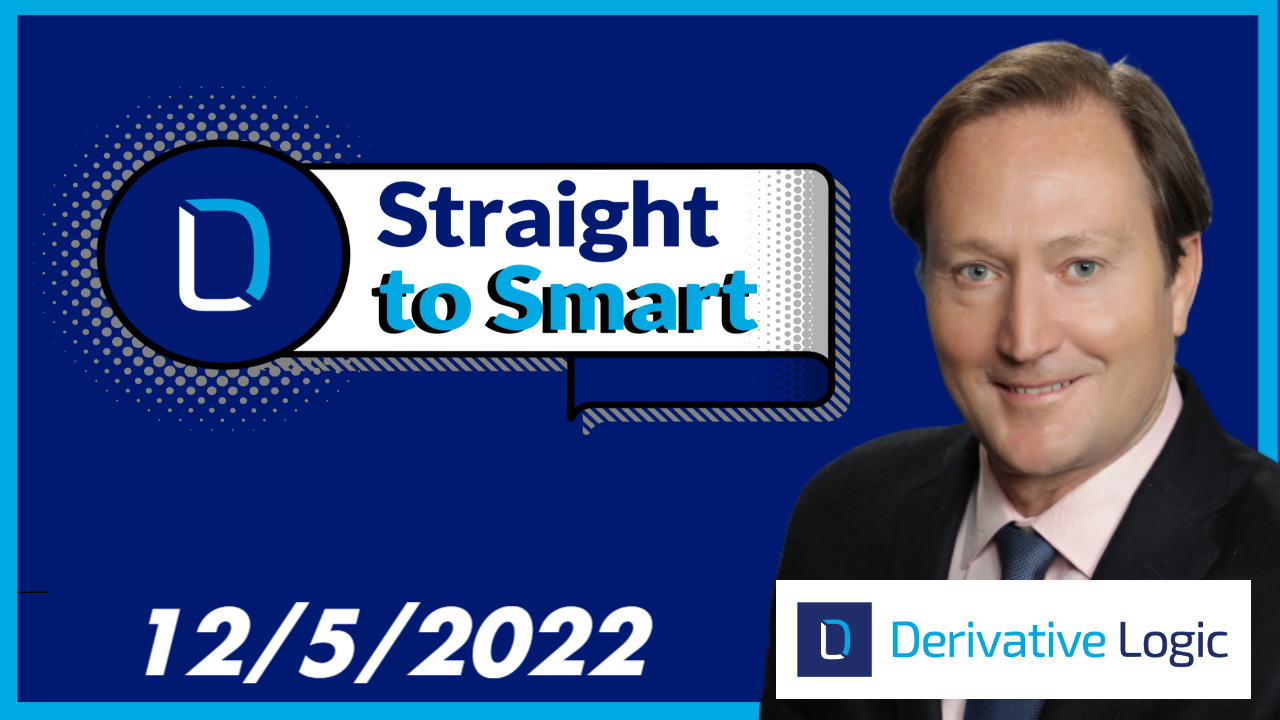 Yields across the maturity spectrum again fell to multiweek lows, after economic data reinforced the need for more rate hikes from the Fed, calling hopes for an economic soft landing into question.

For the week, the 2, 5, 10 and 30-year US Treasury yields fell a respective 10, 23, 20 and 17 bps. Overall, the continued drop in yields reflects the financial market’s belief that short-term rates are indeed going higher, but that the US economy won’t be able to sustain higher rates for long.

Elsewhere, global equities shed some of their early-week gains, while the price of a barrel of West Texas Intermediate crude oil rose $4 to $81.60 amid a weakening US dollar and a higher price for Gold. The US 2-year vs. 10-year Treasury yield spread, a widely watched barometer of the likelihood of a looming recession, returned to its most inverted level since the early 1980’s (-0.79%). What’s driving the persistent and pronounced curve inversion? Front-end rates, e.g., the 2 and 3-year Treasury yield,  are holding relatively steady, but demand for Treasuries with longer tenors, e.g., the 10-year and 30-year, is intensifying as the odds of a recession increase.

3-month (CME) Term SOFR, a useful gauge of hedging costs due to its liquidity, continued its relentless ascent, rising 7 basis points last week to 4.45%, yet another new high for the three-year-old index. The implied yield on the 3-month SOFR futures contract 1-year forward (December ‘23) fell twenty-one basis points from this time last week, in concert with the fall in Treasury yields, to 4.61%.  The SOFR futures continue to imply that markets expect 3-month SOFR will peak next spring – along with the Fed Funds rate – near 5.25%, followed by a gradual decline over the next three years as the Fed eventually eases.  Finally, interest rate volatility, a key driver of the cost of rate caps and other option-linked interest rate hedges, continued its recent decline, but remains elevated historically.

Financial markets had hoped that slowing US job growth would give the Fed more confidence to gradually remove its foot from the monetary brake pedal. That optimism evaporated early last Friday morning when nonfarm payrolls data was released, showing that America’s jobs creation engine remained robust in November, the exact opposite of what the Fed wants to see.

The number of new jobs increased by 263k, more than predicted, and October’s number was revised up by 23k to 284k. Most alarming for the Fed was the 0.6% month-over-month increase in wages, the largest monthly increase of the year, erasing signals of moderation over the past few months. Measuring wages over the past year, average hourly wages increased by 5.1%, exceeding the consensus estimate of a 4.6% increase. The  participation rate decreased by 0.1% to 62.1%, also counter to what the Fed wants to see, as increased participation in the jobs market helps to loosen the tightness in the jobs market and by extension, reduce the upward pressure on wages and inflation. The unemployment rate remained steady at 3.7%.

Our take: We’ve been saying for weeks now that if you want to know what the Fed will do next, watch the jobs data. The resilient jobs market and a U-turn in wage growth reinforce a point Fed Chair Jerome Powell made in his Nov. 30 speech: Signs that wage growth is moderating are only “tentative.” The resurgence of wage growth – the most important driver of underlying inflation – demonstrates that labor shortages are keeping a floor under inflation and adds momentum to the Fed’s calls for more rate hikes.

Given how slowly the job market is reacting to the Fed’s rate hikes, it’s more likely that we’ll see the Fed Funds rate peak somewhere near 5.3%. It’s 4.00% now, implying that another ~130 basis points in Fed rate hikes lie in wait, with the next 50 basis points in hikes to show up at the Fed’s next policy meeting on December 14th. Those who thought inflation was in the rearview mirror should be disappointed. Buckle up. The jobs market is adjusting very slowly to the Fed’s rate hikes and is still far from a level that is consistent with consistently falling inflation.

We listened to the Fed Chair’s speech at the Brookings Institution, so you don’t have to. Here’s the takeaways:

The Fed Chair touched on many of the same hawkish themes that dominated the press conference following the Fed’s last monetary policy meeting in November, such as the desire to move more slowly amid uncertainty and holding interest rates high for a longer period. Powell did admit that the pace of rate hikes is likely to slow after the committee’s meeting on December 14th and acknowledged that rents, a critical component of the Fed’s preferred price gauge, have started to decline.

Chair Powell came across as more hawkish than the average voting Fed member, implying that the strong jobs market and its support to stubbornly high inflation will be resolved by the Fed forcing a reduction in demand or by increasing the unemployment rate, however, he seemingly prefers to hike rates gradually.

What to Watch This Week – Signals that Inflation, and High Rates, will Stick Around Longer than you Think

Regardless of which side of the inflation debate you sit on, there’s something for everyone this week. If you listen to the Fed, progress on inflation should be assessed in three areas: goods, housing, and services excluding housing. Inflation is already falling in the first two categories,  but for the last – services – the picture is less encouraging.

Economic data in the coming week should offer more proof that the price of goods continues to fall swiftly. The Producer Price Index (Friday) will likely reveal that producer prices, both in terms of the headline and core, are approaching a level that’s consistent with the Fed’s 2% inflation target. Near-term inflation expectations (University of Michigan, Friday), the rate at which individuals and businesses expect prices to rise inflation in the future, which has a direct impact on spending and investment decisions, also likely fell last month on the back of falling gasoline prices.

While falling prices for goods is certainly a good thing, it only accounts for one-fifth of the consumer price index (CPI) basket, the widely watched gauge, by both markets and the Fed, of overall inflation. Services, excluding those related to housing, account for another quarter of the consumer basket, and, according to Fed Chair Powell, show only “tentative” signs of cooling. Coupled with the robust November jobs and wage data, it’s likely that the ISM Services gauge (Monday) will confirm that inflation is alive and well in the service sector. All told, after inflation completes its moderation in goods and housing next year, it is entirely possible that inflation may begin to creep back up unless monthly job growth slows sharply, smothering demand. As such, we’re sticking to our mantra: if you want to know what the Fed will do next, watch the jobs data.

Big Picture – Is Tech-driven Productivity All It Seems?

Our Derivative 101 Seminars include a section on why the 10-year treasury yield has steadily declined over the course of decades.  One of the primary reasons yields have fallen is increased productivity gains = lower cost of goods and services.  Some of us remember Inter-Office envelopes, bicycle messengers, The Commodore 64, and a mobile phone the size of a brick.  Because technology has made us more efficient, we are now able to provide products and services at a cost well below the time and labor required 20-years ago, and as a result, get more confortable with making an investment decsion, since all the information we need to do so is in the palm of our hand.  A smartphone has enough computing power to take us to the moon.  How much do you think your smartphone would’ve cost 40 years ago?

Let’s pivot to how technology has improved our lives and allowed us to become more productive at this moment in time. Forget about Covid and webinars because that was just a band aid.  We’re sure many small, medium and large companies are going through a tech “reboot” which means more resources dedicated to upgrades (sometimes you can’t figure out why it’s an upgrade when it created more problems), connectivity downtimes, technical support without the experience to solve complex issues (at least no ones tells us to reboot anymore or check if the cord is connected), and apps which we were told were supposed to help us do our jobs more efficiently that ended up causing havoc with other applications that takes days to resolve.  In the end, the “Productivity” app was oftentimes deleted.

Has technology reached a point where it is affecting productivity negatively?  For many of us, getting a new computer or phone is like being in a real horror movie and you are the main character.  Be prepared for hours of chats, emails, and actual human interaction with someone you must start with the retelling of the history of the dinosaurs. Any migration to a new computer or mobile phone should include enough anti-anxiety medication or wine to get one through the process.

Ask yourself if upgrading your existing phone to a new smartphone makes you any smarter or more productive.  Better pictures, social media, and…?  Is the 30-year-old HP 12C calculator obsolete?  Many would say it is still the best calculator.

Large companies have the resources and funds to upgrade their technology.  Middle market firms may have the resources, but is it worth it? Are we at a point where technology is reducing productivity gains and making our lives more stressful and less productive? Something to keep in mind when considering how best to allocate resources.

Will continued enhancements in technology have the same, positive impact in keeping yields low? We doubt it. Click here for more DL Reports
Inflections On The Horizon

Slowing the Pace
Scroll to top